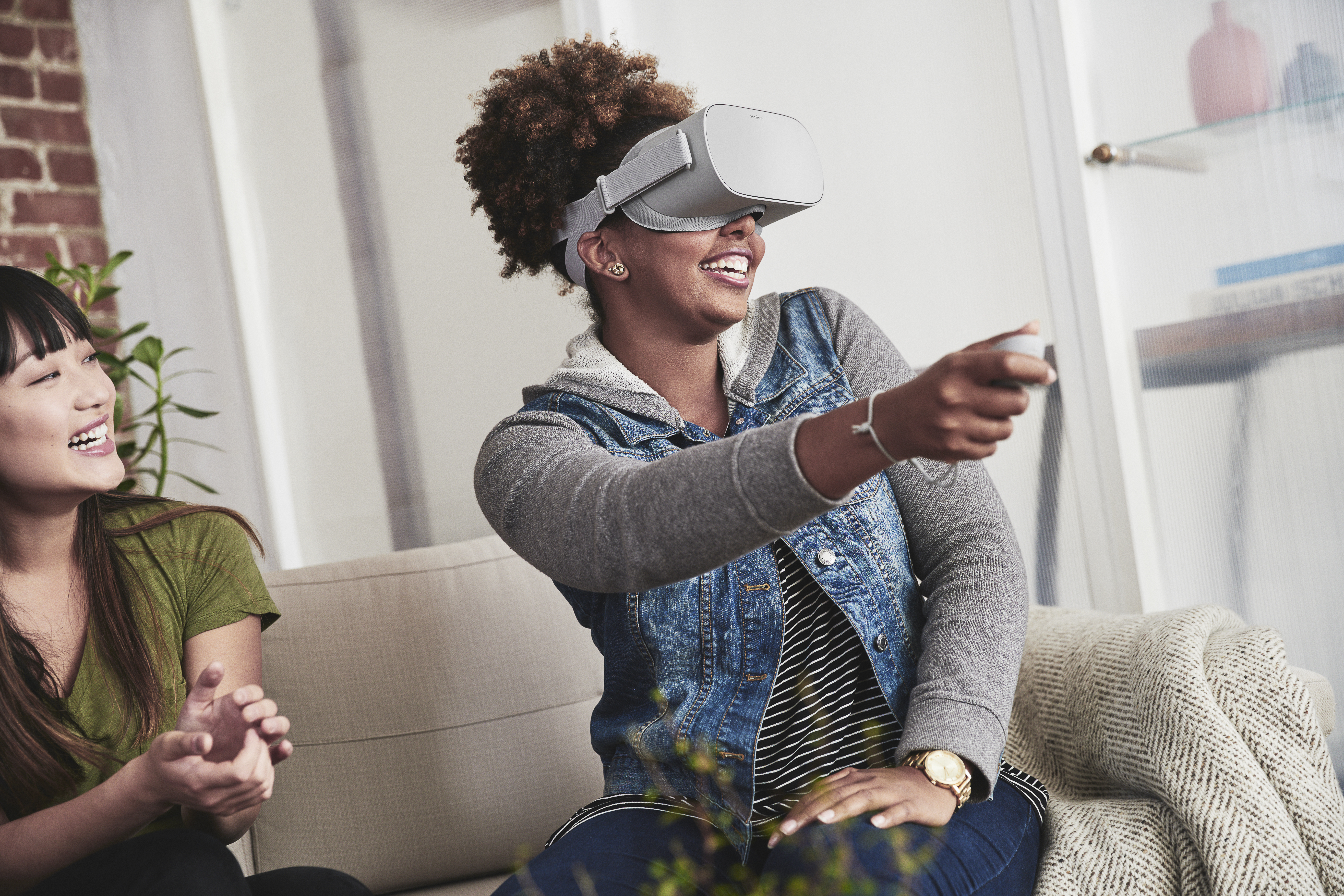 Virtual reality (VR) is one of those technologies, it seems, that will be eternally "emerging."

Don't get me wrong -- it's certainly becoming more of a household topic. Twenty years ago, one might only come across VR in museums, science fairs, and laboratories. Now, they're available for purchase by anyone who has an internet connection ... and the budget for one.

Several major tech players are trying to make VR a mainstream technology. Maybe the hardware needs to be less clunky and a wireless, lightweight headset is the answer.

Or maybe the obstacle is price point -- to which Facebook's answer (to both issues) is the wireless, $199 "affordable" Oculus Go.

Truthfully, I've always been a bit skeptical of VR. I remember being quite fascinated with it at a west coast science museum at the age of 13, and since then, my only real exposure to it has been by way of any VR-related news I've covered, or different demos I've tried at industry events.

Even after receiving a complimentary Oculus Go as a token of thank-you swag for attending F8 in May, the headset sat on my desk, neglected and unopened for over a month.

I'm in the small percentage of people who talk about technology on a near-daily basis -- and yet, I was less than enamored with the idea of giving my very own Oculus Go for a spin.

But then -- I did. And everything changed.

Despite my skepticism, I've wondered what prevents VR from becoming a mainstream technology as quickly as some of the businesses behind it wish it would. People have paid more for less practical tech tools -- things like the first edition of any new iPhone, for instance, for which masses are willing to pay the initial price.

And at the end of the day, maybe VR isn't as practical -- but it is plain cool. You can watch documentaries in an immersive, 360-degree way. You can play sports. You can visit other countries.

Maybe -- just maybe -- what's standing in the way of VR's market permeation is the small percentage of people who actually get to experience it.

To test this hypothesis, I passed around my Oculus Go to several members of my team. After spending a day engaging in various VR experiences -- and accomplishing little else -- here's what we learned.

(P.S. Here's a sneak preview of a short film I like to call, "Amanda Tries a VR Roller Coaster.")

Before we took the headset for a spin, I asked Paul Mealy, author of Virtual & Augmented Reality For Dummies and director of interactive at POP, for his thoughts on VR's potential -- if any -- to go mainstream.

But that's not easy, he said, considering that "mainstream" is often a subjective concept.

But what will the composition of those one billion users look like? Will they be using VR for fun, business, or both?

Arguably, the "fun" use cases for VR are growing more rapidly than the B2B ones -- though the latter is slowly making progress.

Take the example of Tobii Pro, a tech company that pairs VR with eye-tracking technology to help retailers learn where a shopper pays the most visual attention and plan store layout accordingly. I took it for a spin at SXSW in March:

"Very similar to an in-store shop-along or in-depth interview research, this is another tool that can be added on top of that," Amanda Bentley, Tobii Pro's Director Of Commercial Sales (whose voice can be heard in the background of the video above), told me at the time.

"You can get another layer of understanding not only how shoppers feel ... but also, what information do they actually process?" Bentley continued. "What are they attending to as they're making the decision to purchase products?"

"It is important that we take a step back and look at the full picture for VR. Most VR hardware is still in the first generation of devices," he explains. "And these first generation devices are serving as the canary in the coal mine to manufacturers, helping them refine what consumers actually want in order to become a mass-consumable device."

So, when will VR finally win over the masses?

"Three to five years out seems like an appropriate time to truly evaluate where VR is landing in the grand scheme of things," Mealy says. "If, by then, manufacturers have still been unable to solve the price and experience points ... that is the time to question VR's future. But, as of now, consider me bullish on the future of VR."

Now, for the fun part: our team taking VR for a spin.

For most of us, this experiment was the first instance of using VR -- which made for low expectations as to how realistic, engaging, or nauseating the experience would be. (In full disclosure, I experience motion sickness with VR, and apparently, I'm not alone.)

But for the most part, the technology was well-received ... and, perhaps, even fun to watch than to actually experience.

"VR is different than watching something on a screen, because it’s all around you ... and behind you, and in your peripheral vision. Despite how 'logically' smart I am at understanding what VR is, I still think it can trick my brain into somewhat believing I’ in a different place. For instance, when the bear came towards me I couldn’t help but flinch. It’s bizarre but impressive that a piece of technology can influence your physiological reactions."

"VR mini golf was better than real mini golf. That was my first VR experience, and I felt like I was in a different world. After my first putt, I tried to walk toward the ball. I ended up running into a pillar in the office. And when I looked down at my feet and saw that the golf course was on a cliff, I thought I was going to fall for a split second. The Oculus and VR are super realistic and impressive. I definitely want to try it again."

"I was really surprised how easily VR takes over your peripheral vision. The experience literally surrounds you, to the point where I actually felt like I was on a roller coaster. I'm also not the biggest fan of heights, and that particular Oculus Go game definitely played right into my senses."

"The environment was clearly not realistic, but it still felt like I was there. The whole experience was surprisingly disorienting. I was playing mini-golf on a platform floating in the clouds, and I dangled my leg off the and freaked out. The process of using the remote to interact with the environment didn’t feel intuitive to me. It’s worth trying out for the novelty factor, but I definitely wouldn’t buy it."