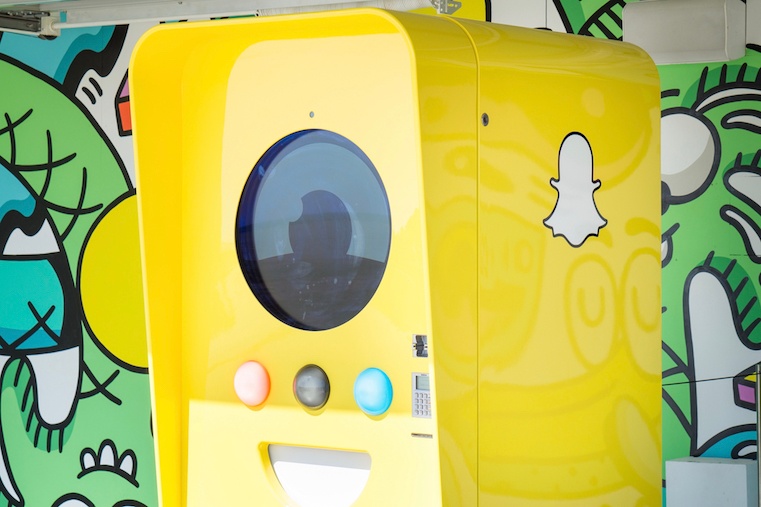 Cheddar recently reported that Snap Inc. -- the parent company of social media app Snapchat -- will launch a second generation of its camera-equipped Spectacles glasses before 2019. The move follows the company's original Spectacles release in 2016, which ended with $40 million in unsold units. This time, the glasses will be built with two cameras that can create augmented reality video overlays, as well as three-dimensional photo effects -- all for the price of $350. Read full story >>

2. Class Is in Session at Amazon's Machine Learning University

At its annual AWS re:Invent event, Amazon announced this week that the same machine learning courses used to train its own engineers will now be available to all developers. The courses, which will be made available through Amazon Web Services, seek to democratize machine learning, taking it from "something which had previously been only available to the largest, most well-funded technology companies" to something that's "in the hands of every developer." The courses are available -- for free -- here. Read full story >>

Alexa, the voice assistant used to equip such Amazon smart devices as its Echo speakers, is getting a news anchor gig. According to The Verge, the company will roll out new vocal styles for the assistant, including one that some might liken to a newscaster -- for reading, of course, news items aloud. Read full story >>

Meanwhile, Amazon is also hoping for Alexa to get some advertising air time, mostly to encourage users to leverage the voice assistant's online shopping capabilities. According to Recode, the company has been pitching Alexa to consumer packaged goods companies with requests for it to be included in ad campaigns -- preferably, in the form of showing people prompting Alexa to buy more of a certain product. But there's a catch: Amazon wants this advertising to be done "essentially for free." Read full story >>

Following last week's news that Instagram has officially added time management tools to its dashboard, the app's parent company, Facebook, has finally launched its own. The social media giant originally announced these tools over the summer, slating the integration of a new dashboard to show users how much time they spent on both Instagram and Facebook. According to TechCrunch, these tools are officially live on Facebook, where users can set daily time limits for using the app, among other settings. Read full story >>

5. We Tested out the Google Home Hub so You Don't Have To

As the season of gifting approaches, we had to ask: Where does the Google Home Hub fall on the list? Here's what happened when we took it for a spin. Read full story >>

6. Ecommerce Wars: Who Are the Top Online Retailers This Holiday Season? [New Data]

And speaking of the holiday shopping season, there's been a shake-up in the top three online retailers. Here's a look a the leading contenders for this year's ecommerce wars. Read full story >>