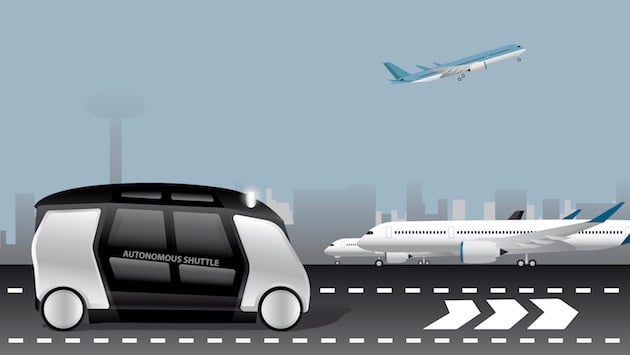 It all started when AAA launched its autonomous vehicle shuttle in Las Vegas back in November -- which reportedly got into an accident on its first day of operation.

So when I had the opportunity to go for a spin in one at CES, did I accept it anyway?

And I didn't stop there. As long as I was in the area, I decided to hop on for a ride in a self-driving Navya taxi, too.

Here's what it was like -- and what I learned.

When I told my friends and colleagues that I would be taking AAA's driverless shuttle for a spin, it was met with mixed reaction. "I'll pray for you," "be safe," and "that's exciting" were among the responses.

Regardless, I was excited. Here's how things started out:

Going for a spin in the @AAA_NCNU driverless shuttle with my friends from @KeolisNA #ces2018 pic.twitter.com/1JhroF29m0

The first thing I discovered was that most of these autonomous vehicles, at this point, are not entirely driverless. On the shuttle, for instance, riders are joined by a human operator who's required to have a special class of driver's license for autonomous vehicles.

So why, then, are these vehicles labeled as "self-driving"? Well, they are. The shuttle moves, brakes, and regulates its speed independently.

But the technology is still new enough that, for safety reasons, it helps to have a human present who can override the system in certain cases. That became necessary, for example, when we made a stop a donut shop and the doors closed before I could capture a photo -- and the human operator was able to manually open them for me.

We stopped for donuts. They were sold out. Sad. #ces2018 pic.twitter.com/gMyb3bMGVS

But these human operators are really present for safety reasons more than they are for photo ops. While I didn't feel unsafe during the ride -- we stopped for humans, traffic lights, and even birds -- the Navya taxi, for its part, had trouble moving forward, even once the pigeon that had been in its path flew away. Our human operator was able to override the system to get us going again, and also had the ability to stop the vehicle in the case of an emergency.

The Biggest Selling Point: What You Can Do in the Car

One thing that continually comes up in the conversations at CES about driverless cars is how much time they give back to commuters. Instead of idly sitting in traffic, for example, riders can spend that time on the road doing something else, like catching up on work.

But when I first wrote about the AAA shuttle yesterday, you might recall that I identified autonomous vehicles as a potential new content distribution channel -- an area of opportunity that Navya has seized for its fleet of self-driving taxis.

The service works much like most ride-sharing programs like Lyft and Uber do now: You hail a car from your phone, which you also must use to open the vehicle's door (this is most likely a security since there won't be a human driver to ask riders to identify themselves).

Once you're in the car, you can play the music of your choice, and use the many screens built into the vehicle to check on your flight status, buy movie tickets, and more. 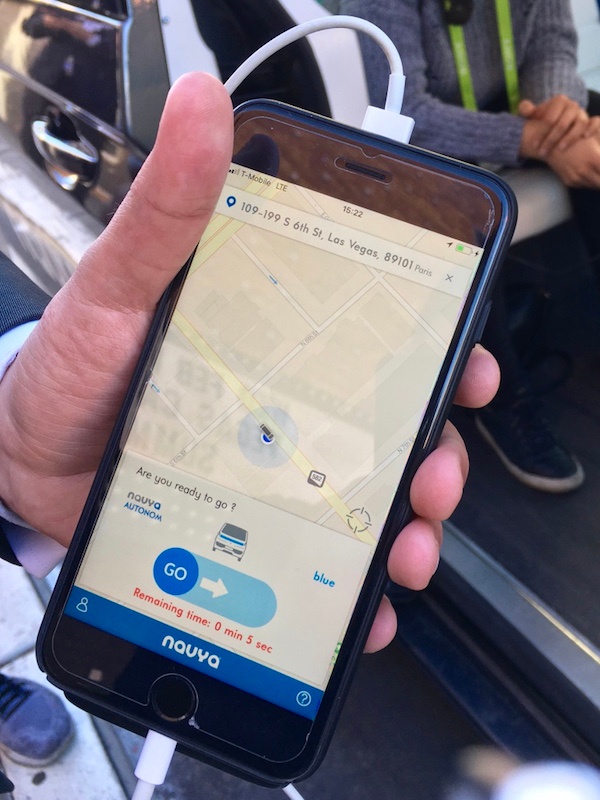 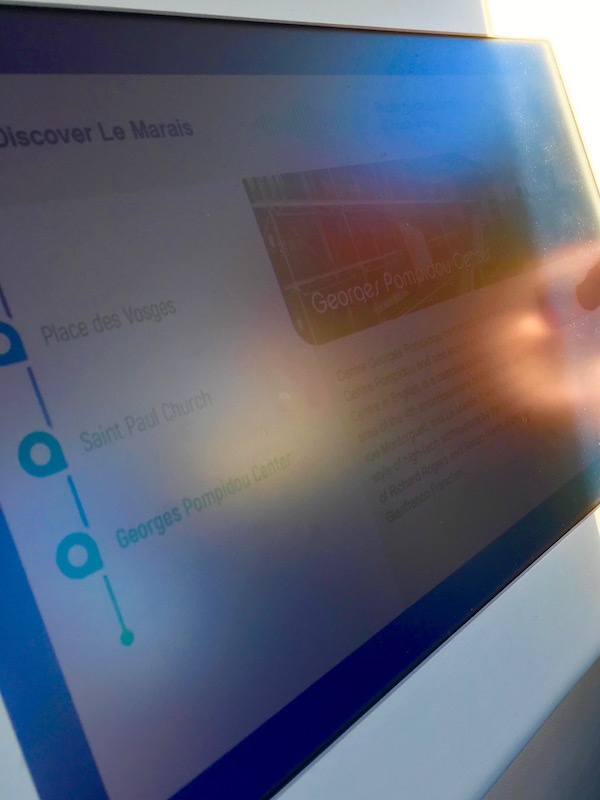 But if this technology sounds redundant to not alone.

For example, many of us (yours truly included) already do these things during rides on our phones. As someone who doesn't own a car, for example, I already use the time during rides to the airport, for example, to check my flight status, make restaurant reservations, and -- well, many of the other things that are built into the Navya taxi's capabilities.

However, it is a fairly novel concept to those who are often the ones behind the and lose that time to watching the road instead of executing tasks on their phones. And to me, that's one of the biggest upsides to self-driving technology on a macro level: the reduction of car ownership, and the added transportation accessibility it provides for aging populations and persons with disabilities.

It All Feels Remarkably Familiar -- and That's a Good Thing

But for all of this innovation, there's a problem: Only 38% of Americans are enthusiastic about the idea of riding in self-driving vehicles.

Allow me to put those fears to rest. My broad takeaway from my driverless shuttle and taxi ride is that if you’re used to riding on buses and subways -- this is anticlimactic.

Maybe riding in a standard, with no driver would feel a bit weirder -- an opportunity that Lyft was providing to a lucky few at CES who weren't met with this message: 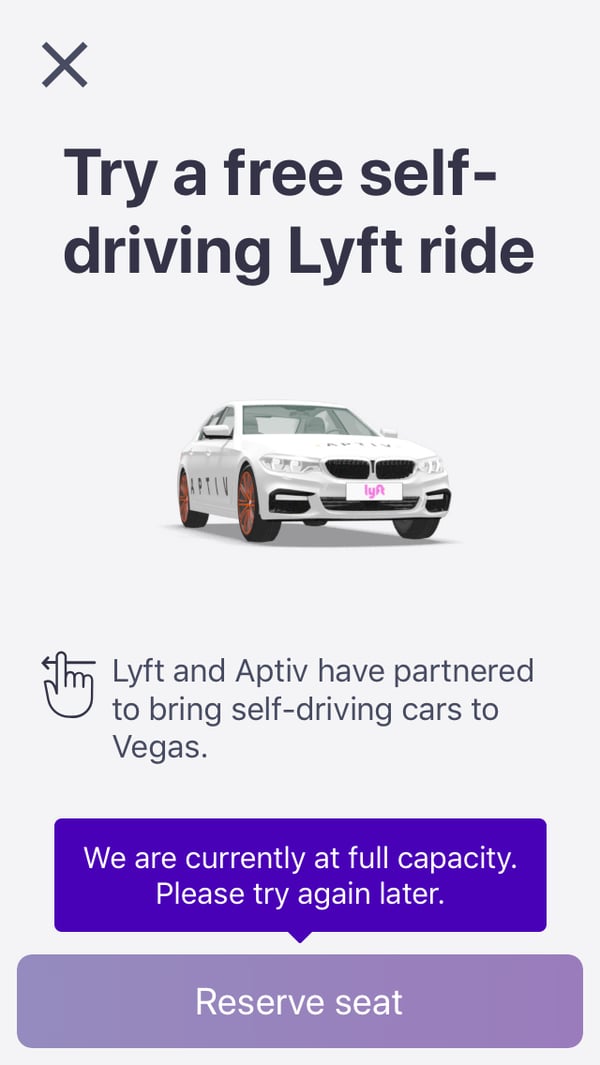 But as far as my experience goes, riding in these autonomous vehicles feels like riding on public transportation. And ultimately, I believe that's a good thing -- the sense of familiarity means less of a “learning curve” for passengers, especially in the urban settings where many of these programs are being piloted. It won’t seem as scary or extremely new.

Instead, I anticipate that most riders will have more of a reaction of, “Well, that's cool,” and then return to their standard public transportation activities of choice, like listening to music or reading a book. For my part, if I had my earbuds on and was simply staring out the window, I'll be honest: This wouldn’t have felt like a particularly groundbreaking experience.

It takes four hours to charge an @NAVYA_Group taxi, which powers it for 11 hours. The fastest it will be able to go is 55 mph. Why not faster? It’s designed to operate in cities. #ces2018 pic.twitter.com/gnD3jtA9DK

The human operator element plays a part here, too. Earlier this week, during the LG CES press event, a new feature was announced in which home appliances are able -- by way of machine learning, I suspect -- to proactively detect and remotely repair mechanical issues, often before the user even knows that there's a problem.

Self-driving cars, I anticipate, are learning how to do the same thing. But the stakes are much higher for a vehicle than, say, a washing machine -- and that's why, while the machines collect data and learn how to fix themselves, the human presence is both crucial and reassuring.

When it comes to autonomous vehicles, we're just getting started. The topic dominated much of the dialogue at CES, with several brands announcing their latest innovations and progress within the realm.

And while public fears are not entirely unfounded -- no technology is perfect, I would agree -- I believe that market permeation of self-driving cars on a large scale will ultimately carry more environmental, social, and accessibility benefits than not.

As always, I'm open to your take on things. Feel free to reach out to me with your thoughts and questions on Twitter -- and to see more insights and announcements from CES 2018.

Self-Driving Cars Will Hit the Road in a Few Weeks. Are We Ready?

We Need to Talk About Uber.