What Is the Four-Day Workweek [and Can it Really Boost Sales?]

The term "nine to five" is ingrained in how we think of the workweek. Even the phrase itself is another way to say "day job" at this point. Working forty hours over five days every week is what we've come to expect from a full-time job. But, that might not always be the case. 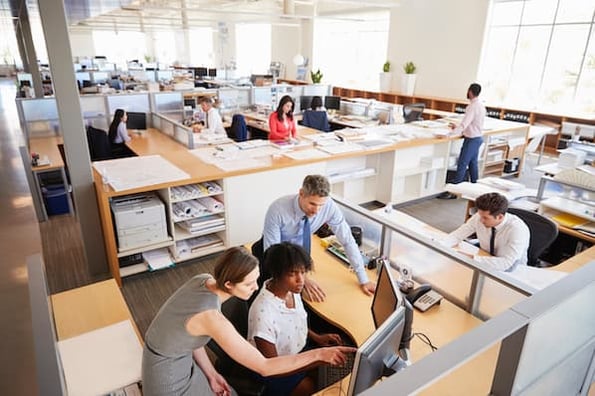 There's always room for innovation — especially when it comes to things we take for granted. Almost everyone is used to some variation of the five day workweek, but some companies are starting to challenge that. One possibility some organizations have been exploring is transitioning down to a four-day workweek.

The four-day workweek is an alternative to the conventional 'nine to five,' five day workweek. It generally refers to a model where employers parcel out 32 to 40 hours of work for employees across four days — either through flexible hours or a fixed daily schedule.

Up to this point, experimentation with or enforcement of the four-day workweek has been relatively limited. But, there are different examples from around the world that have helped produce a solid case for the concept.

Evidence gathered from different studies, experiments, and legitimate implementations suggest that the four-day workweek has some compelling benefits. At the very least, it's an interesting prospect to explore for employees and employers alike.

Let's take a look at some of the benefits a four-day workweek might pose, consider how it could improve sales, and get a picture of its potential drawbacks.

Why Implement a Four-Day Workweek?

It could be better for the environment

One way or another, offices are going to have an environmental impact. Shedding one day's worth of office electricity consumption, employee travel, company paper waste, or byproducts of any other unsustainable practices per week can go a long way.

During Microsoft Japan's month-long experiment with the concept in August 2019, electricity consumption and paper printing were reduced by 23% and 59%, respectively, compared to August 2018. And when the Utah state government enforced its two-year-long, four-day workweek mandate, it saw a reduction in air pollution and savings of $502,000 in energy consumption.

It seems to improve employee satisfaction and work-life balance

There's evidence to suggest that a four-day workweek is good for employees' general wellbeing. The extra day off that kind of schedule offers can give employees more flexibility to pursue hobbies or relax in general. Parents and guardians also stand to gain a lot from an extra day they can dedicate to their families. Ultimately, extra time off work often means extra time for life.

When Perpetual Guardian — a New Zealand-based financial services company — switched to a four-day, 32-hour schedule for its 240 employees, it saw drastic improvements in metrics related to employee satisfaction and wellbeing. Staff stress levels reduced from 45% to 38%, and work-life balance scores increased from 54% to 78%. Microsoft Japan's experiment saw similar results — with 92% of employees reporting they enjoyed the new schedule.

Can It Boost Sales?

So, what's the bottom line when it comes to the four-day workweek, and what it can do for your business? Can it really boost sales? The short answer here is "maybe." There's evidence to suggest that could be possible, but nothing is definitive enough to say for sure. That being said, there is one trend across the various four-day workweek experiments and implementation efforts that suggests it could be the case.

Successful sales efforts rely, in large part, on productivity — maximizing how well your sales reps can deliver on sales activities while minimizing the time and capital it takes for them to do so.

It's a critical factor to consider when trying to gauge how effective new workplace tactics can be. Improving productivity is central to boosting sales, and there's evidence to suggest that a four-day workweek might be able to do it.

On paper, the idea of condensing a workweek might seem detrimental to productivity. Taking away an extra workday and, in some cases, the hours that come with it could give employees less space to get their jobs done. Though that might be a reasonable assumption, there's considerable evidence that would say otherwise.

Executives at Perpetual Guardian suggested that the company's flexible work schedule kept employees active and engaged, and the facts appear to support that claim. The company saw a 20% increase in employee productivity during its four-day workweek experiment. Microsoft Japan saw even more compelling results with a 40% increase in productivity as a result of implementing a four-day workweek.

According to a 2018 study by The Workforce Institute and Kronos Incorporated, almost half of all workers believe they could do their jobs in less than five hours every day if they worked uninterrupted. Confining work hours to fewer days could incentivize employees to budget their time more effectively and get more done in a shorter time frame — improving productivity and getting more mileage out of employees' schedules.

It's Not All Good

It might seem like there's evidence to suggest that the four-day workweek could be an effective alternative — if not a replacement — for the workweek, as we know it. But, the results of these experiments and implementations should be taken with a grain of salt. The research on the four-day workweek is still limited, and not all of it is positive.

There are some instances that indicate how difficult it might be to actually implement this kind of policy on a large scale. As previously mentioned, the state of Utah passed legislation to institute a four-day workweek for government employees in 2008. After two years of the policy being in place, a performance audit for the initiative found some flaws in how it was conducted and enforced.

Auditors noticed it allowed certain policies might adversely impact productivity, including letting employees work ten hours without a lunch break and allowing them to count their commute as work time. The program was eventually nixed in 2010.

The troubles it had might not necessarily reflect how private companies would handle similar policies, but they speak to the fact that the transition from a five day workweek might not be so smooth.

Though more companies are exploring innovative work schedules — like the four-day workweek — there's still a long way to go before any of them become commonplace. It'll probably be a while before the term "nine to five" is legitimately challenged.

Still, it's worth keeping tabs on and an open mind about these kinds of strategies. The four-day workweek might be a novelty right now, but the benefits it can pose shouldn't be taken lightly. And businesses shouldn't rule out giving it a shot.