How to Prioritize Sales Leads in the Era of Inbound Sales

When a sales rep gets a lead -- whether it’s an inbound lead, a referral, or sourced through the rep’s own efforts -- they have to prioritize it against the other opportunities they’re working. And this can be a challenge, because while one lead might look great on paper, another could ultimately prove to be the better-quality lead.

So how should a rep prioritize which leads they pursue first, second, third, and so on?

(Empty pipeline? Get access to a database of 19 million leads in HubSpot's free CRM right now.)

Today, most reps prioritize leads based on the time they come in or are sourced by the rep. Instead of embracing data to inform their prioritization, reps often work one lead before another simply because it arrived in their pipeline an hour before the second one.

However, there’s a better way to go about this. In the era of inbound sales, reps should be pursuing prospects based on the level of interest they have expressed, and not when a given lead appears in the pipeline.

The four-step strategy below can help reps prioritize their leads based on prospect interest, ensuring that the hottest leads are always worked on first.

The first leads to touch base with are the people who have already come to your website and expressed interest by downloading a resource or taking some other action. These leads come first because the prospects have already shown that the product might be a viable solution for their business. It’s critical to follow up quickly, too: Research has shown that reps are 100 times more likely to connect with an inbound lead if they follow-up in the first five minutes.

Other types of inbound leads include referrals and folks who have contacted you via social media. If the prospect has actively demonstrated their interest in some way (or a trusted referral source has on their behalf), salespeople should reach out ASAP.

2) Work prospects who have opened your emails second.

Salespeople send countless emails to potential clients each and every day. Which of these prospects actually opens your messages?

HubSpot Sales shows reps which prospects are opening their emails, how often, and if they’re clicking on the links the reps has sent them.

An email open is a sign that the buyer is checking out what you sent, and considering what you have to say. Capitalize on the attention by reaching out as soon as a buyer opens your email. 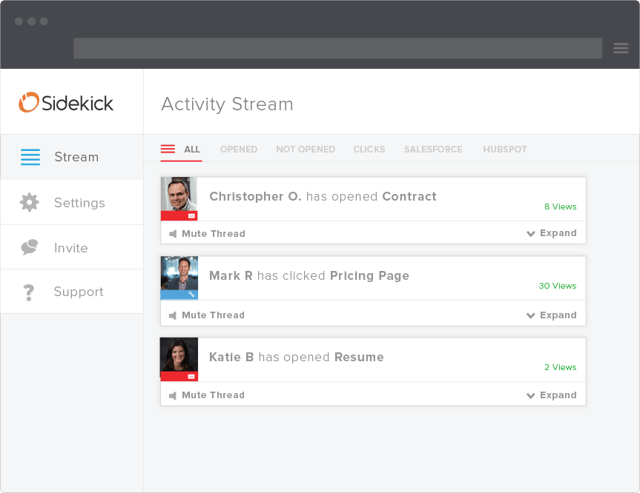 3) Work prospects who have visited your company’s website third.

Of your leads, who continues to come back to your website to download material and consume content? Folks who are clearly looking to learn as much as they can about your product are likely in need of a guiding hand and some information from a sales rep. With a prospect expressing a significant amount of interest by returning to your website time and again, reps should prioritize these leads over those that haven’t expressed interest.

How do you know which prospects are visiting your website? When a lead views a page on your website, HubSpot’s free CRM records this action in the prospect’s timeline. The system also shows how often they’ve come back to the website, and if the rep and prospect have mutual connections. 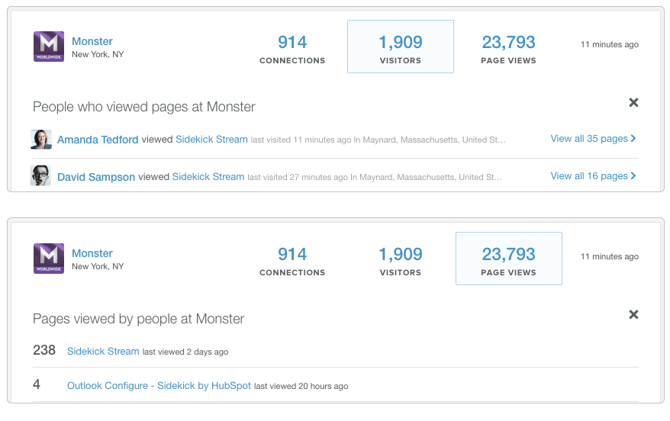 After spending a few hours researching prospects, salespeople should be able to put together a list of good fit prospects based on educated guesses about pain points, or commonalities with current successful customers.

Not sure how to identify perfect fit prospects? HubSpot CRM can help here as well. Reps can narrow down the system’s database of 19 million prospects to good fit leads based on company size, industry, or location, among other filters.

Reaching out to leads in the right order is critical for a sales rep’s success. Instead of responding to leads as they come in, prioritizing the hottest ones based on behavior and demonstrated interest is the easiest way to convert prospects to customers.

Don’t miss out on a great opportunity because your prioritization system is out of whack. Use this four-step system to prioritize your leads, and watch your close rate climb.