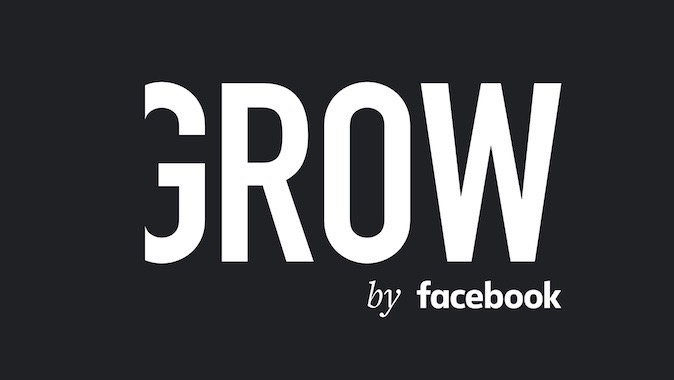 e tech industry has seen quite a busy week, so we're bringing you another edition of "Unriddled": the HubSpot Marketing Blog's mid-week digest of the tech news you need to know.

Despite repeated insistence from its leaders that it is not a media company, Facebook has launched a print quarterly publication in the UK -- Grow by Facebook -- which it describes as "a thought leadership platform shining a light on people, companies and trends that challenge the status quo." According to the Grow website, a permanent online "home" for the publication (which Facebook won't call a magazine) will launch soon, and feature content like niche brand case studies, as well as profiles of business leaders that achieved seemingly impressive feats. The Press Gazette's Charlotte Tobitt has more. Read full story >>

Apple News -- which was rumored to be experimenting with products competing with those of Google News in April -- will now have a dedicated section for the 2018 U.S. Midterm Elections.

With a mission of "providing a new resource for timely, trustworthy midterm election information," Apple is drawing attention to a key factor that differentiates it from other tech giants who are fighting election interference, like Facebook: human editors.

(Twitter, too, announced on Tuesday new efforts to combat the spread of fake content and platform abuse -- largely through machine learning.)

According to its official statement, Apple will employ a "team of editors focused on discovering and spotlighting well-sourced fact-based stories," which will include exclusive pieces from the likes of the Washington Post and Axios, as well as coverage from televised news sources. Read full statement >>

3. The Less-Than-Successful Meeting of Big Tech and Intelligence Officials

Within the realm of preventing election interference, several representatives from eight tech giants -- including Facebook (which hosted the summit and recently published an update on its efforts to fight fake news), Apple, Google, and Twitter -- met with representatives from the U.S. Department of Homeland Security and the FBI to discuss how they can better fight election interference in the months leading up to November's midterm elections.

(Facebook, meanwhile, announced yesterday that it has removed 10,000 fake Pages, Groups, and accounts in Mexico and across Latin America because they violated Community Standards -- though it is unclear if the removal is related to possible election interference.)

The desired outcome, it seems, was to compare potential meddling activity each company had witnessed on its own platform to what U.S. intelligence has been monitoring and intercepting, as well. But those hopes were all but thwarted, with the U.S. government officials sharing no intelligence and leaving the business leaders assuming they would have to fight election interference without any federal intervention or assistance.

It's a particularly interesting outcome considering April's congressional hearings, in which Facebook CEO Mark Zuckerberg was challenged with questions about the potential regulation of the company, as well as its Big Tech peers. But that potential regulation -- should it materialize -- does not appear as though it will play a role in the company's efforts to cease the weaponization of social media sites by foreign actors. Sheera Frenkel and Matthew Rosenberg of the New York Times share more. Read full story >>

According to new data from SimilarWeb, the average Instagram user spends about 53 minutes on the app each day, trailing closely behind an average 58 minutes on Facebook. (Snapchat, evidently, isn't too far behind, with an average of 49.5 minutes.)

The data comes at an interesting time, after recent announcements from Apple that it will include a Screen Time app in the next version of iOS to help users manage the time they spend using their phones. Not long after that feature was unveiled, Instagram confirmed it was testing a "time well spent" feature and rumors emerged that Facebook (which owns Instagram) is experimenting with similar technology.

But despite the efforts of the latter two apps to, on the surface, help users better manage time spent on them, both have released new long-form video products -- as well as newly-released group chat options and a redesigned explore tab from Instagram -- over the past few weeks that appear to be designed at least in part to encourage more time spent on each platform.  Recode's Rani Molla and Kurt Wagner explain why these metrics matter. Read full story >>

5. Uber is on Probation in London

Since Transport for London revoked Uber's license to operate, CEO Dara Khosrowshahi has spent much of his time doing "damage control" to repair the company's relationships in the UK, as well as in its U.S. homebase. Now, the ride-sharing company has regained a license to operate in London, after a UK judge ruled that it can legally offer its "digital services" there. But it might not be permanent -- the ruling comes with 15 months of probation, which is three months short of the 18-month period the company was seeking. Politico's Mark Scott has more. Read full story >>

In a statement released Tuesday, Facebook announced it would once again permit the purchase and publication of "binary options, initial coin offerings and cryptocurrency." The new policy follows a January decision to ban any "misleading or deceptive promotional" content related to financial products -- which has been revised to allow such ads from pre-approved accounts only. Facebook and Google were among the first platforms to ban ads related to cryptocurrency, and were followed shortly thereafter by Twitter. Read full statement >>