Facebook and Instagram are looking to become destination video sites -- or, at least, it's looking that way 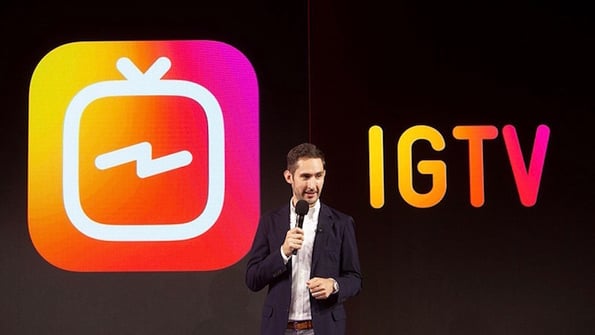 month, both social networks announced new video initiatives and features that cater towards content creators and offer new ways for users to interact with the sites.

Earlier in June, Facebook announced it would launch funded news shows within Facebook Watch, which is the site's video service that features original programming, both pre-recorded and live.

Then, on Tuesday, it unveiled a slew of new services for video creators and their audiences. Live videos will now be even more interactive, with new native features like real-time polling and game-show-style Q&A filters. The next day, Instagram -- which is owned by Facebook -- revealed IGTV: "a new app for watching long-form, vertical video from your favorite Instagram creators."

While IGTV does have its own, separate app, it's also available in the core Instagram app iOS and Android operating systems. You'll have to download the latest version of Instagram -- I had to restart the app twice before the in-app version appeared -- where you'll see a small TV icon in the top-right corner, next to the direct message icon. 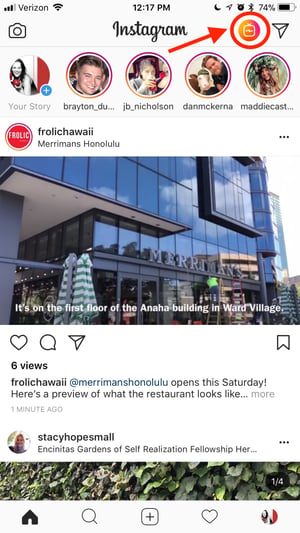 is, unquestionably, one of the most popular forms of content consumption online today. In January, when Facebook announced a major algorithm change to shift focus to content from friends and family, it stated that live video, specifically, receives 6X the engagement as pre-recorded video -- which could explain this new emphasis on real-time interaction with creators. More engagement tends to lead toward more time spent on the site, which is good news for Facebook.

But many questions arise from these latest features -- for Facebook and Instagram alike -- in regards to their respective endgames, the benefits to creators, and the possibility of new problems as a result.

The emphasis on video makes sense for both Facebook and Instagram, given the aforementioned statistics about live video, for instance. But it's also a reflection of evolving user behavior.

In 2019, Zenith predicts, internet use will outpace time spent watching TV worldwide -- by about 0.27%. And while that might seem like a trivial difference, it happened fairly quickly.

Which brings up the idea of filling that time spent online with original video content. While TV, for many, is still a destination -- for the first time, there are multiple options for viewing it through means other than cable, and after it originally aired, usually through online platforms (read: Hulu, YouTube Live, and clips on the YouTube pages of networks or TV shows).

That repositions these digital platforms as destinations where TV used to be in their respective places. That's certainly what happened to YouTube, which remains a -- if not the -- top platform for video consumption.

Consider this: YouTube boasts 1.8 billion users signed in each month -- and while nothing to scoff at, Netflix's 125 million streaming subscribers pales in comparison.

Among its boasting points, YouTube ranks as a major search engine in its own right. It's owned by Google, and many users discover content by way of YouTube search -- so much so, that search is a key element in the lesson on discovery within the platform's Creator Academy.

Which leads to another one of YouTube's boasting points: its relationship with creators. The video platform consistently emphasizes its value as a resource to content creators, including the aforementioned Academy, as well as "invest[ment] in creators" that it uses as a key statistic in press materials.

Now, let's go back to those user statistics. Instagram has 1 billion monthly active users -- which was revealed alongside the IGTV announcement -- and Facebook has 2.2 billion. With a new investment in creators, both networks have something to gain, and it could have an edge on YouTube.

Both already have their own search features, which Instagram has used as a discoverability feature, too -- something that it's emphasizing with IGTV, which automatically plays the app thinks you'll like as soon as you open it.

Among those videos, users can choose to follow different "channels," or accounts from whom they'd like to see more content. But many of these channels and the creators behind them will be creating video, including regular series, which online personality Lele Pons says she'll be developing for IGTV.

"Youtube viewing has typically been a pretty deliberate form of consumption. You go to YouTube and actively search for the content you want," says HubSpot VP of Marketing Meghan Keaney Anderson. "Sure, there is some related and recommended content discovery, but the active search is still there."

"That doesn't really exist on Instagram in the same way yet, where a lot of viewing, to date, has been pretty passive, particularly with the user interface of stories," Keaney Anderson continues."I'm curious if their approaches begin to merge, or if Instagram stays as more of a passive feed over time."

That passive consumption is key in Instagram eventually winning in the area of what HubSpot Product Lead Daria Marmer calls "filling your 'bored time.'"

The Benefits to Creators

Pons -- the aforementioned creator who says she'll be developing a cooking show for IGTV -- also says she won't be receiving any payment for it. It raises the question: What's in it for creators?

Of course, there is the element of discoverability, for which most content can be optimized in one way or another -- and optimizing for IGTV could soon become a new strategy for creators. But what is the source of monetization?

With discoverability comes following -- and with a vast following come brand interest, which is what built the influencer phenomenon (which is now becoming increasingly frowned upon by certain companies). But even so, the interest from brands hasn't and likely won't disappear entirely, which is why Marmer says these creators -- Instagram and Facebook are trying to win over from the likes of YouTube, it seems -- "are going to be influencers, who are paid by brands, rather than the platform."

But becoming an influencer is not a quick outcome for those who seek it, which circles back to the question of benefits to creators hoping to best leverage these newer video platforms.

"We've seen creators leave platforms before in favor of those that provide revenue models, so I imagine payment is on Instagram's mind," Keaney Anderson says. "Discovery might be enough for fledgling creators, but sustaining those who carry an audience will require a rev-share of some sort. The historical models we can't seem to quit are advertising and subscription, but I always hope for something more imaginative as both come with trade-offs for user experience."

That seems to be one thing that Facebook is trying to accomplish with its new interactive features for Live video, as well as its new Watch program in general. In the new features it revealed earlier this week, Facebook also announced that publishers and video creators would have access to its "Ad Breaks program," which essentially allows those who produce longer-form video content to incorporate commercial breaks.

It's not clear if Facebook will earn a portion of whatever ad revenue results from these commercial breaks, but considering how much of the company's income is rooted in ads, its likely it will keep a percentage.

One thing that most social networks (and even search giants like Google) have in common is higher-than-ever scrutiny for platform abuse.

Facebook has been investigated and questioned more than others, especially in light of this year's Cambridge Analytica scandal, as well as the weaponization of the platform to spread false, divisive content to influence the 2016 U.S. presidential election. Just today, for instance, the company published new insights into how it's allegedly working to combat the spread of fake news on the site.

But Facebook is hardly alone in the false content epidemic. YouTube, for all its benefits and leading points, has also come under fire for content shared on its site from a similar origin, and with the same divisive purpose as the kind that was used to weaponize Facebook.

There's also the issue of hate speech, bullying, and generally abusive comments appearing on the sites, which most content platforms are struggling to address in a sustainable way. Facebook even went so far as to publish its internal content review policies for public consumption, but it's a large amount of material to get through and certain content censorship decisions are still widely misunderstood by users.

Our survey of 300 U.S. internet users indicates that 34% have experienced online abuse.

This issue arose at F8, where keynote speakers pointed to the implementation of artificial intelligence (AI) to combat things like hate speech on the platform. This comes with its own issues, such as implicit biases that AI can pick up from the humans and machines that train it.

These new video platforms, depending on how interaction and engagement with their content will be moderated, carry the possibility of opening Facebook and Instagram to new vulnerabilities in these areas -- the very ones that they say they are working to resolve.

To compound that, Instagram recently confirmed that it would soon launch a "time well spent" tool to help users determine -- as the name suggests -- how much time they're spending on the app. And while the name also suggests that the feature is designed to help users modify the time they spend on Instagram, it would appear that these new video features and platforms have been introduced to, among other reasons, encourage more time spent using them.

The results remain to be seen, as do the respective networks' progress in its efforts to combat this type of misuse.

Until then -- here's a peek of my experience with IGTV.