Unriddled: The Latest on Google's Location Tracking, Amazon Goes to the Movies, and More Tech News You Need 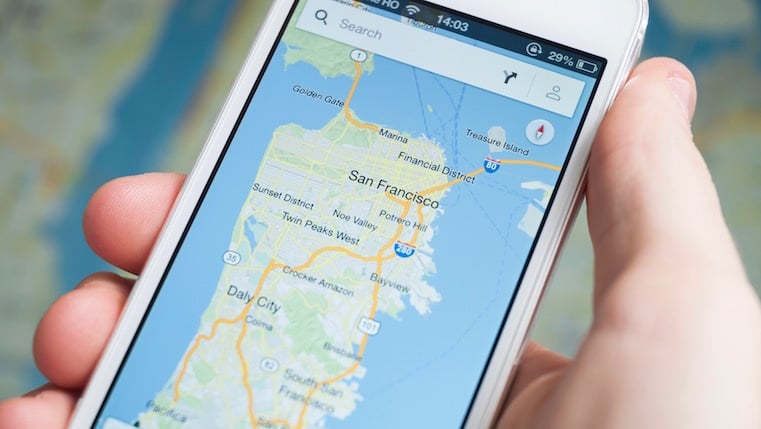 The Latest in Location Tracking

Last week, a report from the Associated Press (AP) emerged revealing that Google has been tracking the location of Android and iOS device users -- even those who had Location History turned off. (Here's what happened when I looked at what Google was tracking on me.)

And while Google hasn't stopped this tracking per se, it has revised its Location History settings management support page, according to a subsequent AP report -- noting that "This setting does not affect other location services on your device [and] some location data may be saved as part of your activity on other services, like Search and Maps."

But that hasn't exactly stopped the fallout -- and a complaint was filed last Friday accusing Google of false claims that users won't be tracked with “Location History” turned off. Jonathan Stempel of Reuters has more. Read full story >>

Back in May, Facebook unveiled its political ad archive: a searchable database of any ads of political nature, both active and inactive, published after May 7, 2018.

Now, Google has appeared to follow suit with the launch of its own political ad archive last week, which will include any advertisement for a candidate -- including incumbents -- running for a federal elected office.

The database includes such ads that ran on Search and YouTube, as well as other Google platforms, but does not include issue-based ads that often spark debate during elections. David McCabe of Axios has more. Read full story >>

I've written my fair share on smart speakers. I've quoted our experts on how to optimize for voice search, I've tried using three smart speakers at once, and I've waxed philosophical on the future of voice shopping.

Now, Google is throwing its hat into the ring of smart speakers that are also equipped with visual displays. It began, some might say, with the Amazon Echo Show, which was released slightly over a year ago and boasts capabilities like hands-free video calling and a touchscreen. (How that sets it apart to similarly-equipped mobile devices or Smart TVs, well -- that's a conversation for another day.)

According to Cheng Ting-Fang and Lauly Li of Nikkei Asian Review, Google's version will come equipped with the company's Assistant, as well as the ability to use voice commands to play YouTube videos, check schedules, and look at maps. The smart speaker is rumored to be making its official debut in time for the holiday season, as many new tech products do following fall press events. Read full story >>

Speaking of potential fall product announcements: Apple is rumored to be unveiling a new, low-cost MacBook this year -- most likely in October, write Mark Gurman and Debby Wu of Bloomberg.

The move is said to be one of Apple's attempts to breathe new life into its MacBook sales, which the company says hit its lowest point since 2010. Along with the potentially low-cost MacBook, Apple might also debut a "pro" version of its Mac mini desktop.

These product announcements are expected to come alongside new iPhone releases (three of them, no less), Apple Watches, and iPad Pros. Read full story >>

3. Amazon Goes to the Movies

Amazon might be a top contender for the acquisition of Landmark Theaters: a chain of brick-and-mortar movie theaters that specialize in screening independent films.

When looking at Amazon's historical foray into independent production -- typically in the form of exclusive shows available to its Prime members -- the potential acquisition makes sense. The company has also produced its own independent films, and ownership of such a theater chain could create greater distribution opportunities for Amazon as well.

In addition, Amazon is said to be developing a DVR-like advice that would record live television, save it to Fire TV boxes, and stream what's been recorded to users' smartphones. Read full story >>

Previous reports -- including one from The New York Times in April -- indicated that Facebook was being used to incite violence against the Rohingya, a Muslim minority group in Myanmar.

A United Nations investigator confirmed this -- and months later (after Facebook CEO Mark Zuckerberg claimed the company was hiring more Burmese-speaking content reviewers to help tackle the problem), Reuters discovered more than 1,000 posts, comments, and images on Facebook targeting the Rohingya, as well as other Muslim communities.

Facebook provided its own update on the situation -- acknowledging that it had been "too slow" to sustainably resolve the problem -- and created a "dedicated team across product, engineering and policy to work on issues specific to Myanmar earlier this year." The post went on to list the successes the company has experienced in this area, including its alleged proactive identification of 52% of Myanmar-related content removed for hate speech in Q2 2018.

The European Commission, meanwhile, is currently looking into imposing fines on social media networks that allow extremist or terrorist comment to remain on their sites for over one hour.

Despite its efforts to add greater transparency and authenticity to its advertising products and practices, Facebook seems to be experiencing more and more scrutiny for all of the content -- paid or not -- appearing on its site.

According to The New York Times, the company is under fire for its microtargeting ads, and the U.S. Department of Housing and Urban Development has filed a complaint against Facebook for allowing discrimination in targeted ads related to housing.

Meanwhile, Facebook yesterday announced its discovery of another coordinated election interference campaign on its network, and the removal of 652 Pages, groups and accounts related to it. We'll be reporting on that campaign in more detail this week. Read full Reuters report >>