How Do You Optimize for Voice Search? Our Experts Weigh In 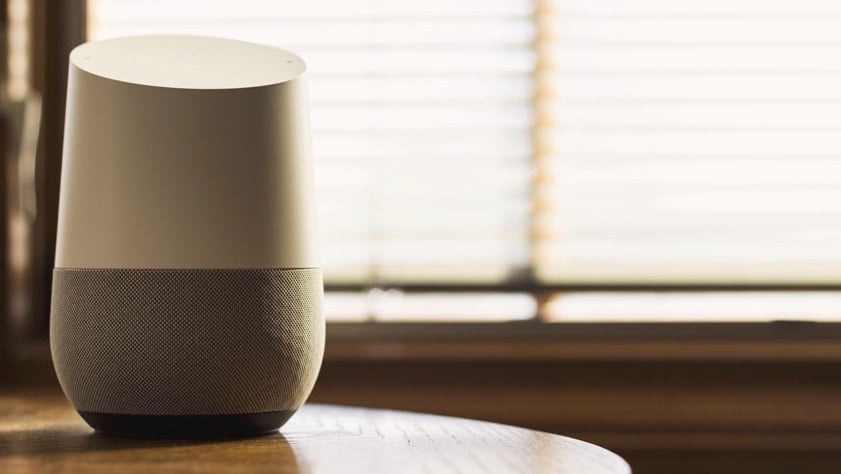 When Backlinko released its analysis of 10,000 Google Home voice queries -- we were fascinated.

After all, we do spend a good chunk of time around here thinking, talking, and writing about voice search. Heck -- I even filled my home with three different smart speakers to see which one worked best. And when it comes to the future of SEO, I believe that voice search will only continue to play a fundamental role in how we not only seek and consume but also, how Google ranks and surfaces it.

So, the question remains: As this horizon continues to evolve and shift, how -- oh, how -- can  be optimized for voice search?

That's what Backlinko set out to answer when it conducted this study. Using what the team believed to be 11 potential ranking factors -- things like PageSpeed, Schema markups, and the enabling of SSL -- founder Brian Dean reported key takeaways on the most factors of voice search SEO.

Now, our experts have weighed in on what we have found to be the most compelling of those findings.

What Our Experts Say: Victor Pan, Head of SEO

When it came to page speed, our SEO experts actually believe it might not play a major role in voice search optimization. "PageSpeed is probably not a [direct] factor in voice search," says Pan. "But sites that are well-optimized for user experience tend to rank highly, and voice search results tend to come from top-ranking results."

That said, it would be interesting to conduct further research to determine if these same faster-loading sites -- the ones that receive better voice search rankings -- also have higher search engine results page [SERP] rankings. "Drawing conclusions without proper experimental setup is something our industry tends to do," admits Pan, "though I'm for faster sites, all the time."

Each night, Moz tracks the most significant SERP features and ranking factors in its MozCast Feature Graph -- and, as of writing this post, HTTPS results (sites with enabled SSL, or the Secure Sockets Layer technology that encrypts your website connection so hackers can't intercept your data) accounted for 79.8%.

"If we believe in Mozcast's keyword sampling methodology, 70.4% of Google Home results pages being in HTTPS discovered during Backlinko's research is actually on the low side," says Pan, especially when you consider "not all of those queries tested by Moz necessarily lead to voice search results."

So, when you compare Backlinko's voice search HTTPS results figure (70.4%) with Moz's (79.8%), it actually suggests HTTPS is not a ranking signal for voice search, Pan explains.

"If it was," he says, "the number from Backlinko would be higher than the average reported by Moz."

What Our Experts Say: Matthew Howells-Barby, Director of Acquisition

"This makes a lot of sense to me," says Barby. "Google is likely taking a very similar approach to sourcing voice responses as it does to Featured Snippets."

That was the same conclusion we drew when it was announced Google would soon be incorporating more than one Featured Snippet in the SERP for more complex queries.

And that display of more Featured Snippets in the SERP could indicate a higher barrier to earning clicks, especially if the snippets answer the query sufficiently enough the user doesn't need to look -- or click -- any further.

Marketers, for their part, would benefit from preparing for that outcome. "Content creators should be adding voice-ready -- and featured-snippet-ready -- snippets into their content," Barby explains, "to make it as easy as possible for Google to surface the answer they need."

"Schema may not play a key role in voice search rankings. 36.4% of voice search results come from pages that use Schema (which is only slightly higher than the worldwide average of 31.3%)." - Backlinko study

Here's another finding that doesn't come as a shock to Barby.

"Similarly to the length of answers being pulled into voice responses, the lack of reliance on Schema markup doesn't surprise me," he says.

He points to a recent HubSpot study that found the same thing to be true for Featured Snippets.

"It seems like Google prefers to rely on its AI to surface the right result," he says, "rather than the creators of content."

For reference, the Ahrefs Domain Rating measures "the strength of a target website’s total backlink profile (in terms of its size and quality)" on a scale of 0-100.

That scale is what Ahrefs calls "logarithmic," which means the room for growth between Domain Ratings of 77 and 78 is much larger than one between 27 and 28. So, the higher the Domain Rating, the more difficult it becomes to gain another point or two.

The reason behind this high Domain Rating of Google Home result pages is smart speakers like this one only provide one answer to your question, rather than the SERP's list of several.

"This means that Google needs to be extremely confident that they’re giving you accurate information," the Backlinko report explains. "And to help ensure accuracy, the voice search algorithm may rely on domain authority over page authority."

But that doesn't mean small businesses who are still building backlinks and authority should give up on optimizing for voice search, Pan says.

"As someone who worked on SEO for the Fortune 500 companies, these large companies simply had the budget and talent to spend millions in content creation," he says. "I suspect that sheer quantity of content -- which is helpful for users -- leads others to link to these big brands they trust."

That doesn't mean those brands are authoritative in their domain, per se, says Pan -- and that the wider-spread brand recognition might be behind this "advantage in winning voice search," he explains, which "is what's causing the average voice search result to have a high Ahrefs Domain Rating."

When we prompt voice assistants to answer a question, we don't exactly expect (or want) to be read a novel in response. That's why Google Home, for example, often reads excerpts -- or snippets -- best summarizing the answer, then leaves a link to the full page in its corresponding app.

It would make sense, then, that Google Home selects the most concise answers that are easiest to read and hear, to allow for optimal listening comprehension. "Simple and easy-to-read content is ideal for voice search," says O'Connor.

It goes back to the idea of growth within the idea of conversational marketing: the type that uses natural language to engage with users, even if there isn't an actual human being responding to queries.

"Most people converse in a language that’s easy to understand," O'Connor adds. "Google wants to do the same with the searcher at the other end of Google Home."

To address that, he recommends marketers write copy accordingly. "Marketers should ensure that their content is written in a language similar to the way people converse and search."

You might be familiar with HubSpot's historical optimization project, in which the type of work O'Connor describes is done internally. But he cautions against optimizing for a single type of search. While voice queries might be rising in popularity and volume, many still use other methods of discovering information.

"Ultimately, you want to solve for all types of search," he says, "be it desktop, mobile, or voice -- and not pigeonhole yourself to one particular type."

"Content that ranks highly in desktop search is also very likely to appear as a voice search answer. In fact, approximately 75% of voice search results rank in the top 3 for that query." - Backlinko study

Aha! So, O'Connor was right. Even though we expect to see a continued increase in voice queries, still matters.

It goes back to what I noted earlier about the simplicity of any query answer that comes in the form of an excerpt or snippet. That's one of the things Google has used to determine how to float and rank results: the combination of quality and relevance, even if it means displaying more than one Featured Snippet in the SERP.

As for Barby, these findings don't come as a surprise.

"Ultimately, Google is still going to be relying on its core ranking factors to determine which of the many relevant results it should surface as the voice result," he says. "The big difference in voice search is that there's no longer a 'page 1 of Google' -- it's one simple result or nothing."

Backlinko's discovery of a correlation between the Featured Snippet and voice search responses is somewhat similar to its findings on positive outcomes for brevity and listening comprehension. As I noted before: That's why Google Home, for example, will often read an excerpt -- or snippet -- that best summarizes the answer, and then leaves a link to the full page in its corresponding app.

Chin's research corresponds to this finding. "In a majority of cases, Featured Snippets are there to answer question-based queries in the SERP," she says. "Google is trying to surface the best and most direct answer to the question right within the results page, which is the same thing it's trying to do with a question-based voice query -- but only get one shot at the answer."

Chin also notes the goals of the Featured Snippets and voice queries are essentially one in the same: "to answer a question."

"As for Marketers and SMBs," she continues, "the strategy for both is fairly similar --continue creating helpful content that answers your audience’s questions in a simple and understandable way."