The History of Emojis, or Why That Brand Just Winked at You

It could be a simple mistake.

The person who set the type for a transcript of a speech made by President Abraham Lincoln in 1862 might have been distracted. He placed a semi-colon before the ending parenthesis, rather than after, resulting in the below sideways winky face appearing in the notes for his speech.

It could be a transposition error, or it could be the inclusion of one of the most complicated emotional emoticons.

The Beginning of Image-Based Online Communication

The emergence of the smiley face and sad face as a form of digital communication happened in 1982 on a message board. Scott E. Fahlman, a computer scientist at Carnegie Mellon University, posted this in response to the group’s members who wanted to determine a signal that a post was either meant to be humorous or serious:

I propose that [sic] the following character sequence for joke markers:

Read it sideways. Actually, it is probably more economical to mark things that are NOT jokes, given current trends. For this, use:

Emoticons are text-only display that, using colons, hyphens, parenthesis, and various other keyboard symbols. These symbols can be created by anyone by forming different symbol combinations. The ¯\_(ツ)_/¯ (shruggie) is a popular example of this.

What can be confusing is the emoticon-emoji overlap. Some emoticons are also emojis, but emojis are not emoticons.

The Introduction of the Emoji

Shigetaka Kurita created the first 176 emojis in 1999 for NTT DoCoMo, a Japanese mobile phone operator. It wanted to provide users with a way to communicate through images. Emoji means picture word, or pictograph, and the first images were inspired by Japanese comic books and Japanese characters inspired by Chinese symbols.

Kurita “looked for symbols that instantly conveyed thoughts or emotions without inspiring strong likes or dislikes in the way a picture might,” reported The Wall Street Journal.

The main difference is that emojis are standardized, while emoticons can develop as new phrases and words embed themselves in our language. Emojis are treated as another character-based language, so browsers and software must support them. This standardization is controlled by the Unicode Consortium.

Because of this standardization, Unicode has to review and approve new addition to the visual language. Currently, the organization is reviewing 37 new icons, which should appear in June 2015. These icons include Popcorn, Zipper-Mouth Face, Prayer Beads, Face With Rolling Eyes, and Taco, which garnered the signature of more than 30,000 supporters on Change.org.

Because of the popularity of these digital images, many messaging/chat apps have created stickers, which are small images people can purchase and use like emojis and emoticons. Because of the overlap, many brands and commentators tend to use emoji and sticker interchangeably (We will also do this when it comes to classifying brands' use of emojis below.).

So, how did the emoji emerge as a dominant form of communication not only in Japan but in the U.S.?

In 2011, Apple was looking to expand its market in Japan. People had been using these characters to provide context to their communication, so Apple added a hidden feature (for North America users) in the iOS5 update. People began unlocking the feature, and suddenly, yellow faces and poop icons became a part of our lexicon.

Now, emojis are available on every device, but that also means the icons had to be standardized for each operating system. You will see slightly different emojis on Android than on iOS or on Twitter. 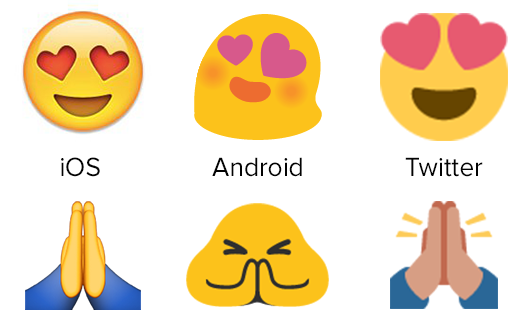 Brands are finding that they can use these non-verbal forms of communication to support their own message and initiatives.

Coca-Cola wants to “spread happiness,” so it called on the help of those smiley face emojis. It bought the domains for the emojis that are smiling or looking happy. When you enter any one of these URLs, you are sent to emoticoke.com. The brand promoted the campaign in Puerto Rico. 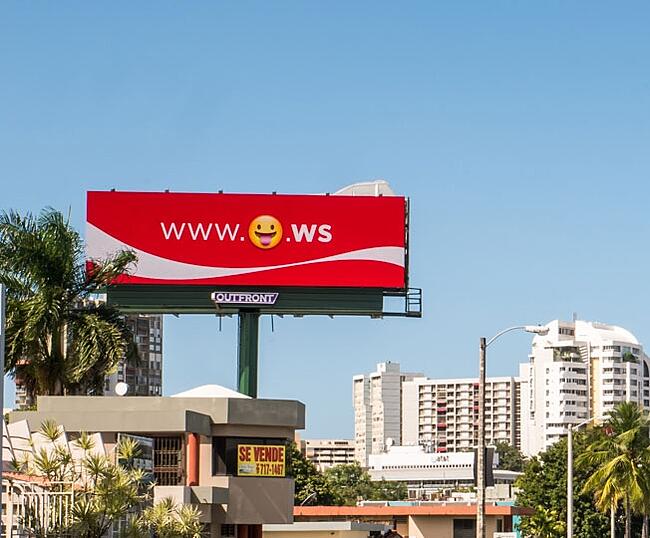 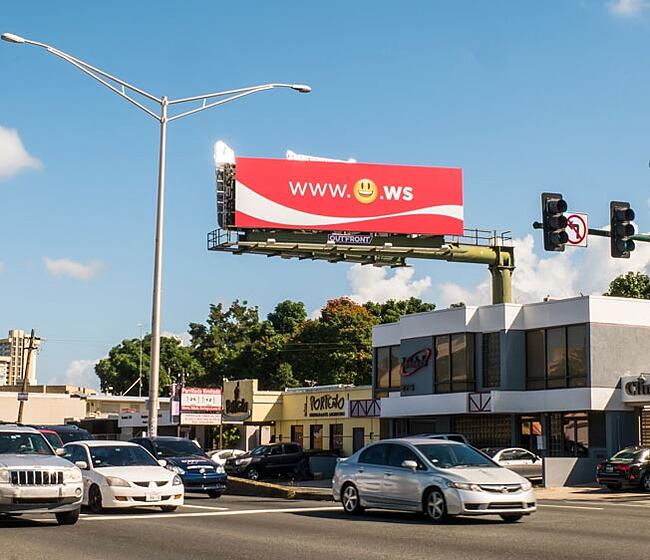 Note: This isn’t the first emoji domain. The first one was registered in 2011 here: http://💩.la

In December 2014, GE took over New York University’s chemistry lab to promote science and its Emoji Periodic Table of Elements. Each element includes in a tutorial so people can experiment at home. For the campaign portion, people could send an emoji to GE over Snapchat, and the brand would respond with a video of the experiment. 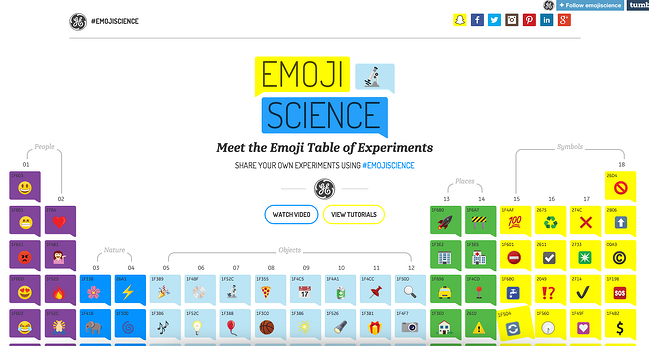 The brand released a set of Ementicons people could download and use to share important emotions, such as “FOMO,” “selfie-obsessed,” “bromantic,” and “cute-crazed.” The brand partnered with Ultratext to add the ementicons to its keyboard. 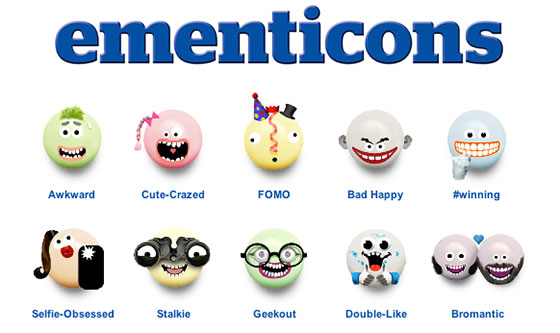 In early 2015, Oreo launched a campaign in China where a parent could download images and paste her and her child’s face onto emojis. Within the first 11 weeks, 99 million emojis had been created on the mobile messaging app WeChat. 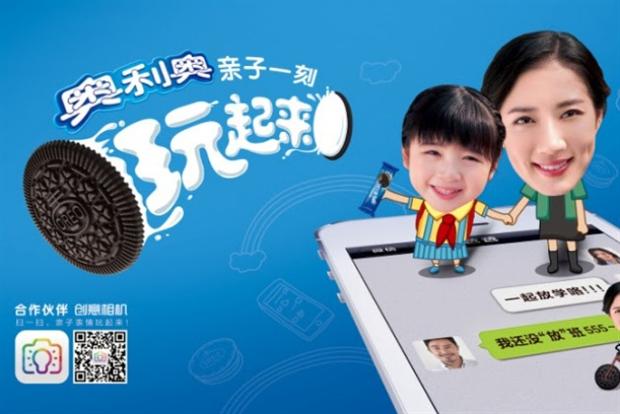 Earlier this year, IKEA released a set of emoticons to help people communicate about the household more efficiently and with fewer misunderstandings.

PETA highlighted how animals are the ones who suffer for a person's vanity and fashion wants in this short video. The campaign asked people to donate via their mobile phones by texting the "heart" emoji.

For the 2015 NCAA Tournament, Julia Heffernan created a set of 84 team-inspired emojis (which are actually more like stickers). People can download the stickers, and celebrate wins and losses with an emoji mascot. 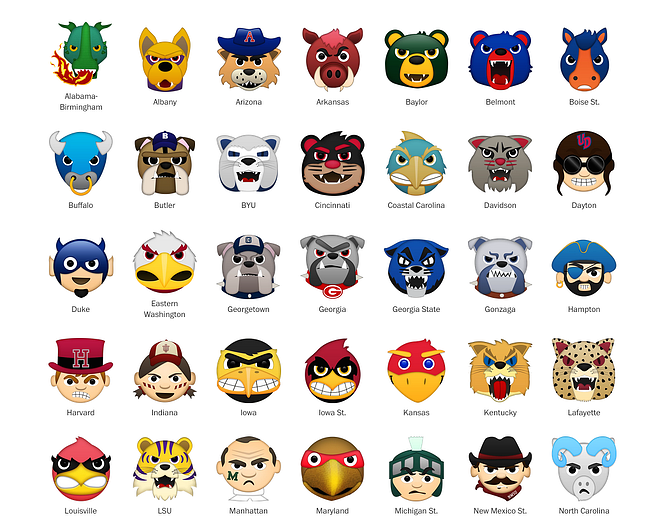 The Future of the Emoji

Driving the prevalence of emojis and stickers is the rise of mobile messaging apps. Line, one of the most popular apps, gains 1.7 million users each day, and it makes more than $10 million per month due to the sales of stickers. WhatsApp surpassed 700 million monthly active users in January.

Swyft Media, an agency that creates emojis and stickers for brands for distribution on mobile messaging services, told CNBC that people who use these apps send 96 stickers per day on average. The agency has also reported that users send 6 billion emoticons or stickers each day through messaging apps.

But another increase in the adoption of digital image-based communication may once again come from Apple. The release of the Apple Watch in April will bring text messaging to a person's wrist, but there won't be a keyboard on the device. Wearers will have to use Siri to dictate or choose a pre-defined message to respond with. Or the person could do what Kevin Lynch, vice president of technology, did onstage at the Apple Watch event. He responded to a friend's message over WeChat with a "thumbs up"sticker.

This expansion of visual language comes at a time when people are struggling with how to communicate in a digital way. The lack of face-to-face interactions means we also miss out on body language and facial cues that help us understand the emotional underpinnings of a response. Consider how the use of the exclamation mark has evolved in professional and personal communication: "The exclamation mark, once reserved for expressing joy or excitement, now simply marks baseline politeness," wrote Melissa Dahl in New York Magazine.

This concept can also be applied to brand communication. Brands can use emojis and visual images to express emotions that can be uncomfortable when typed out or lack a touch of intended irony. Consider how Wendy's interacted with an adoring fan: 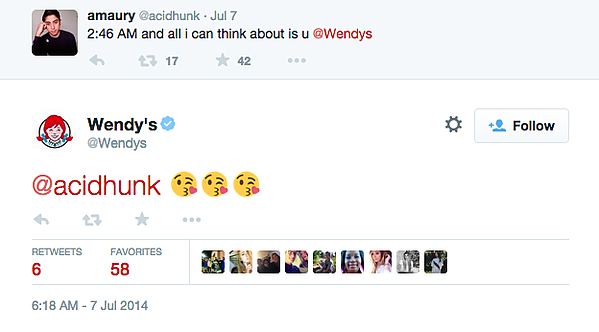 The key to using emojis as a part of any marketing plan is to make it authentic and to make the digital image support and enhance the user's experience. The visuals should be a fun, quirky way to connect, not a confusing brand attempt at millennial marketing.

Remember: Communication is just as much about what you say as how you say it. And sometimes, a simple 😀 is all you need to make a memorable mark.