How to Run a Productive Creative Brainstorming Session 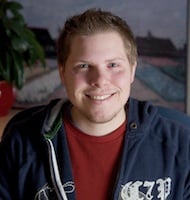 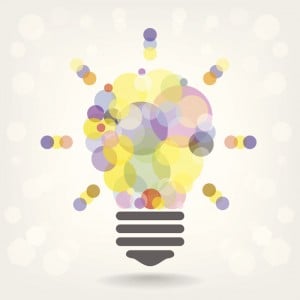 Brainstorming is a something that has become a type of buzzword for the industry — it's one of those words that people use loosely without referring to the activity in the proper context. But brainstorming is actually one of the most useful devices for finding a solution to a difficult problem.

The issue is that many people have difficulty running a productive brainstorming session. A fast and furious session of tossing out ideas is great, but the "shoot from the hip" approach that most people take can leave a team with a ton of ideas, but no direction.

So how do you make sure that your brainstorming session produces a fruitful yield of solutions? It all starts, as the Boy Scouts would say, by being prepared.

The Setup and Preparation

Bigger isn’t always better. While brainstorming doesn’t have a limitation of the amount of people, a group of four to six people is best. Usually this offers enough people to have different ideas, but small enough to come to a single conclusion through compromise about an idea.

Make it an Event

This can be the first step towards a creative session. Make invitations, send an announcement, or have a contest to see who can participate. Any way you can, make the session important. If people see the session as important, they will bring their “A” game and be ready to go.

As a person who has run their share of creative meetings, I know that when things don’t have a time limit, they tend to drag on or get stuck on a single point. Keeping the session to a set time gives people incentive to keep the momentum going and provides an end goal.

Make sure the purpose of the session is stated, and keep that in focus throughout the session. Whether it’s coming up with a side project or thinking on how to build a better mousetrap, always keep that idea front and center.

It’s inevitable that when ideas are flying, a couple of bad ones will be flung into the mix. DON’T SAY THAT THEY ARE BAD! If a person is told that his first idea is bad, he will be less likely to speak the rest of the time. This could lead to someone having something brilliant in his mind, but it never even makes it to paper.

The Wilder, the Better

The crazy ideas are welcome in a brainstorming session, because a wild idea can always be simplified into a commercial idea. However, there is a balance in throwing out a wild theory to a problem, and just being crazy for the sake of being crazy. Make sure that everyone in the group understands the difference.

Chain the Ideas Together

Don’t look at each person’s ideas as separate, but rather think of all the ideas as blocks that can be put together in order to make a stronger idea. This is a team exercise and everyone should only be out to solve the problem, not look for credit for solving the problem.

The only thing that is important in this is the goal of the session. Much like King Arthur’s Round Table, have someone lead the session, but remember that everyone’s ideas have the same amount of validity.

Have a Post-Session Break

Brainstorming sessions can be pretty draining, so try to build in sometime afterwards for a little break, and congratulate yourself on a job well done.

Compose a master list of all the ideas that came out of the session on a single page. Then separate your ideas into three categories: bad, good, and awesome.

The person who ran the meeting should then decide what ideas deserve to be taken further, and then send out a next step and thank you note to the participants.

Creative meetings, if done correctly are a valuable asset to any team or organization. It can also bring co-workers together. Being able to freely bounce ideas off others can install confidence as well as unearth hidden talents in other members of the team.

6 Small Things That Are Making You Less Productive [Infographic]