Two weeks ago, we counted down the seven best examples of emoji marketing. Each of our selections demonstrated that done right, brands could capitalize on the emoticon craze to better connect with millennials, who if you remember, prefer to engage with pictures than to read.

Unfortunately, what made that post so necessary is that the effective use of the emoji in advertising is few and far between. Really few and far between. More often than not, brands completely misfire when it comes to “speaking millennial,” resulting in some truly and spectacularly cringe-worthy advertisements. It can seem a little bit, like, well ... 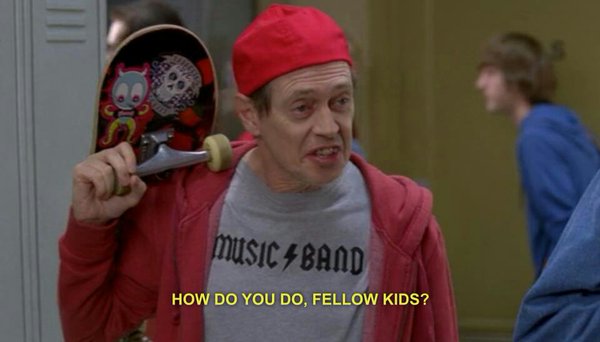 And as you’ll see, it’s not just smaller companies failing to make an impact. Awful emoji usage spares no man. All we can hope is that these brands learn from their mistakes. 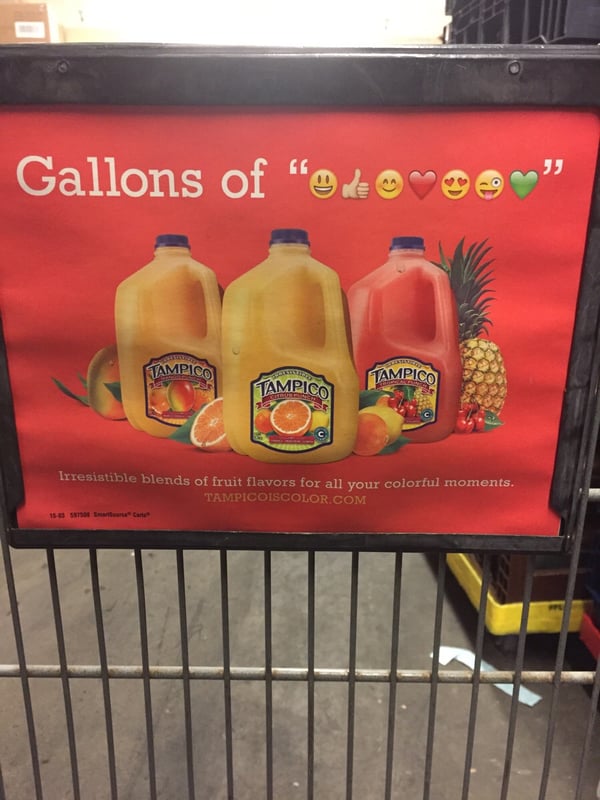 Gallons of what, Tampico? Gallons of what? This is why the lack of an agreed-upon universal emoji language is a killer. Am I supposed to sound the icons out to form some word or phrase a la the Deadpool billboard? Or is this ad simply informing me that drinking Tampico will cause me to run the gamut of emotions from happiness to love? And what is the significance of both a red heart and a green heart?!? 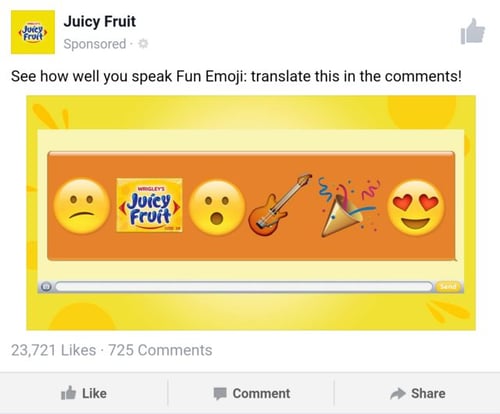 Though the emoji usage is pretty uninspired, it’s the smug caption challenging my ability to translate it that proves so annoying. No, Juicy Fruit, I do not want to take the time to decode your message. Just tell me that your gum is a party in my mouth in plain English. 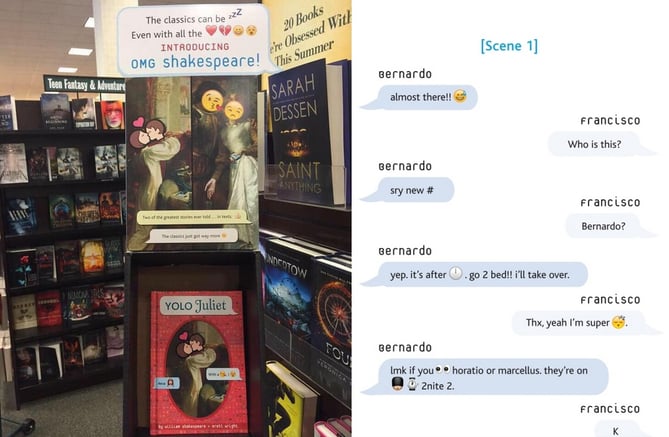 Imagine the pitch meeting: “Oh, I know what’ll be a great idea. Let’s take some of the greatest works of literature of all-time and translate them into emojis. We’ll take a beautifully written stanza such as, 'For never was a story of more woe than this of Juliet and her Romeo,' and replace it with emojis -- a book, a crying smiley face, a boy, and a girl. Boom. Genius. Now let’s figure out a way to retell The Odyssey with hashtags.” OMG Shakespeare indeed. 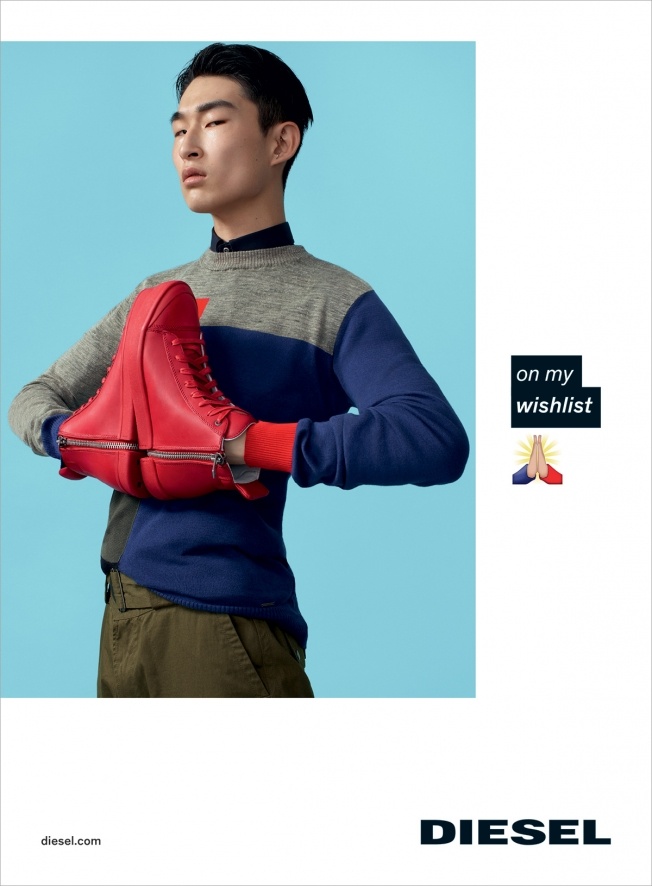 Look, convincing teenagers to avoid peer pressure and the drinking and drug use that can come with it is admirable. But these attempts to “speak to teens in their language” seems condescending. Carson Wagner, professor at the Scripps School of Journalism, said it best in an interview with the Washington Post: The campaign "is likely to draw the attention of the target audience, and then it is likely to draw the mocking. You're likely to see t-shirts that mock that campaign in all emoji." It’s a classic case of not understanding your audience. 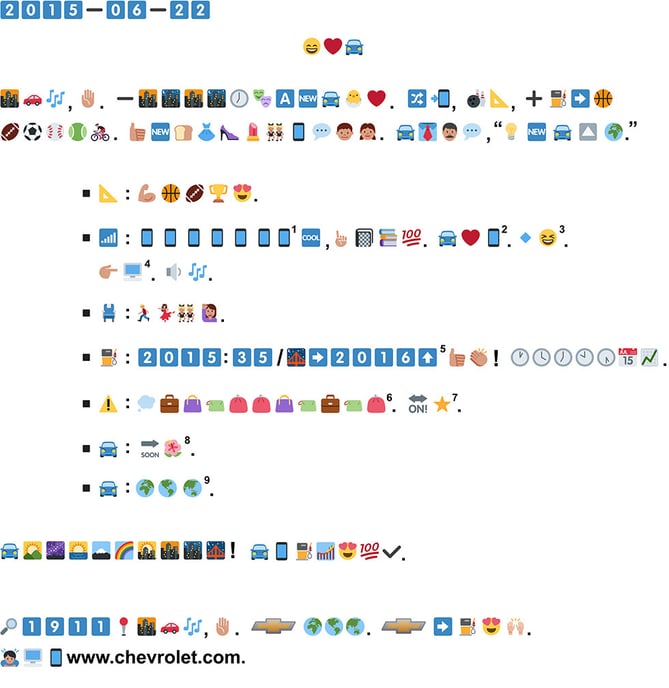 Because the only thing more boring than parsing through a press release stuffed with jargon such as “industry-leading,” “world class,” and “value-added” is translating one from emoji -- even if Norm Macdonald is there to help.

Not creepy. Not creepy at all.