The Ultimate List: 24 of the World’s Largest Social Networks

Nowadays, when we talk about social media, we usually mean Twitter and Facebook . Sometimes, we include YouTube, LinkedIn and Foursquare in that category. But we rarely consider the existence of global social networks .

The truth is, if you are trying to reach international markets, you need to get acquainted with some of the world’s most popular social networks. In this blog post we cover the biggest networking channels and which countries use them the most.

Ameba is a popular blogging site in Japan, similar to Wordpress in the U.S. The company also launched a Twitter twin called Ameba Now. It also owns Ameba Pico, a social gaming site that allows you to create avatars, visit virtual places and chat. A common thread across these platforms are the colorful graphics and cute avatars. 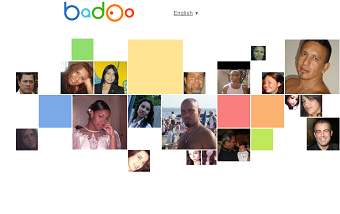 Badoo ranks #124 in the world according to the three-month Alexa traffic rankings. Based in central London, the company has 118 million members in 180 countries but appeals more to Hispanics. The site has both a free and a paid option, the latter granting more visibiility to paid members and giving them access to all advantages Badoo offers.

While BlackPlanet isn’t used by one single nationality, it’s the most popular networking platform among the Black community online. In addition to the standard capabilities for building friendships, the site offers an active discussion board with forums, news stories and blogs. That is maybe one of the reasons why it was the subject of a 2007 study about civic engagement .

A 2009 study of 1000 people found out that the  main social network in France is Copains d’Avant . It is especially popular among students and was ahead of both Windows Live Messenger and Facebook in terms of usage. 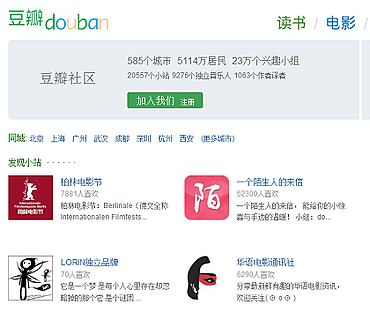 With Alexa Traffic Rank of 130 , Douban.com is one of the most visited sites globally. It’s a popular Chinese site for book lovers, movie enthusiasts and music fans. Featured brands have so-called “stations” on the site and community members can interact with these brand pages that offer gifts, polls, forums, photos.

hi5 describes itself as “the world's leading social play network” and is present in more than 200 countries. It allows members to play games, create their avatars and meet new people. The site is available in more than 50 languages and prides itself on reaching a wide demographic.

With 9,3 million members, Hyves is the most popular social networking site in the Netherlands. It includes blogs, events, photos and chat. It also has games, a Postcard service and free calling and texting. 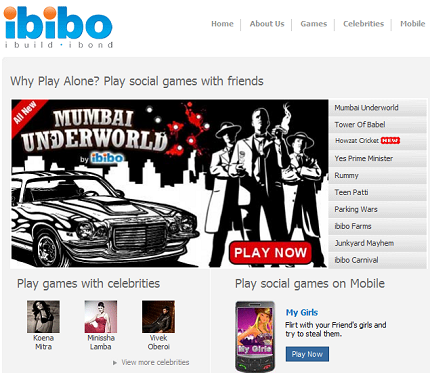 Ibibo is a popular site for social games in India. It specializes in role-playing games, multi-player games, talent games and contests. You can not only follow celebrities (the way you would normally do on Twitter), but you can also play games with them. In a 2010 article BBC reported that Ibibo has more than 3.7 million users, “making it the largest locally-based social network in India.”

Launched in Budapest in 2002, iWiW has more than 4 million registered users and its name stands for International Who Is Who . Similarly to Facebook, the site offers its members the opportunity to log in to other sites with their iWiW credentials. The company has also entered the mobile market by introducing its application for the IPhone and for Android.

Founded in 2004, Mixi is the dominant social networking site in Japan. In February 2011, Bloomber reported that Mixi has about 22 million customers in the country, “10 times the number of Japanese Facebook users.” The site offers check-ins and tagging information in real-time through mobile devices. 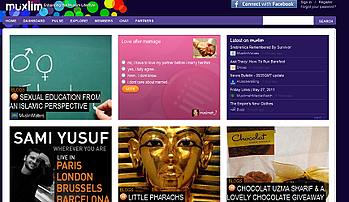 With members from over 190 countries, Muxlim prides itself on being the world's largest Muslim lifestyle network. According to Alexa , about 12% of the visitors to the site come from India, but Muxlim.com is also popular in the Philippines. It's particularly appealing to advertising because of the rapid growth of the world’s Muslim population.

Netlog is a Belgian social networking website targeted at European youth. It's available in 34 languages and has more than 77 million members throughout Europe. Interestingly enough, its users are disproportionately from Middle Eastern countries.

Nexopia describes itself as “Canada's largest social networking site for youth.” With more than 1.2 million members, it's perceived as a cultural phenomenon. As the site reads , "we're arguing ideas in our forums, handing out bandanas in a Warped Tour mosh pit, or partnering with the world's leading media companies to put on high profile cultural events."

Launched in 2006, Odnoklassniki is another popular social network in Russia. Interestingly, the company that owns Odnoklassniki also owns a stake in Vkontakte. The appeal of the site is that you start by entering your educational institution. Then, Odnoklassniki returns a list of members who are already part of that network. 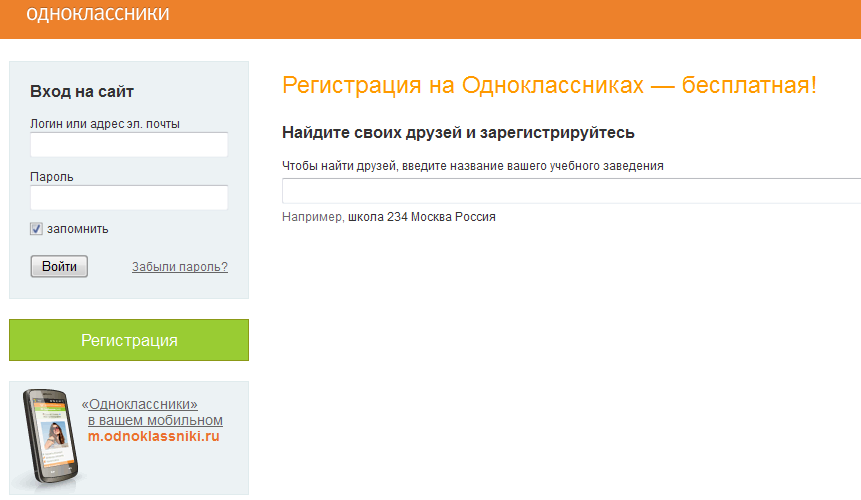 Owned by Google, orkut is an online community that you can join by simply logging in with your Google account. It prides itself on having more than 52 million active users worldwide. orkut connects people with similar interests and offers opportunities to meet both romantic and professional partners. Some of the largest communities on orkut are from Brazil, India and the U.S. The majority of the users are age 18-25, followed by the 26-30 age range.

Plurk is a free social networking and micro-blogging service popular in Taiwan. While it looks similar to Twitter, it also features existing categories to filter updates by. For instance, you can look at updates in Technology, Food, Travel and Arts. If you are curious to learn what other benefits the network has over Twitter, read this interesting article Why ‘Plurking’ is more FUN than ‘Tweeting.’

Founded in July 2007, Sonico is the dominant social network in Latin America. With more than 43 million registered users, Sonico was elected by BusinessWeek as the 5th tech startup with the highest global growth potential. In early 2010, the network already had launched its iPhone application . 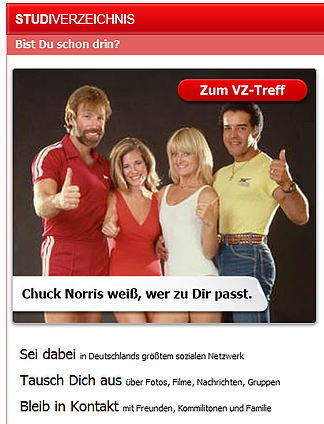 StudiVZ is the largest social networking platform in Germany. Its name refers to Studentenverzeichnis, or Students' Directory. It features, movies, news, images and groups. In 2010, Der Spiegel reported that the network had over 16.6 million registered members in Germany.

Tuenti is also known as the Spanish Facebook. It’s an invitation-only social networking website with more than 9 million users. Just by visiting its home page, you will see that the site is focused on social, local and mobile. As opposed to having ads throughout the site, Tuenti works with advertisers to feature splash ads when users first sign in. It also offers sponsored events .

With 35 million professionals, Viadeo offers opportunities to manage your business network, connect with industry experts and advance your career. Its presence spans from the U.S., Canada and Mexio through the UK, France, Spain, and Italy and to Indian and Chinese markets. The company partners with some large media organizations such as CNN and the Financial Times as well as with powerful web companies such as Google and IBM.

VKontakte looks almost identical to the way Facebook looked two years ago. It’s a Russian networking site that allows you to reconnect with people and make new friends. You can become a VK user only with a member invitation.

Wer-kennt-wen.de is one of Germany’s largest social networks. It has over 9.3 million members and means Who-knows-whom . Founded in 2006, the site allows people to make new contacts and meet with old acquaintances. It is for all ages and interests.

In 2009, Zoo was announced the largest social network in Greece. In addition to its messaging system and chat rooms, it has multi- and single-player games, its own currency and a 3D world.

Have you used any of the above networks for marketing? What others would you add to this list?