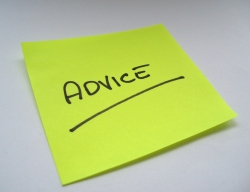 No matter what your profession, best practices give us tried and tested solutions to common problems. They are formed by experience and assembly, meaning that someone else has already gone through the process of discovery and we can benefit from what was learned. Luckily for us, there is no shortage of the “ best” ways to do things on the internet . In sales and marketing especially, best practices can be our best friend.

But, could they actually be, dare I say, an enemy in disguise ?

As helpful as best practices can be, sadly they’d don’t always work. In fact, sometimes they can hurt.

Take the case of Dropbox , a software start-up that originally followed industry-standard best practices, such as investing in advertising, conferences and in a PR firm. But it didn't work. The cost of customer acquisition was just too high. Essentially, the traditional way to launch and market a company wasn’t allowing Dropbox to scale or grow fast enough.

Why did industry-proven techniques not work for Dropbox? After all, they worked great for other companies? Perhaps because best practices merely present a standardized, cookie-cutter solution, and no business is the same. Especially since businesses today are transforming faster than ever. Dropbox realized it needed to do things differently, and today, they have 25 million users, up from 4 million in just a few years.

As said by Ted Neward, Principal at Neward & Associates:

“Best practices are an attempt to take a solution to a problem out of the context and apply them across the entire spectrum, and that essentially invalidates the entire thing. A solution is only useful when considered in context.”

The key word here is context . You must consider your environment and the framework of the problem you are looking to solve when properly applying a best practice. Essentially, conventional wisdom should be fluid, not set in stone as an absolute truth.

Let’s take web forms as an example.  True or false: It’s best practice to have short, not long, conversion forms on your website?

Most of you probably answer “true.” Why? Because the general consensus are that shorter forms perform better than longer ones, and that longer forms automatically equals lower conversion rates. But is this really true?

HubSpot recently tested this theory of long forms verses short ones. We performed a simple A/B split test with a popular offer, a 30-day free trial of our software . The original, existing page contained our standard conversion form of 11 fields (generally a pretty long form), and the new test page only contained 5 fields, a 55% reduction in required steps for the visitor. What was the difference in  the conversion rate by having a shorter form?

How can this be? Many experiments prove it’s better to have shorter forms. That’s why it’s a best practice afterall. Our result is simply because of context. The value in the offer outweighed the required task of completing a longer form. In the end, it didn’t matter if there were 5 fields or 11. People really wanted the trial.

But Wait! Best Practices Aren’t All That Bad

What can be learned from our form test is not to think “its best practice to use short forms,” but instead “it’s good practice to use forms that are not too long , or longer than necessary, but test it just to make sure.”

In a 2010 interview with Stanford University’s during a thought-leadership series, Diego Piacentini, Senior Vice President of International Retail at Amazon, said in his speech that there is a “myth about best practices.”

“The issue with best practices is that often times they are just good intentions, but good intentions never work. You look at what a [business] does very well, and as a best practice you need to try to do the same. In our business model, everything is equal unless proven with data . Once you have the data, you find it needs to be different.”

Data (in our case, the lack of change in conversion rates) is what demystified a very common best practice of long forms verses short ones. Testing is the best way to prove whether a ‘best practice’ really works the ‘best’ way for you. This is what has made companies like Amazon so successful.  They never assume, they always test.

The key here is to take a best practice as a starting point and adapt it to context. I dare you to break the rules a little, try and test some radical ideas. I think the new best practice should be to not blindly follow best practices, but to test them.

Overall, best practices aren’t bad, but using them without considering context can be harmful.  'Best' practices should be considered ‘good’ practices because the word 'best' suggests that they are somehow final or beyond dispute. Using the term ‘good practice' leaves the door open for improvement.

So start with best practices as a baseline, but never stop asking yourself how it could be better.

What do you think about best practices? Harmful or helpful?