4 Reasons Why Rapper Nicki Minaj Should Manage Your Brand 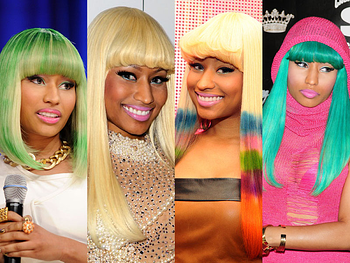 Ever since rapper Nicki Minaj ’s debut album, Pink Friday , has been topping the charts, it’s been all anyone could talk about. Even business publications like The Wall Street Journal , Black Enterprise , and Forbes have taken a stab at deciphering Minaj’s success and, perhaps, rightfully so. 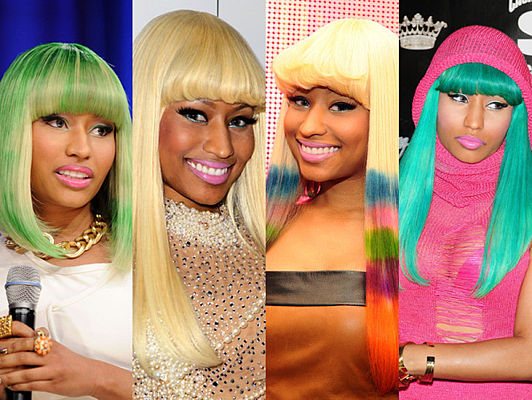 Nicki Minaj entered the pop and hip-hop mainstream in 2010, at a time where there were no prominent female rappers and few had been reasonably successful in past decades. Couple that with the fact that the music industry as a whole has been in decline, the idea of pushing an artist like Nicki Minaj seemed like a recipe for disaster.

Artists aren’t selling records like they used to ; so when freshman emcee Nicki Minaj’s lukewarm debut outsold veteran rapper Kanye West’s critically acclaimed album, My Beautiful Dark Twisted Fantasy , industry insiders took notice. She was an underdog and her product couldn’t compare with a major player in the music market, but she still triumphed. For Nicki Minaj, the answer is simple: stellar brand management.

Here are four marketing takeaways from Nicki Minaj’s career that are sure to put her on your brand manager shortlist:

Nicki Minaj always switches up her look. Everything from her hair color to costumes gets changed with each appearance, but that doesn’t stop her brand from being instantly identifiable. One of the core elements of her brand identity is an anime inspired wig. The color can shift from neon green to leopard print, but the style remains the same. It’s her signature, and she's kept this consistent in all of her marketing assets . So when another artist, Lil Mama donned a similar style wig at an industry event, she was immediately pegged a Minaj copycat.

Marketing Takeaway: When developing your brand identity, it’s important to produce something both signature and versatile. Don’t overcomplicate. The brands with the most recognizable identities are both bold and simple and keep their logo mark consistent across all channels. This allows for versatility for different campaigns without sacrificing brand recognition. Even more, when a competitor mimics your brand, there is no question about who’s the originator.

Much like any saturated market, breaking into the music industry is no easy feat. Nicki Minaj realized this early on and strategically aligned herself with prominent, established artists in the mainstream. In 2010, Nicki Minaj was featured on nearly 20 tracks on the albums of charting, popular musicians—lending credence to her burgeoning career and exposure to a bevy of fan bases. That year, a month before the November release of her debut album, Minaj had broken the record for a female rapper with the most singles on Billboard’s Hot 100 at one time with seven songs, only one being her own.

Marketing Takeaway: Established brands are always trying to stay current. If your company brings something fresh and innovative to the table, prominent brands will be more open to partnering and sponsorships. Partnerships allow established brands to maintain their footing among consumers and for a new company to borrow their brand equity in order to gain exposure and credibility. Consider seeking new partnerships or co-marketing opportunities as a way to expand your reach and increase credibility.

There’s nothing organic about Nicki Minaj’s growing Twitter and Facebook following . Nicki Minaj considers them leads and goes to great lengths to nurture them. She engages—constantly retweeting fans and responding to comments on Facebook. She has even branded her fan base as “Barbies” and 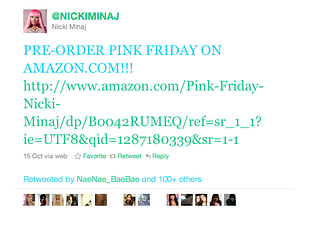 has built a tribe of brand evangelists who fuel trending topics on Twitter and influence purchasing decisions. On October 15, Nicki urged her followers to pre-order her album, Pink Friday , on Amazon. Nicki Minaj’s conversion rate was incredible. Immediately after tweeting, her album went from being No. 504 on Amazon’s best sellers list to No. 4.

Marketing Takeaway: By using social media—Twitter, Facebook, blogs—and other forms of direct-to-consumer and inbound marketing, you can accomplish deep brand engagement and be more successful at expanding your reach and developing a stronger customer base that purchases faster and more often. Don’t use social media aimlessly or to merely broadcast company announcements. Rather, engage and build a community in order to see a return on investment.

4. Sell the Brand, Not the Product

For most artists, developing a brand around their music occurs after successful record sales, but not for Minaj. Prior to releasing her first album, Minaj fervently worked at developing herself as a lifestyle brand and has been candid about strategy. 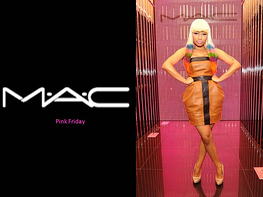 “You can’t come into this business thinking it’s all about music,” said Minaj in an interview with Vlad.tv in 2009 . “I wanted to explore the business and take it to where the guys take it as a businesswoman. So my music is only one facet of the empire I’m building.”

The result was a lifestyle brand which she has leveraged into album and concert ticket sales; endorsements with MAC Cosmetics and 1-800-Flowers; and even an appearance on “Saturday Night Live.”

Minaj fans have become so engaged with her brand that they willingly support all of her projects regardless of whether they’re music related. Critics agree, Nicki Minaj isn’t the best rapper; her music is not second to none, but that hasn’t hampered her success. Her legion of followers are not hooked on a single product, instead the Nicki Minaj experience—being fun, fearless and independent.

Marketing Takeaway: People don’t buy products; they buy brands and the experience they bring. Tighten and clearly define your brand’s message, positioning, and identity in order to strengthen it. Trying to be too many things for too many people will only weaken your brand. A good indication of a strong brand is when a brand name replaces a noun—think Band-Aid, “Google it,” and Q-tips. Narrow your focus, deliver an experience, and you’ll increase your impact.

While appearances on “Saturday Night Live” and big brand collaborations can certainly help a musician’s career, it is overall brand strategy that propels a debut like Pink Friday to No. 1. After all, in the rhymes of Minaj, “Nicki ain’t a rapper/ Nicki a brander.”