This guest post was written by Christine Herrington, Co-Founder of SEO Skye , a search engine marketing firm based out of Denver, Colorado. Christine recently published a mobile marketing white paper which we asked her to summarize below.

It is a brave new world for mobile marketing , and without a proper guide, you could get lost in all the new developments. To help you better grasp this exciting industry, we have identified the 8 most significant mobile marketing trends of 2011 that are sure to change the mobile marketing world we know now.

Trend 1 - Mobile Advertising Spend is on the Rise.

According to Forrester, mobile advertising in the U.S. will expand to a billion-dollar business in 2011, nearly a third of the predicted global mobile advertising market. By 2014, it has been projected that the U.S. market will more than double in size, reaching $2.5 billion!

Trend 2 - Smartphones are Beginning to Dominate the Mobile World. 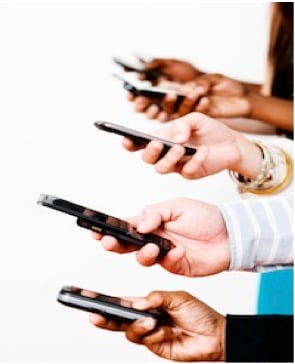 eMarketer calculated that U.S. smartphone users reached 60.2 million by year-end 2010, increasing by nearly 50 percent from 2009. This year is expected to see continued growth, with smart phone users projected to reach 73.3 million by the end of 2011. This projected growth will have smart phone owners accounting for 23%of the mobile user population in 2011; by 2015, they will represent 43%. The rising popularity of smart phones will surely produce an increase of engaged consumers eager to use e-commerce mobile sites for their purchasing.

In hopes of tapping into the tablet gold rush, Phone manufacturers like Samsung, Blackberry, and HTC have all begun launching their own tablets to compete with the iPad. eMarketer projects that 24 million tablets will sell in 2011, with the iPad's overall share of the market dropping to 80%. This trend creates a new and important mobile marketing frontier for businesses to capitalize on.

Constant innovations and improvements are being made in mobile website and application design, making the user experience more engaging and simple. It will be pivotal to optimize your URL for mobile access, and to continually optimize your mobile site for speed, image rendering, and accessibility.  In other words, all of the traditional search engine optimization rules apply and become vitally important to follow.

According to Nielsen, social networking was the fastest-growing category among users of both apps and mobile browsers, growing 240 percent and 90 percent respectively. eMarketer estimates that by 2015, the population of mobile social network users will reach 79 million. Blue Fountain Media found that Americans spend one of every six minutes online using a social network, offering marketers a tremendous opportunity to increase their exposure time through mobile social networking.

Users no longer want to just update their status; they want to be able to adjust their social networking experience around their geographic location. SNL Kagan reported that location-centric social networks such as Foursquare and Gowalla experienced explosive growth in 2010, with the total user base nearly tripling over the year.With Facebook now offering their Places Application, consumers will begin to expect and rely on mobile sites and apps to respond according to their geographic location.

Trend 7 –  The Debate Between Mobile Applications Versus Mobile Website Continues.

It is still unclear as to which mobile format is more effective: mobile application or mobile website. Experts say it really depends on what you are trying to accomplish with your mobile campaign. According to Geekwire, mobile websites are more effective at reaching larger audiences and providing instant updates, while native apps promote better connectivity, engagement, and performance. Our philosophy - why skip out, in either case, on such an affordable user-friendly medium?

Consumers no longer only rely on computers to access the Internet. Mobile Groove found that the average session time for a mobile browser user is 6 minutes, which they will perform continuously throughout the day. This research suggests that consumers want mobile pages to work as quickly as possible. If the mobile page does not perform promptly, consumers will quit their sessions in a fit of frustration. Now used to mobile browsers, Consumers now concern themselves with the information businesses provide on their mobile site, and the ease and speed in which they can access it. The easy answer for curbing mobile user's appetites is “there’s an app for that.”

The mobile marketing world is expanding and transforming rapidly before our eyes. Users are becoming increasingly dependent on mobile sites and applications for instant access to information, tools, deals, and product research. It will be integral for businesses to adjust their marketing strategy to accommodate for these changes in consumer behavior.