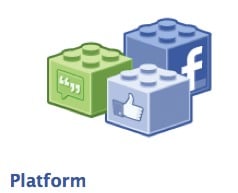 As was very nicely predicted in an Social Commerce Today article from January 2010 regarding Facebook’s integrated payment system, online retailers are definitely taking notice and looking for ways to take advantage of the massive social media giant Facebook and its expanding ecommerce capabilities.

-        DAO Pay which allows payments via your home phone bill.

-        And even Amazon Payments , which was cleverly predicted in the article.

There are other partners who have joined the Facebook frenzy.   What was once considered a small time scam player called Offerpal , the renamed and reinvented company Tapjoy has legitimized itself by helping Facebook power its ecommerce capabilities, particularly for online gaming and more.

Inside Facebook notes that Tapjoy plans to not only evolve Facebook's mobile and its gaming capabilities, but also to take mobile gaming to a new level.  Tapjoy partners with iOS , Android, and Facebook to offer mobile and online gaming options.

How does this relate to ecommerce strategy?   In almost every sense this budding infrastructure will affect ecommerce to its core.  Anyone who conducts retail business online will need to develop a plan to interface to Facebook’s integrated payment systems.  Thankfully a good bit of this work will be performed by partners who already know how to integrate and are popular today with retailers.  Companies such as Amazon saw the writing on the wall, and took advantage of this opportunity early in the game.

With the system provided on Facebook, online (and mobile) gamers can purchase “virtual credits” using real money from one of the partnering tools like Spare Change, DAO Pay, or Amazon Payments.  These virtual credits can then be used for online game play enhancements and perks.  What is to stop this very same process from occurring with actual products and services, not just games?   You could build up a Facebook virtual credit line, and then perhaps use it to buy streaming movies, MP3 ’s, or even products that would ship directly to the buyers.  Speculatively, entire promotions could be structured around earning these virtual credits, which would encourage consumers to buy as part of an ecommerce strategy.

Could this have any impact in the B2B arena?   Most definitely.  As predicted “long ago” in the 1990’s by Bill Gates of Microsoft, there are online communities being built around “portal” sites like Facebook.  These portals bring like-minded people and businesses together to exchange information, opinions, and to conduct ecommerce strategy.  Businesses can work and trade with other businesses using the same infrastructure.  Just as friends tend to buy products that are recommended (or “liked” on Facebook) by friends, businesses also prefer to look to benchmark against other businesses for what tools and products to use.

Granted, there has been and will continue to be resistance to the Facebook phenomenon.   Some people are definitely alienated by the backend “social graph” that is created using the “Like” and “Share” features of Facebook.  The links created when the user selects “Like” or “Share” has behind the scenes implications, where companies now know and can solicit directly to those users.  How far the “social graph” will go remains to be seen, but users should be aware that those simple buttons can reveal a lot about their buying habits and interests – bordering on invasion of privacy for some.  But because these are voluntary selections, and just as you can voluntarily provide your name and address to any retailer for coupons and promotions, Facebook has emulated this online.  There are still legal challenges to address, but at this point there appears to be no stop to the “like”.

As a business person, you should seriously evaluate your ecommerce strategy in regards to Facebook and other social media sites.   Whether you are B2C or B2B, there is an opportunity there where you should gain some real market advantage.

Have something to say? Have a question about eCommerce? Chat with HubSpot's Top Inbound eCommerce experts on our Twitter list .