How a 9-Year Old Successfully Newsjacked the GOP Primary 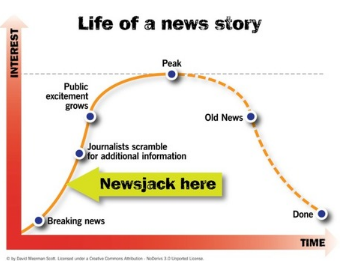 This is a guest post written by Ilya Mirman. Ilya has spent the past decade as VP of marketing for some of Boston's coolest software companies. He can be reached at www.ilyamirman.com.

Journalist Darren Garnick and his 9-year old son Ari did some very cool "newsjacking" recently. (According to marketing strategist David Meerman Scott, 'newsjacking' is "the process by which you inject your ideas or angles into breaking news, in real time, in order to generate media coverage for yourself or your business.")

Darren wanted to find a fun way to teach Ari about politics. Given Ari's fascination with superheroes, they hit the campaign trail asking every GOP candidate the question, "If you could be any superhero, who would you be, and why?"

Darren made a short video, and wrote a fun article for The Atlantic. This was quickly picked up by a variety of media outlets, including CNN, Fox News, Washington Post, USA Today, National Geographic Kids, Parade Magazine, and others.

I see several marketing lessons in how the candidates answered, and in the propagation of the story itself:

Messaging 101: Be Able to Articulate and Differentiate Your Brand

Even though this exercise was not intended as a test of the candidate's marketing skills, the superhero experiment is a fascinating prism to see how each presidential wannabe can instantly communicate his/her message and personal brand.

Most of the candidates chose Superman, which is about as safe as it gets, and missed an opportunity for differentiation. I found it odd that no one chose Captain America, which may arguably be an even better patriotic fit, in particular because the brain trust at DC Comics incredulously had Superman recently renounce his US citizenship! Really. So, you have to give Jon Huntsman some props for not going along with the crowd and going with Spider-Man.

Media training is all about ATM. Answer quickly/directly and Transition to your Message regardless of what the question is. Rick Santorum builds his campaign on family values. Without skipping a beat, he chose the Incredibles because the Dad (Mr. Incredible) learns that his family is more important than any personal accomplishment.

On the other hand, the charmless Ron Paul said "I don't know" and impatiently turned away.  Although he should not be faulted for not having a favorite superhero, how could he possibly whiff on such an innocuous and softball question? Using the ATM method, he could have said, "I honestly don't have a favorite superhero, but America is in trouble and it is vital that Americans like me and you step up and start paying attention to our country's needs first before caring about the world's problems." (Here's a competent example of applying the ATM technique: though Mitt Romney didn't have a favorite Guns N' Roses song, he said as much and smoothly transitioned to offering the inquirer a sandwich.)

Every media outlet is covering the GOP primary. And while there's a media frenzy, a great deal of the content is identical. There's only so many new stories, tiffs, and sound bites being generated per day, and the "always on" media is constantly hungry for new stuff. Although the GOP primary is absolutely saturating the airwaves, Ari and Darren had a fun angle on this topic, quickly rising above the noise.

The web obviously changes the rules. Yesterday, you needed a giant PR and/or advertising budget to be featured in the media. But today, the YouTube age has magnified the power of the individual. The PR lesson for candidates and businesses here is that the individual voter/consumer has potentially the same media impact as the TV networks. A simple tweet or dad's camcorder should be taken seriously, especially if it takes little effort to spin it to your advantage. 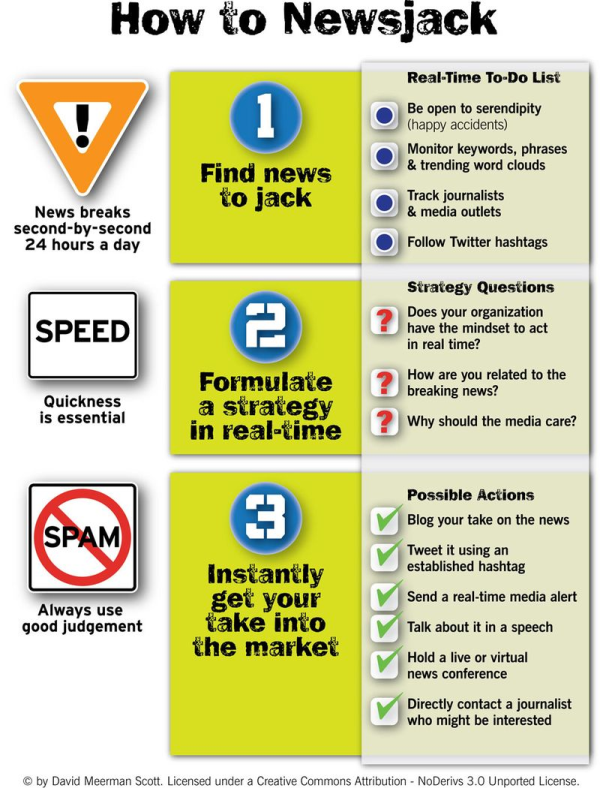 [Full disclosure: Darren is a friend, and we sometimes collaborate on off-beat journalism projects such as this piece for Slate.]

Have you ever successfully jacked the news to generate media coverage for your business?