Why You're Struggling to Measure the Value of Social Media 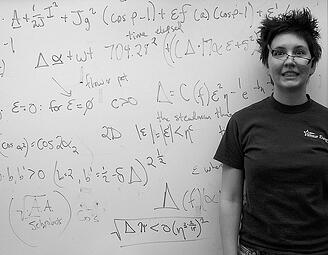 In a recent report, Adobe examined the oft-discussed issue of how exactly to quantify the value of social media. What they found was that when it comes to measuring the ROI of social media, most marketers are using all the wrong tools. In fact, the vast majority of marketers included in their study of 225 companies relied exclusively on last-click attribution to measure the success of their social efforts.

Last-click (aka last-touch) attribution is the form of tracking that most analytics tools like Google Analytics employ. It’s called last-click attribution because conversions are measured based on the most recent channel that brought a visitor in before they converted. Think of it like giving your most recent date credit for leading to your engagement rather than your first date.

The problem with measuring social media through last-click attribution is that social channels tend to engage people at the top of the sales funnel rather than right before they buy. Think about it ... when was the last time you bought something immediately after clicking through a Twitter or Facebook link? That’s not how it typically works, right? Most customers discover companies through social media, then take some time to get to know their products or services -- subscribing to emails or returning again through another channel.

So what should you be measuring to get a better understanding of the role social media plays in your business, and how do you measure it? Start by asking yourself these questions, and using these measurements, to stop the struggle around social media ROI measurement.

Is social media working to bring in customers?

Here you can see HubSpot’s social media channels (in teal) brought in a substantial number of leads, nearly 3,400 total in the month of May, and five customers. It also dwarfed our paid advertising efforts (seen in red) at introducing leads to our company for the first time.

Here’s another example of one company, Thermo Fisher Scientific, for whom LinkedIn brought in 3,804 first time visits, all of which they were able to track and credit via first-touch attribution.

What are my best channels?

It’s not enough to just know if social media is working to bring in new leads, you also need to know which channels are doing so most effectively. The most thorough way to get this answer is through multichannel analytics. While they all vary in their approach, a number of marketing analytics programs enable you to see a breakdown of which channels drove traffic to your site. If you are using, say, Google Analytics to track your marketing, it’s a good idea to use UTM tags in your links, which allow you to append additional information like what medium and source your traffic came from to a given link. For example, the following link was part of a holiday campaign, and traffic coming through it came from the social media channel Twitter.

If this seems like too much gobbledeygook for you, you can always use one of the free UTM generators out there. Or if you’re a HubSpot user, skip it entirely. Your links will get tracked without adding a UTM tag.

What You'll Need:  An Audit of Your Social Content

Some key measurements of social media’s value require no software at all To figure out what content does best on social media, all you need to do is set aside some time to examine what types of content have done best on each of your social media channels. Make sure you look at:

Note that different channels will likely have different outcomes for each of these. For example, our social media team found that images and videos performed much better for us on Facebook than on other social channels.

What You’ll Need: Some Existing Research and Some Experimentation

In the same way that you want to audit the positioning of the content that gets shared and clicked most frequently, try to vary the times that you're posting throughout the day and week to see what times yield the greatest results for you. HubSpot's Dan Zarrella has already done a lot of research on the science of social media timing to help give you a place from which to start your evaluation. But every company is different! So take some time to measure what's actually effective for you. Here's some of what Dan found in his research to get you started, though:

You can perform your own timing experiment by taking a look at the past social shares that did well for your company, and see if replicating that timing yields similar success. I'd also suggest looking at the full Science of Timing research for ideas.

Who are my social media advocates?

What You’ll Need: A Good Community Manager or Monitoring Tool

Part of understanding social media's value is knowing who your social content is influencing, and who in your community is helping to amplify your reach. According to the Ehrenberg-Bass Institute , in any given week, less than 0.5% of Facebook fans engage directly with the brand they are fans of , so leveraging your fans to extend the reach of your content is especially important.

The following are a few free tools to help you monitor who you are influencing via social media:

When social media first began to pick up steam in marketing, it was notoriously known for being difficult to measure and justify. Since then, however, thinking has advanced in how to best account for the influence of social media on a company's bottom line. Despite all that,  52% of marketers still cite difficulties in accurately measuring ROI as their biggest source of frustration in social marketing ( Source: Adobe ).

So what about you? How many of the above questions do you believe you can answer today? What metrics are you tracking to validate and improve upon your social media efforts?

How to Cultivate a Data-Driven Marketing Team