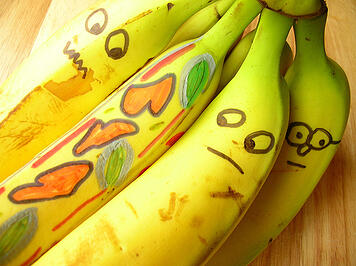 If Facebook's dismal market performance wasn't a big enough hint, we'll just come right out and say it: advertisers need a little bit more love from the recently-IPO'd social network. And Facebook's responding to this pressure, continuing to test out new ways for advertisers to reach more people and spend their dollars more effectively. So, what's the latest and greatest Facebook ad advancement?

Facebook is now testing the ability for advertisers to place page post ads in a user's news feed. The catch? The ads can appear in news feeds of users other than the brand's own fans and friends of fans. The goal of the ads is to help advertisers expand their brand's reach; as you can see in the sample ad below courtesy of Inside Facebook, the ads appear with a white "Like Page" button called out in the top right corner of the ad, encouraging users to, well, like the company page. 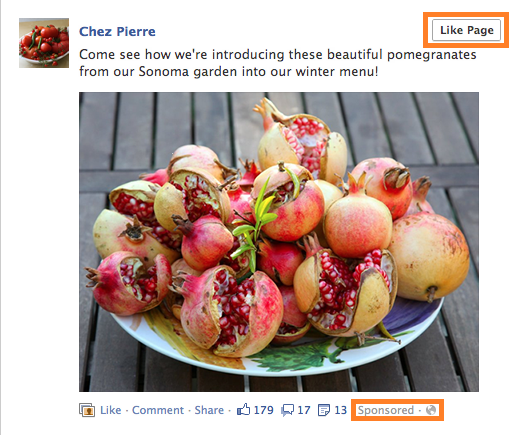 Users will be able to tell the post is an ad because of the gray "Sponsored" text in the bottom right corner of the ad, too, though I think we'd all agree that the label isn't the most prominent part of this ad; in fact, it might even be the least prominent part. Which brings to light the most interesting part of this whole story -- the fact that these ads are appearing in the news feeds of people who are 1) not already fans of the brand's page, and 2) not in the network of people who are already fans of the page.

You'll Look at These Ads Whether You Like It or Not

But wait, doesn't that seem a little interruptive? You know, the opposite of this whole inbound marketing thing we love so much? I mean, the reason it's great to show ads to those who are fans of your page or in your fans' networks is that there's either an explicit indication of interest in your brand, or the possibility of interest based on social connections -- presumably, your fans are connected with their friends because they have some things in common. These ads, however, are nothing more than an internet billboard. And Facebook doesn't mention whether advertisers will have the ability to target the ads more closely to their non-fans, though I bet this feature will be coming if it's not already available to the brands involved in the test.

Inside Facebook points out that early tests of Sponsored Stories in the news feed provided a much higher click-through rate than ads that appeared in the sidebar, so it remains to be seen whether the better placement of these page post ads will result in similarly high CTR, or whether social relevancy is required for good performance. The unicorns-and-rainbows marketer in me wants the latter to be true, but the data-driven marketer would be happy to see the former. Hey ... if it helps brands increase their social reach, it'd be foolish not to try it, right?

Facebook said these ads were just in the early testing stages (so it's not available to all users), and they will continue to evaluate their effectiveness for advertisers and the sentiment of Facebook users who encounter these ads. As we learn more about them, we'll be sure to keep you up to date on their effectiveness.

Do you think page post ads in the news feed will alienate Facebook users? Or do you think it's a good idea to help Facebook advertisers expand their social reach?