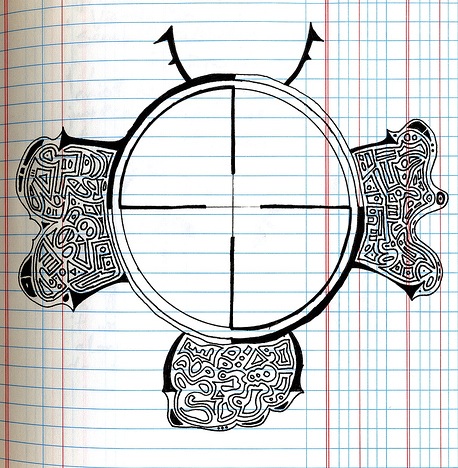 Before this launch, people were able to promote tweets in timelines, search results and profiles. Targeting a specific search term, however, was the only way an advertiser could control who saw their tweets. That left the rest of their promoted tweets to be targeted to "followers," "people like my followers," or everyone. No more! Now Twitter advertisers can show promoted posts to the people they are actually interested in targeting.

There are two ways this new update can be used: You can target by interests, or you can target specific @usernames. Here's how to do both.

Before we get into logistics, ask yourself ... do you know what your target audience's interests are? If not, you might need to do a little brushing up of your buyer personas.

Great, glad that's taken care of. So, you want to target Twitters users with promoted tweets based on their interests? Makes sense -- greater relevancy should increase the effectiveness of your promoted tweets! Twitter determines interests based on what the user is talking about, following, and the keywords used. To utilize this feature, you must first click on "Browse Interests."

Here, you can look through general interests, and drill down into more detail to the right. 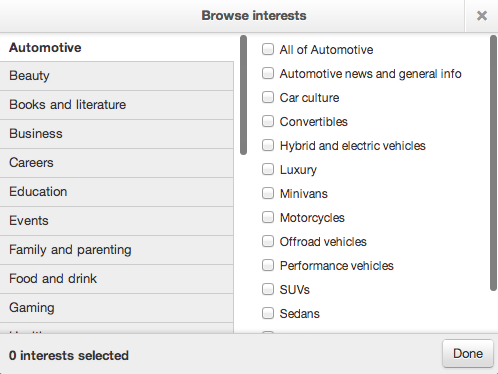 Once you select the interests you want to target, you can carry on with the rest of the campaign as you normally would, including tweet selection and budget.

Let's start by clearing up one misconception about targeting promoted tweets by username: When targeting specific usernames, you're not making your promoted tweets visible to people who follow that specific username. Instead, Twitter determines other usernames that are similar to the username you selected, and promotes your tweets to those people.

You may be wondering how Twitter finds the people to target your promoted tweets to. Well, because this targeting method is for timelines and not specific search terms, it's a little unclear how a person on Twitter's interests are determined. But we do know that Twitter's algorithm uses the topics discussed on Twitter, keywords uses, and followers of each person to determine if they are a good fit for your timeline campaign. So if someone's tweeting about their favorite quinoa recipes, Twitter knows they're probably a good fit for @homecookingchannel promoted tweets.

Let's go through one more example to clarify this. Let's say you're interested in promoting your tweets to marketers. With this new feature, you could target your campaign at people who are similar to the followers of the username @HubSpot. Why? Because HubSpot is known as a thought leader in the marketing industry, so a large amount of our followers are likely to be marketers. Additionally, people who are similar to our followers are also likely to be marketers, and Twitter can tell based on whether they're actually talking about marketing on Twitter.

Keep in mind you can also target people, not just companies. Thought leaders who are very influential in your space -- like bloggers, authors, and social media personalities -- are likely to have followers that are similar to your target audience!

Do you plan on using Twitter's latest promoted tweet update?