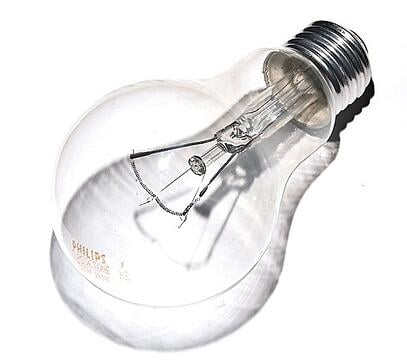 As the lights went out at last night's Super Bowl, we were all bombarded with viewer reactions on our personal social networks. Whether the cause was Beyonce's fierce performance or something else is unclear, but what was clear is that there are plenty of brands out there that were clever enough to instantly play upon the outage, newsjacking it on their social media networks.

And it wasn't just your typical big brands doing the newsjacking, either! While we'll visit some familiar faces on this list, we were most inspired to see all business types and sizes getting in on the power outage newsjacking fun. Here's a look at our 10 favorite -- and be sure to share other great examples with us in the comments. Enjoy!

Oreo gets the biggest thumbs up from me, instantly -- and I mean instantly -- posting a photo on Facebook with the caption "Power Out? No Problem." The photo, as showcased below, reads "You Can Still Dunk in the Dark." Although Oreo had no direct correlation to the event, the brand still managed to inspire people to munch on their delicious product through some witty newsjacking. They updated their status so fast that many users were commenting on how quick they reacted! And it seems to have paid off, too, since the image has received over 19,800 likes, over 790 comments, and over 6,600 shares to date. 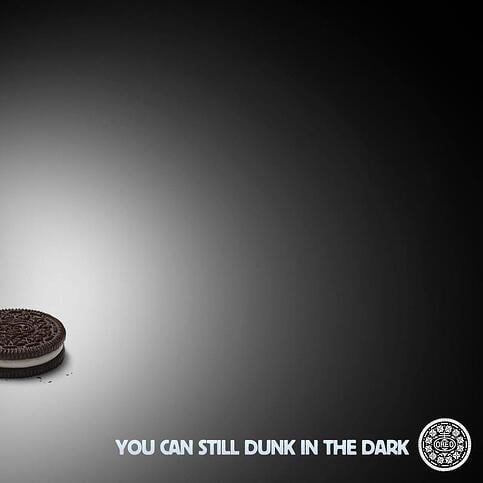 Tide also used a simple, compelling image in their power outage newsjack. They tweeted a photo with the caption, "We can't get your #blackout, but we can get your stains out. #SuperBowl #TidePower." Although, like Oreo, Tide had no direct connection with the event, they found a way to showcase the true value of their brand through the power outage. Not to mention the clever play on words!

We can't get your #blackout, but we can get your stains out. #SuperBowl #TidePower twitter.com/tide/status/29…

As inbound marketers, we often hear from medical professionals that social media is just "not for them." That's why I was impressed to see the Radiological Society of North America (RSNA) respond to the power outage. The image was directly connected with their profession, saying, "Well, at least radiologists can work in the dark. #superbowl13." Although the image they posted to Facebook was more basic than that of the big brands -- and I'd argue that actually makes it more successful -- people still loved it, garnering them over 700 likes and over 400 shares to date. Just goes to show you don't need a giant design budget to get in on the social media game. Kudos to RSNA for jumping on the news and making it their own through Facebook. 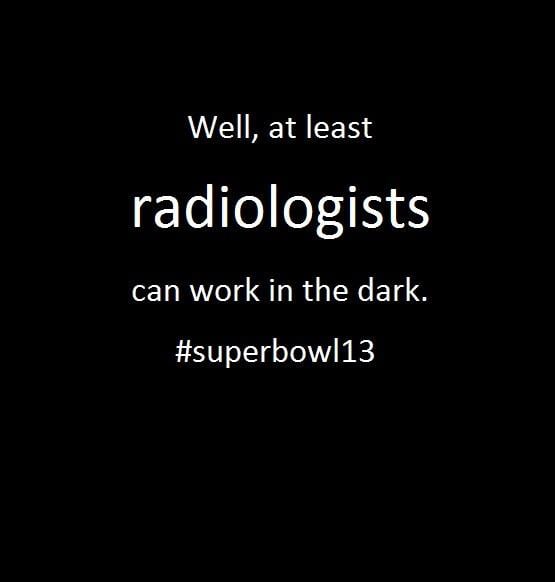 Audi decided to tweet a public burn to Mercedes-Benz, since the New Orleans stadium is the Mercedes-Benz Stadium. Audi tweeted directly at their brand, saying, "Sending some LEDs to the @MBUSA Superdome right now..." You might be wondering if this pushed the boundaries of good taste, picking on your competitors so directly. There were a couple of comments from the Twitterverse that the tweet was a tad harsh, but the response was overwhelmingly positive -- probably because many people were already making the joke themselves. And that's what makes this newsjack so powerful. Viewers were already making such remarks, and Audi decided to own those thoughts with one simple tweet.

Sending some LEDs to the @mbusa Superdome right now...

Agility Recovers may not have the largest Facebook reach of all the brands on this list, but that didn't stop them; a sign of a dedicated social media brand is one who consistently finds ways to be successful online. Agility Recovers focuses on disaster relief, so they posted a Facebook image that read, "When you least expect it, disasters strike. What's your plan?" 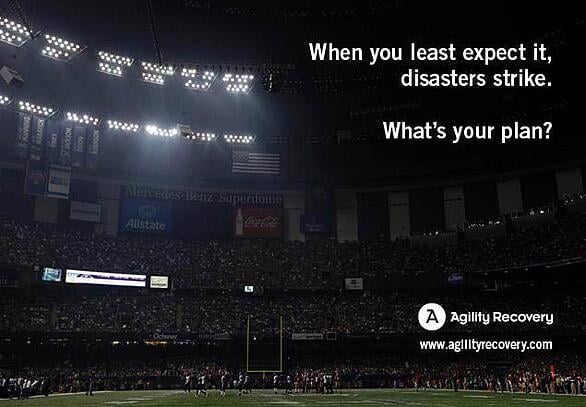 Like RSNA, this image is very simple, and tastefully done -- they didn't make a joke about the power outage, but instead showed how serious and impactful just one unexpected variable can be. They got their message across using social media, in a way that aligns perfectly with their brand ... and as you can see from the comments on the image, it was very well received, too. 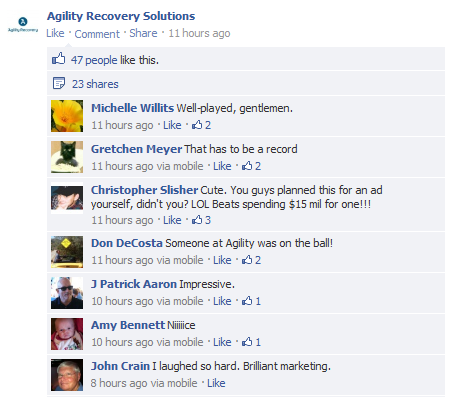 If you ask most people, Walgreens isn't much different from CVS, Rite Aid, or the many other pharmacies around. That's why it's great they took this opportunity to stand out on Twitter by sending two tweets about the power outage. Here, take a look:

We do carry candles. #SuperBowl

These short and straightforward tweets attracted a ton of attention, and showed off a little personality and sense of humor that's so often missing from bigger brands' social media presences. Walgreens didn't attempt to be a part of every Super Bowl moment, but when they saw an opportunity, they jumped on it.

ZAGG is a provider of mobile accessories, among other tech goodies. While they did jump on the power outage train, instead of trying to be funny, they made a clear connection between the outage and one of their products. They tweeted, "Power outages don't matter if you have a ZAGGsparq," followed by a link to their product, which provided "ultra-fast portable backup power." Even though these small devices couldn't actually light up the superdome, it was a way for them to appropriately tweet a link directly to their product. And if there's one thing we know about social media, it's that it's a bit difficult to link directly to product pages without sounding too promotional!

Power outages don't matter if you have a ZAGGsparq: zagg.com/accessories/za… #SuperBowl

Best Buy had a double win last night. First they connected the power outage with their infamous Geek Squad by tweeting, "Looks like #SB47 could use a visit from some #GeekSquad Agents with @Insignia LED light bulbs for the power outage."

Looks like #SB47 could use a visit from some @geeksquad Agents with @insignia LED light bulbs for the power outage.

After sending the tweet, Best Buy received some mixed responses. While some retweeted it and said it was well played, another Twitter user replied, "if @GeekSquad #customerservice didn't suck and take a month for repairs, MAYBE." Shortly after, one of the Best Buy Geek Squad agents replied personally -- well, personally through his geek squad account -- apologizing and offering help. The simple Best Buy newsjack led to a brand win on two fronts. One for the buzz of the initial tweet, and two for their employees personally reaching out to help anyone who had previous troubles with them!"

Despite what some may think, newsjacking is for both B2C and B2B businesses. SEOmoz saw the Super Bowl power outage as an open opportunity to connect to their world of SEO. They tweeted, "Oops, was I a bit to aggressive on crawling that server in New Orleans?" Even though SEOmoz didn't need to publicly send out a clever remark, it's nice to see B2B digital companies finding ways to get in on the Super Bowl action, not to mention practicing what they preach!

Oops, was I a bit to aggressive on crawling that server in New Orleans?

If the world was taking to Facebook and Twitter to make their newsjacking remarks, it intuitively made sense for Twitter Ads to join in on the fun! A lot of the chatter was happening on their network, after all. The Twitter Ads handle decided to use their account information to connect their brand to the event. They tweeted, "It took just four mins after the lights went out for the first Twitter advertiser to bid on [power outage] as a search term. #SuperBowl47" Now, if only they could tell us how long it took for someone to tweet the first power outage related hashtag ...

It took just four mins after the lights went out for the first Twitter advertiser to bid on [power outage] as a search term. #SuperBowl47

And there you have it, folks. While this list does not cover every single business that jumped on the power outage news, it sheds light on how different businesses of different backgrounds can all find social media success by jumping on the latest news. Newsjacking can be a great opportunity for your business if done right. And if there's anything this set of examples shows you, it's that any business, large or small, can garner attention by being clever and connected to the world around them.

What other companies did you see successfully newsjacking the Super Bowl power outage?

8 Recent Examples of Newsjacking in Action