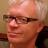 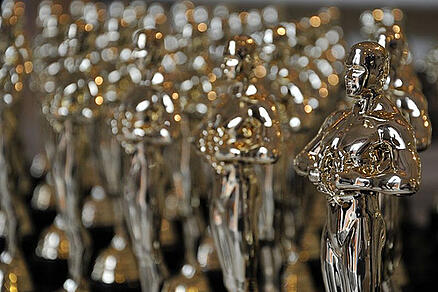 While many people are critiquing the $1.6 million commercials that ran during the Oscars last night, we thought it'd be fun to take a look at something a bit less expensive and a bit more inventive -- the real-time newsjacking that occurred last night during the broadcast over one of our favorite social networks, Twitter.

Newsjacking refers to the practice of capitalizing on the popularity of a news story to amplify your sales and marketing success. The term was popularized in David Meerman Scott's book Newsjacking: How to Inject Your Ideas into a Breaking News Story and Generate Tons of Media Coverage.

No less than ten brands went into high gear developing tweets that riffed on the Oscar broadcast as it happened. Much of this newsjacking was captured by the hashtag #oscarsRTM created by Edelman's David Armano. Follow along as we take a look at how some brands approached newsjacking

As the red carpet entrances occurred, Charmin wasted no time encouraging the stars to make sure they look down before they set foot on the carpet.

Good luck to the nominees tonight. Don't forget to look down before your speech. twitter.com/Charmin/status...

Charmin has always done a great job on their Twitter account with, well, potty humor. (Quite appropriately.) But the contrast between the red carpet event and what essentially boils down to toilet humor can't help but make you smile.

Also capitalizing on all the red carpet action was Special K, who worked with Edelman to create a series of Oscars-themed images to capitalize on events in real time. While I'm not really sure I want my cereal to be a cracker, I will say Special K had a great presence during the Oscars last night with several witty takes on the evening. Here are some of the highlights:

Are you ready for Hollywood’s biggest night? Join us for more award show action! #RedCarpetReady twitter.com/SpecialKUS/sta…

Lots of neutrals tonight, but bold red is still our favorite! Whose looks are you loving so far? #RedCarpetReady twitter.com/SpecialKUS/sta…

A host can make or break an evening. How do you think he’s handling tonight’s spotlight? #RedCarpetReady twitter.com/SpecialKUS/sta…

The brand also got specific when Life of Pi won for cinematography and special effects.

What a beautiful film, congrats on winning for cinematography and visual effects. #RedCarpetReady twitter.com/SpecialKUS/sta…

And when Life of Pi VFX supervisor Bill Westenhofer's acceptance speech ran a bit long, he was "played off" with the Jaws theme (planned by the organizers to cut off long-winded speeches). The Special K marketers wasted no time jumping in and having some fun with a famous quote from the movie.

U.S. Cellular came up with a collection of images to promote during the Oscars broadcast which offered commentary on the evening's happenings. They were humorous, and played upon the faux uber-seriousness of the night, helping lighten the mood a tad with a natural, punny tie-in to their brand's services.

What would you do to get Red Carpet ready? #HelloBetter #Oscars twitter.com/USCellular/sta…

Oscar Meyer had quite a bit of fun with the James Bond Skyfall win for Best Song. Not to mention the fact that bacon is one of those things that -- and I never thought I'd say this -- has really exploded as a pop culture icon as of late. James Bond and Bacon: A killer combination, in more ways than one.

Oscar Meyer wasn't the only one with something to say about James Bond. Visa threw in their two cents, too, with this rather touching tribute to the series' long-running success.

50 years is a long time to captivate. And 00h you’ve done it well. twitpic.com/c6mfb5

American Express wasted no time associating Oscars' gold statuettes with its own version of the gold. If you're newsjacking, trying to find a natural tie-in with your brand is essential!

Congratulations to everyone going home with Gold tonight! #Oscars twitter.com/AmericanExpres…

Beer brand Stella took a direct approach to their Oscars newsjacking, acknowledging Christoph Waltz by name, who took home a Supporting Actor statue. But the best part of this newsjack wasn't this first tweet ...

... It was this one, where the brand capped off the night with, what else, an empty glass of beer.

See you next year! #Oscars twitter.com/StellaArtois/s…

Ensuring the red carpet itself was properly taken care of before, during, and after all those well-dressed Hollywood stars trampled all over it, JC Penney gave Dyson vacuums a little love in this well-designed and clever tweet.

The brand also suggested that all those stiletto-wearing actresses consider wearing a pair of flip flops instead. No kidding.

Capitalizing on the mispronunciation of Quvenzhané Wallis, the youngest Best Actress nominee ever for her work in Beasts of the Southern Wild, both JCPenney and, more humorously, Chobani, had something to say.

We love that brands were sweet and playful with the young nominee -- if you're going to interact with young stars on Twitter, it's obviously best to keep it nice. I say "obviously," but as we all know, not all brands always remember that.

Oreo, the brand that successfully jumped all over the power outage during the Super Bowl, was out in full force last night. As if we'd expect anything less.

Why wreck something when you can dunk it?! Check out our #OREOmotionpics come to life…twitpic.com/c6m4ec

Some prefer it shaken. We like it dunked. See for yourself in our#OREOmotionpicstwitpic.com/c6mg62

What's cool about these tweets is they're actually motion pics -- Oreo thought beyond what most brands did, newsjacking with pretty pictures and quippy swaying.

And, of course, to those who chose to watch AMC's The Walking Dead instead of celebrities trotting down the red carpet, Oreo gave you some love:

Hey, not everybody wants to watch award shows.

What other Twitter newsjacks from last night's Oscars did you think were particularly crafty?