Can "Thoughtleading" Give You an Edge? Attempts to Quantify Its ROI Say YES 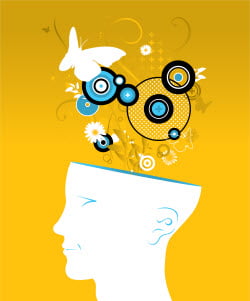 This is a guest post by Ken Lizotte. Ken is author of " The Expert's Edge: Become the Go-To Authority that People Turn to Every Time " and Chief Imaginative Officer (CIO) of  emerson consulting group inc. , which specializes in transforming companies, professional service firms, consultants, executives and individual business experts into "thoughtleaders."

Have you ever thought about or noticed a competitor utilizing "thoughtleading" as a business development strategy? Positioning yourself and your firm as leading-edge thinkers in your field involves publishing articles and books, speaking regularly to professional groups, getting yourself noticed by the media and surveying your target market in order to produce research data that only you possess.

If that sounds like fun, or simply a potentially advantageous way to distinguish your firm's services, one major hurdle to choosing to implement such a strategy might be the question of ROI, specifically: Does evidence exist that a thoughtleading strategy really will generate new business growth? Is there any way to accurately measure this? Can a "thoughtleading Return-on-Investment (ROI)" be quantified?

Happily, the answer to all three questions is "yes."

Studies indicate that a quantifiable ROI can in fact be discerned, and, just as happily, indications are that results will be overwhelmingly affirmative. Getting to the heart of the issue, however, first requires an understanding that age-old ways of measuring ROI may not always apply here. That's because a new equation in our economy, one that's mistier than traditional bottom-line measurements, demands alternative methods of measurement. This new equation is the economic asset of "intellectual capital" (or IC).

The concrete ROI metric standard until now has always been based on "I-can-see-it-with-my-own-eyes." This still applies to material goods of course but IC's decidedly non-Industrial Age elements can be harder to fathom. Mary Adams, Managing, Principal of  Trek Consulting LLC , specialists in the developing study of IC as an asset that can be measured, explains it this way:

"Can you imagine a merchant without an inventory report, having to sell product without knowing the quantity or price of goods he owns? Yet this is the position that most corporate leaders are in today. They lack basic consolidated information about their most important resources: Do we have the right people, network, and knowledge to meet our goals? Are we positioned for continued innovation? Where are we at risk?"

Such relatively "soft" questions leave the interpretation of data and resulting ROI conclusions in the hands (and minds) of analysts to a greater degree than has been true of traditional ROI measurement with its clear numbers and black-and-white company balance sheet. As one example, Kennedy Information, the nation's premiere management consulting think tank, which regularly conducts surveys of management consulting compensation, has found that firms and individual consultants at the topmost point of the compensation chart are paid way, way better than the remaining 99% below. When asked how the top 1% manage this, the response is crisp and clear: "Oh, those highest revenue-producers are the ones who regularly publish articles and books, do speaking engagements, and connect with the media," the Kennedy people explain. "They are the thoughtleaders."

Another recent study has also correlated increased revenue with publishing, speaking, media and other individual thoughtleading actions, adding that thoughtleading's ROI will be measurably high when thoughtleading actions are integrated with a firm's more traditional marketing and sales activities. Article-publishing ROI, for example, incorporated in the marketing and selling pipeline, can easily measured by asking prospects if the firm's published articles played any part either in their initial decision to approach the company or in their ultimate decision to do business with the company. SOA member Dan Cassidy, Principal of Cassidy Retirement Group, Concord Massachusetts, and author of the book A Manager's Guide to Strategic Retirement Plan Management can testify to this personally.

"I always email prospects a PDF or two of my published articles early in the sales process," says Dan. "I want my prospects to see a relevant published article of mine so they will glance at it and be impressed. ‘Wow, this looks pretty cool' may be all they say, then we move on. But that's sufficient to stamp my firm as something more than some run-of-the-mill small guy consultancy, which is what they may be thinking."

Touchpoints in his marketing/sales process are few, Dan explains, so to expand and maximize them, he integrates his book and articles with the pipeline. "I always tell my prospects that the typical consultant at a big firm doesn't write and publish articles and books as I do," he adds. "They just send big bills!"

Some studies have even produced clear and definitive measurements sufficient to satisfy even the most old school quantifiability standards. One survey of law firms by Levick Strategic Communications and PR Newswire surveyed 200 firms that had gotten themselves mentioned consistently in the legal media. Their survey found that the 25 firms on its list with the highest revenues were also those with an average increase of nearly 20% in overall media presence over the previous two years. Firms ranked below these 25 in terms of income, however, reported a mere 1% increase in media presence.

Is there also anecdotal evidence that thoughtleading produces a measurable ROI?

A few examples from my client files serve to augment the more quantifiable data. One client actuary for example attests, "I load my briefcase with all my published articles before going out on a sales call. At the right time in a meeting, I pull an article out that relates directly to the discussion at hand. This inevitably solidifies my credibility with the prospect in a way that even the glossiest brochure simply cannot."

Jim Masciarelli, Founder & CEO, PowerSkills Solutions, and author of the book PowerSkills: Building Top-Level Relationships for Bottom-Line Results recalls one time when his book clearly led directly to a piece of business that he certainly would not have landed on his own:

"A partner of a top venture capital firm who knew me from my past career as a retained executive search consultant called me up after receiving an announcement of my book PowerSkills, which details a system I created for building profitable business relationships. He said, ‘I understand you're now doing advisory and alignment work with CEOs and executive teams. We could really use your help!'

"Their portfolio company had just acquired a major Internet company in a 22- billion dollar stock deal," Jim explains, "but the CEO did not yet have a plan to integrate these companies. The mere announcement of my book (and, with it, my new practice) repositioned me as an expert in his mind in this new line of work I was now pursing. As a result, I got the introduction to the CEO and ultimately the assignment as well."

Are you wondering if all this means that publishing an article or a book, or engaging in other thoughtleading actions such as public speaking, media and research, will automatically yield you new business and/or drive your incomes levels up above that of your competitors? Well, there are no guarantees in life, so no one can say for sure. But it is clear from all the data and anecdotal evidence that the likelihood is there.

Since most of your competitors will ignore it, a thoughtleading business development strategy could be the smartest marketing/sales decision you could make. There are just so very many facts, figures, studies, stories and personal experiences to back you up.