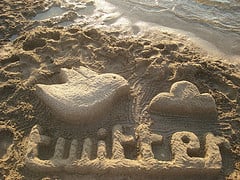 In an interview earlier this week with The New York Times , Twitter’s CEO Dick Costolo announced that Twitter "would offer a self-serve tool for local businesses to buy Twitter ads and is working on ways to deliver those ads based on location” starting next year. Currently, only large companies are advertising on Twitter, reportedly spending as much as $100,000 for Promoted Tweets.

1. Harness Trending - One key element of content on the social web is popularity, despite the fact that this popularity might only last for hours or even minutes. Twitter has worked to capture this with its Trending Topics section. An important feature for small business owners would be to make it easy for them to integrate their advertising with local and sometimes national trends. It would be great if small business owners could make “Trending Campaigns” that were not only launched when a specific keyword trended on Twitter, but also did so automatically so the small business owner didn’t have to continuously monitor Twitter for related trends.

2. Make Location Granular - For many small business owners, marketing isn't targeted to an entire city. In fact, some focus on areas that might only be within a few blocks of their business. For Twitter’s location-based advertising to work, it needs to provide extremely granular options.

3. Do Mobile Right - It is no surprise that online traffic is increasing from mobile devices. Twitter already has its own iPhone and iPad apps, which means it will just be a matter of how Twitter leverages these mobile platforms that will help determine the success of its new advertising product. Simply inserting in-line text ads won’t cut it for advertisers. Instead, Twitter needs to think about how to integrate ads with other aspects of the mobile application like search and possibly message composition.

4. Make It Simple - Small business owners are busy. Therefore, they need an online advertising platform that is simple and fast. Most solutions on the market today have neither of these characteristics. If Twitter can nail down both of them, it will go a long way in supporting the success of its new platform.

5. Answer Questions Before They Are Asked - The social web is all about relevancy. Twitter’s new advertising platform should be no different. An idea for facilitating this would be to serve ads during the time a user is crafting a new tweet. If you look at many users’ Twitter streams, you can see that many tweets out there are in the form of questions. By serving promoted tweets that answer questions before a user even tweets, Twitter can create value and relevancy for both users and advertisers.

6. Giveaway Analytics - One thing that Twitter is terrible at right now is providing users with analytics about users that actually see and click on tweets. Currently, Twitter users are leveraging third-party services like bit.ly to attempt to get basic analytic information. If Twitter were to provide advertisers with analytic information, it is likely many business owners would advertise solely to have access to that information.

What does Twitter need to do with its self-serve advertising platform to get you to become an advertiser?