It might seem hard to believe, but one of the most popular sites on the Web, featuring videos of cats, lip dubs, dramatic chipmunks and other fun oddities, is only five years old. While YouTube launched in May of 2005, many argue that today marks the day when YouTube became part of popular culture and a fixture of online video sharing. 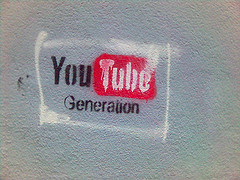 On this day, five years ago, the first “viral video” appeared online under the name “Lazy Sunday.”

"Lazy Sunday," the second SNL Digital Short, aired on the December 17, 2005 episode of Saturday Night Live. It features cast members Chris Parnell, an eight-year veteran of SNL, and Andy Samberg, a first-year featured player with little previous screen time. Following its appearance on SNL, the video appeared on YouTube and was viewed more than 5 million times until February 2006 when NBC Universal asked the site to remove it, along with several other copyrighted NBC video clips.

What was the first viral video?

"Lazy Sunday," the second SNL Digital Short, was the first viral video on YouTube. It aired on the December 17,2005 episode of Saturday Night Live.

On YouTube’s 5th Birthday in May, Google released some impressive stats about its video sharing site. These and other stats were compiled into an amazing infographic by the folks at Website-Monitoring.com to illustrate the site's growth.

What Hasn’t Happened Yet

As proven by the stats above, YouTube's success has been tremendous in its first five years. However, the site still has many barriers to overcome and has yet to become a mainstay in American living rooms. YouTube is still working on protecting copyrighted content, while trying to maximize traffic and advertising revenue from the site.

YouTube's growth is staggering. Both B2B and B2C marketers need to understand the role online video in their overall marketing strategy. It is important to consider that YouTube is blocked at many businesses, which may impact how your target audience can consume your video content.

Online video doesn't have to be viral--in the B2B world it is great when a few hundred people watch your video, as long as those people are qualified prospects for your business. For example, In a recent interview, Jamie Grenney of Salesforce shared that 6,000 video views a day add up to 35 hyper-efficient reps. (Assuming that the average view is 2min and that the average hyper-efficient rep pitches 8 hours a day, no breaks.)

If you are trying to make a viral video, understand that they come in all shapes and sizes. The content not only has to be remarkable, but it has to be simple to share and spread across the Web.