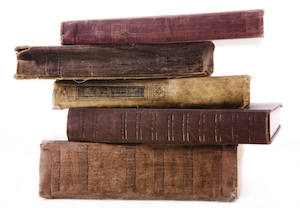 This isn’t a technical review of SEO over a 10-year span-- plenty of others have already given detailed coverage from that perspective. This is what you should know as an average businessperson interested in a workable strategy for generating traffic to a website.

Google came on the scene in the 1990’s, along with Yahoo!, AOL, and numerous others that have either faded away or were bought up by the brands we know today. So what has happened since? Let's dive in!

In 2004 Pew Internet & American Life Project found that 84% of Americans using the Internet said they had used search engines and of them, Google was the number one favorite. Yahoo! was the second runner up. What's even more interesting is that at this point, both search giants were working together. However, they parted ways in 2004, a point that seemed to mark the turning point for when Google began acclerating past the competition.

The term SEO is almost synonymous with Google, probably because the search provider has become the dominant tool, worldwide, for conducting online search. In 2004, Google made their initial public offering, and spent much of their investment on efforts to improve and expand their product to reach long term goals.

In 2005 the “nofollow attribute” came into being with full support of competing engines. By 2005 Google had become very good at sifting and sorting the search results and was already moving away from the limits of keyword ranking for pages.

In 2006, the Big Daddy algorithm finished up around March. By 2007 the standard 10-page search engine results page was officially declared dead as Google rolled out Universal Search. This feature added more complexity to how things were sorted and made a path for more variables within search results (video, news, images, local, etc.).

Google also landed sponsorship of the NORAD Santa Tracker, taking it from AOL. As Google went mainstream it became the “go-to” resource for more and more consumers looking for information online.

In 2008 Social Media competition grew stronger and posed a threat to the search giant in spite of repeated attempts by the company to offer its own social media platform.  Social media provided a path for consumers to learn about businesses without relying on the search engine.

In 2009, social media continued to grow by leaps and bounds. 2010 marked the arrival of the iPad (and competitors) and further enhanced social media channels as competition for online search. It also brought the offline reading experience to the online environment.  Along with smart phones, this grew the online audience exponentially, and changed expectations of consumers.

Are you seeing a pattern here? The online space is evolving according to the consumer’s needs and abilities to access information. Being limited to keywords and phrases was not going to cut it for us humans.

2013 – The Final Demise of Keyword Ranking as a Strategy

Google rolled out a game-changing update late in 2013 called Hummingbird. It removed the ability for anyone to see what keywords brought visitors to a website.  Google demonstrated that they meant it when they said to stop building sites for keywords and instead, build them for users.

Contextual search has replaced the more simple keyword strategy and is a feature that's getting more refined with each passing day. Consumers have come to expect to be able to type questions and get answers instead of limited answers restricted by short phrases and words.

They also came to expect the most relevant results in terms of where their geography. They needed websites to display well on their mobile devices so they could just get things done.

In 2014 Google told us websites should be built on a responsive platform and a separate mobile site became an outdated solution.  Search engine optimization has become a strategy for delivering a human experience to people who want what you have to offer.  A website at the heart of it that delivers a custom experience based on the needs of the visitor. Friendly… what a concept!

The term, SEO, has a new meaning these days. Optimize your entire Internet presence and stop worrying so much about those keywords.

SEM: Tips, Benefits, & How It Relates to SEO