From Traditional to Digital: The New Role of the Modern CMO 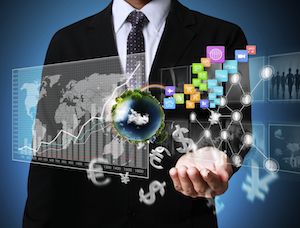 While the role of the Chief Marketing Officer has traditionally involved the oversight and direction of targeted advertising campaigns centered on a specific demographic, the digital landscape is quickly transforming how businesses communicate with their target audience.

Truth is, the digital platform (which includes social media, mobile apps, mobile-optimized websites, blogs and interactive in-store kiosks, among others) is currently touching billions of customers globally, which simply means CMOs must quickly get "up to speed" in order to help their companies remain relevant in today's world.

So it begs the question 'How would a regular CMO go about morphing into a Digital CMO?' Read on for a few tips on successfully making the transition.

1) Shifting the Focus to Relationships

The traditional CMO has largely been saddled with driving sales growth and creating campaigns which move customers to purchase. However, social media (and the digital landscape as a whole) largely centers on relationships. Therefore, before jumping head-first into this arena, the thought process and approach must shift from the short-term sales and revenue approach to the long-term relationship and loyalty-building approach.

While the 2013 Oscar-winning motion picture "Her" is described as a futuristic depiction, it's worth watching at least once, simply to underscore the importance, and effects, of genuine relationship building efforts via technology. One of the biggest takeaways is this: Relationship-building focuses on the needs and interests of the other party, not the agenda of big-business whose main goal is profit.

Therefore, center on content management efforts, which may include a combination of viral videos, contests, product reviews, community outreach efforts, Q&A and other efforts which give clients a better sense of your company and its culture. The customer who is connected via relationship is likely to remain loyal and to influence others for years to come, thus making the effort worth it.

2) No Man (Or Department) is an Island

Until now, your efforts may have centered largely on creating clever, attention-getting campaigns independent of other corporate departments. But as you transition to a more digitally-focused executive, transparency and camaraderie among various departments will become critical. Specifically, the Customer Service and Sales departments will need to have some insight and knowledge about your marketing efforts.

Further, these two departments also have very close ties with customers and can often offer you feedback, ideas and insight which can significantly assist you in creating increasingly more relevant content. But don't just limit your transparency to these departments, as other areas of the business may also be essential to your efforts as well.

Digital media is far less expensive than purchasing traditional 30- to 60-second television ads or full page magazine advertising space. Companies are now able to stay in front of their audience around the clock for a mere fraction of traditional costs. Plus, changing out an ad campaign that's not working generally takes less time than other forms of advertising.

This cost management factor alone will allow you more freedom to take bigger risks in your content creation efforts. Spend some time researching what your competitors are doing, but also look at what's working in the world of online media and entertainment and general content that has "gone viral". Success leaves clues, but it also leaves hints on how to chart new territory in the current digital environment.

Finally, if you are a "digital immigrant" (somewhat new to the digital landscape), there may be a bit of a learning curve involved in creating engaging applications and exciting mobile experiences for customers. But embrace the education, and be sure to include "digital natives" (those who grew up using technology) on your marketing team. It can only make you, individually, and your department, overall, more relevant, more dynamic, more creative... and more successful.

20 of the Best Marketing Tips, According to HubSpot Blog Data and Experts