3 Ways Marketers Should Prepare for Google Plus Shared Endorsements 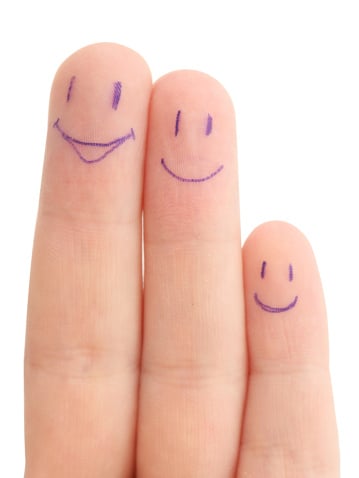 Google announced last Friday that it has a new system called "Shared Endorsements" that allows people who endorse web pages, businesses or products via Google Plus to control what gets published.

The news came out Friday afternoon, well known as a time to release news that you don't want to get much attention. Also, the announcement came on October 11th, exactly one month before they kick in on Nov. 11th, which happens to be Veteran's Day. All of that may be by design, or it may be that it's just when they got around to doing it.

HubSpot covered the announcement, but now that the news is out and we've digested it some and are providing all you marketers out there with some tips on how to approach the change. First, here's a deeper look.

What Users Need to Know

The upshot of the announcement is that -- unlike some other social networks (cough cough, Facebook) -- Google wants to make it really clear that if you click a "+1" button on a web page, that endorsement and your photo may end up in an advertisement served by Google to someone else. Facebook does the same thing now, but makes it difficult to see that you have any control of what happens after you "like" a page.

Facebook is clearly used more by people sharing details of their lives so that friends and family can see them and comment. But the privacy concerns about Facebook are so pervasive that many users undoubtedly resist clicking that they "like" a page because they just don't have any confidence that the "like" won't turn into some kind of advertisement that the "liker" won't like one bit, in part because the user has so little control over what happens.

Google seems to be capitalizing on that fear, and with the announcement Friday is staking out a leadership position of being as absolutely simple and easy to understand as possible.

The Google Plus team has all of the privacy controls encapsulated in a one-sentence statement that users can check or uncheck at any time: "Based upon my activity, Google may show my name and profile photo in shared endorsements that appear in ads."

That's all of 19 words and seems very clear. Because it is so easy to understand and because it seems so harmless, what Google is clearly hoping is that most people will leave that at the default position of checked on, and with that Google Ads will become that much more social.

But that announcement still leaves a larger question: Does this matter at all? After all, Google Plus never really took off, right?

So why are the nerdy kids like Rand Fishkin, Guy Kawasaki, and other real thought leaders using it every day? Not because it helps them be nerdy. They use it because it works. The world of search and the world of marketing change every day. The techniques that worked yesterday don't necessarily work today. We'd like the things we did before to work, but a roadmap to the future is "(not provided)" in more ways than one. That's why it helps to look at what seems to be working for people who are really good at figuring out the next thing. And in a huge way, it seems the thing that works is Google Plus.

Why Marketers Need to Care

Google Plus may never be the social network of choice for you. You may just not want to share those cute cat pictures with The GOOG. That's fine. But remember that G+ is more than a social network. It's really more like a system that Google uses to help itself figure out sentiment about the rest of the web. And with the announcement on Oct. 11, it's clear that it's going to use that activity in advertisements as well.

And it's clear that Google does pay attention, even if people who work at Google make noises about how it's not related to search results.

"The only thing they [people at Google] have told us specifically is that we are not exclusively using just +1s precisely to increase rankings unless it's personalized results, in which case maybe we are."

Here's the thing about that answer: All results are personalized!

When was the last time you made a search that wasn't from a device -- mobile, laptop, or otherwise -- where you weren't signed into Google? Google personalizes results All The Time based on geography and increasingly on results that come directly from Google Plus and your own contact list.

Shared Endorsements Means Google Plus is Here to Stay

Google's announcement that beginning Nov. 11 people will have an easy way to turn on and off their willingness to share their endorsements with the world shows that Google is serious about Google Plus.

That's because Google, for all of it's far-flung activities, still gets 95 percent of its revenue from advertising. The integration of Google Plus into advertising is the ultimate proof that Google Plus is here to stay.

Side projects such as Google Health, Google Wave, Google Buzz, and Google Reader were all axed for whatever reason, but Google will never do anything that harms the only revenue source that really matters to Google.

Google Plus has endured all those jokes, all that lack of use, and now Google has decided to integrate Google Plus endorsements -- in the form of shared pages, +1s, etc. -- into the advertising products.

Before Nov. 11, Google counted on the relevancy of advertising to entice you to click on ads in search results. After Nov. 11 it's adding to relevancy by showing pictures and names of people alongside those words.

In essence, it's as if the very heart of Google has given a big +1 to Google Plus. That's why this is so important.

It is still murky just what's happening, however, so perhaps some examples will help.

Let's say that you have a friend named Fred. You've never been to Google Plus yourself and neither has Fred, but you've got Fred as a contact because you are friends from college and you organized a football watching party, so you had a bunch of emails going back and forth about that. Months after that party you do a search on Google for "how to catch a flounder." Your search results pop up and there's a picture of Fred next to a result. It turns out that Fred found a page with "how to catch a flounder" a year before and clicked the +1 button on the page.

Now Fred doesn't use Google Plus, and neither do you, but you will more likely click on that page because of Google Plus inserting a picture of Fred next to that result.

To continue this example, let's say you catch a flounder. You bring it home and want to cook it up and you google "Flounder recipes." Your search results show up and you see a picture of Fred's wife Wilma. Wilma is active on Google Plus and has a few hundred people who've circled her. Turns out Wilma has a favorite flounder recipe that she shared on Google Plus. Well, you don't know Wilma that well, you've never emailed with her, and yet there's her picture next to a page with a great flounder recipe on your search results page.

Freaky? Privacy invadish feeling? Maybe a bit. Is this exactly what will happen? Nobody from Google will tell you for sure, but start watching the faces that show up on your search results ask yourself why that is. What are they doing on that page? Why are they there?

Freaky or not, clear-cut or otherwise... Google Plus is clearly important and that takes us to our three tips.

This whole thing is still just "signals" and the algorithms used by Google have gotten so complex that there's probably not any one person who can identify all the signals that might affect any one search, even at Google HQ. There's no silver bullet to get Google Plus ramped up overnight, or to game the system. The only thing that works is to get going and do a bit every day to improve yourself.

It's like mental or physical health: you need to eat right, spend time with friends, get sleep, etc. Set goals for the next six months, not the next six days.

Blogging is now and always will be the cornerstone of any social media strategy. Every time Google releases an update named for a black-and-white animal blogging just becomes more important. Be sure to get your blogging done every single week. If you are in a narrow niche or a small geographic area, once per week will probably do it. More competitive industries and more congested geographic areas and you probably need to be blogging daily. (Shameless self promotion alert: If you need help with blogging you might consider a service where you can purchase blog posts. Especially one named for a dog.)

3. Get a System Going with Google Plus

When you publish a blog post you probably have a system to share it, right? Social media. Email. Whatever. It's time to add in sharing on Google Plus.

Also (and it's important to remember that this is different) encourage a number of people to click a +1 button on each new post. It's ridiculously easy to confuse those two because the brainiacs at Google thought that people wouldn't have any trouble understanding the difference between clicking a Google Plus One button and sharing on Google Plus. Of Course! It's as clear as the day is long!

There is a difference, though. If a select set of people share the exact same thing time after time, Google might start to smell something fishy. But there's certainly nothing wrong with encouraging anyone and everyone to click that +1 button on the post and certainly at least the one on your main site. You do have one on your site, right?

(Here's a bonus tip: Do you have a friend with a couple thousand people who have circled him or her? Ask that person to +1 or share your important posts or pages on Google Plus. I have more than 11K people who've circled me and I'm surprised that all my pals don't ask me. I'd be happy to do it for anyone I know and trust -- it only takes a second -- but nobody ever asks. Maybe it's because they are the cool kids and they think I'm the nerd in the back of the lunch room.)

The big takeaway here is not to try to game the system, but be an active part of the system. Create great blog posts. If you can't create great posts, create pretty good posts and get them up and shared via Google Plus and +1 buttons. If you pretend that everyone will see what you do there, and act like they are going to see it, eventually they will.

Scott Yates attended the Inbound 2013 conference and learned from talking to people in the halls that marketers are ready to go to work, they just need activities that will make a difference. That's what prompted Scott to start BlogMutt, to help small businesses do the one thing that makes the most difference for their site -- blogging -- and that's why he wrote this post, too. BlogMutt is Scott's third startup. Before that he was a reporter and editor in New York and Colorado.