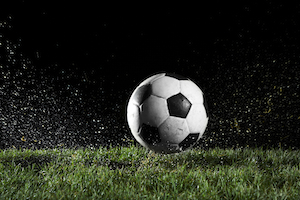 It’s the World Cup everyone; a full month of Americans pretending to care about soccer while the rest of the world celebrates the beautiful game! While many look at it as nothing more than just a big soccer tournament, there is in reality quite a lot going on behind the scenes both during and before games to make everything run smoothly.

Whether you’re a referee in a high profile match or a FIFA executive helping the host country prepare for the tournament, one overlooked piece of information can mean disaster, just like in a marketing campaign. With that in mind, here is a list of lessons marketers around the world can walk away with after experiencing the 2014 World Cup in Brazil.

1) It’s All About the Big Picture

The World Cup is the highest level of competition for soccer.  Every player dreams of donning their country’s jersey and playing on the world’s stage.  The love of the game transcends all else as players from rival clubs work together to bring glory to their nation and countries find common ground with the game.  The World Cup is one of the single most unifying events on Earth, showing people what can be achieved when humanity works in harmony.

Much like the World Cup, your marketing must become unified toward a greater goal.  Every aspect of your marketing campaign should be a “team player” in order to inspire greatness.  Whether it’s your “star player” (social media or PPC perhaps?) being fully integrated with the rest of your campaign or your “back-up” (email?) playing a supporting function, everything must add up to create the “big picture” of your marketing efforts.

2) You Need to be Ready for Chaos

For anyone following the build up to the World Cup in Brazil, you will most likely already know about the readiness of the country and its cities for the tournament.  From stadiums still being touched up on game days to crippling traffic, Brazil is still showing signs of not being prepared for the chaos that is the World Cup.  Of course the show must go on, but unless conditions improve the tournament may be overshadowed by the host countries mistakes.

Your marketing should take note of Brazil’s unpreparedness and ensure that it is always ready to deliver its promises, even during an increase in traffic.  No matter if it’s taking the extra to completely finish an offer before publishing and promoting (completing design, implementing artwork, etc.) or setting up sufficient workflows to nurture every single lead through the sales funnel, you need to be prepared and forward thinking in order for your marketing to be completely successful.

3) Penalties Happen. Deal With It

The World Cup’s opening game saw the host country face Croatia in what was sure to be an exciting match to get the entire world ready for the madness to follow in the coming month.  Instead, it was overshadowed by a suspect penalty decision by the referee allowing Brazil to go ahead at a crucial point in the game.  Sadly, human objectivity is a part of the game and poor calls do happen.  The only thing a team can do when charged with an unfair call is to press on and find a way to get back in the game.

In the world of internet marketing, Google and their search algorithm is the referee and its constant and unannounced changes are the penalty decisions.  Things change and penalties will be enforced on you and your site for practices now deemed “black hat” in the eyes of Google.  You can either sit around and wallow over your lost search rankings or start making the necessary changes to get your site back in the game.

Besides the Olympics, the World Cup is just about the only sporting event that demands the entire world’s attention for over a month.  Seeing city centers around the world filled with captivated crowds and tens of thousands of people packed into sold out stadiums for every game reminds you that this tournament is the definition of “global reach.”

Let the World Cup be a reminder that your marketing, while possibly targeting small segments within your country, still has a global reach thanks to the internet.  Your website is visible to everyone online and your posts on Twitter can be seen by users in other countries.  If you are offering products, services, or promotions in a marketing campaign, remember that it can be seen by anyone on Earth and plan accordingly.

5) Everything Should Serve a Purpose

Another criticism of Brazil’s World Cup is that the country has spent an inordinate amount of time and money creating assets that are overall, unnecessary to holding a successful tournament and detrimental to the nation’s economy.  A key example of this is the construction of a new 42,000 seat stadium in the small city of Manaus, located in the Amazon rainforest. The country spent over $300 million to build this stadium that will host just 4 World Cup games before being absolutely useless, as there is no team in Manaus that can fill it on a consistent basis.

Don’t make this mistake with your marketing efforts.  If you are going to spend time and energy creating a marketing offer and campaign you need to be able to produce a quantifiable ROI or have the ability to utilize the assets from it moving forward.  Don’t spend half a week creating a piece of content that produces few leads or ROI during a short lifespan.

As with anything else in life, there are numerous lessons to be learned from the 2014 World Cup in Brazil.  As a marketer, keep these in mind to stay away from campaign disaster and ahead of your competition.