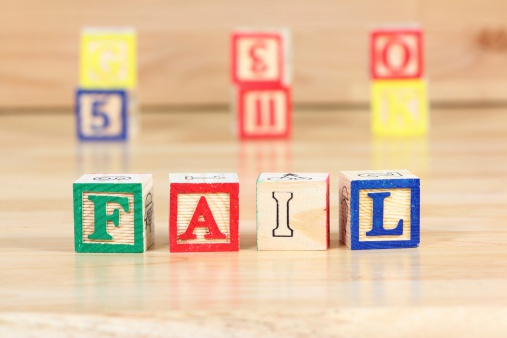 Social media is a wonderful channel for brands to engage with their target tribe. When brands use social media well, the results can be terrific.

A brand can experience increased loyalty, advocacy and word-of-mouth, all of which can lead to increased sales.

However, sometimes things go wrong and have a negative impact on a brand. Below I outline five examples of some of the worst social media flops in 2013 and the marketing lessons learned.

Whether or not these are the worst of 2013, there are lessons to be learned by marketers. I’ve broken them down into four categories: Bad Judgment, Bad Execution, Bad Strategy, and Bad Luck.

Epicurious is a popular food website. On the morning after the Boston bombing, they tweeted food suggestions to Bostonians. 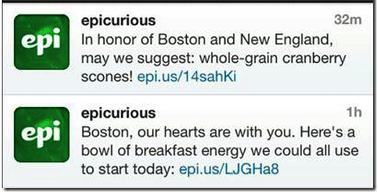 Needless to say, this was in very poor taste. The brand had to go into emergency damage control mode, issuing numerous apologies through social media.

How could this have been prevented? In a word: training. Apparently, at least eight people manage their Twitter account. Though I don’t know what training (if any) they received to represent the brand on social media, it's clear it wasn’t enough.

A consumer brand must understand that when a traumatic event occurs, especially in their home country, the last thing the brand should do is attempt to tie the tragedy to their product in any sort of promotional way.

Perhaps if Epicurious had contacted local authorities privately and offered to provide food to the victim’s families or to the first responders, without any intentional public fanfare, that act would’ve been received positively. The lesson learned for a brand is unless you are genuinely trying to help, it’s best to stay quiet during a national tragedy, or you otherwise risk public outrage.

Another example of bad judgment is when London’s Luton Airport posted this pic on Facebook. 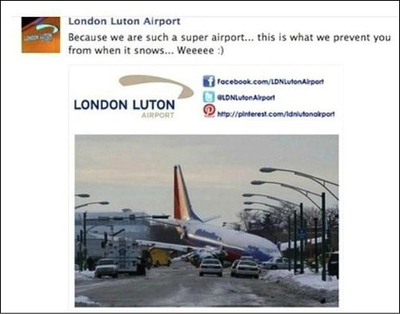 The image shows a plane crash in Chicago in 2005 in which one child died.

“Because we are such a super airport….this is what we prevent you from when it snows……Weeeee"

Clearly, this is another example of lack of training. Perhaps, in this case the bad judgment also reflects a misguided social media policy in which content is posted without an approval process. In certain industries, it is wise to implement internal checks and balances. The added layer of approval can prevent such PR nightmares as this one.

Ryanair is a low fare airline in Europe. In October, Ryanair CEO, Michael O’Leary was set up to answer questions from the public about his airline. This can be a good strategy, except when the CEO has a reputation for being arrogant and may not understand the ramifications of his arrogance when on display in social media. In addition to showing his arrogance, he apparently didn’t listen to his marketing team when he used the wrong hashtag. 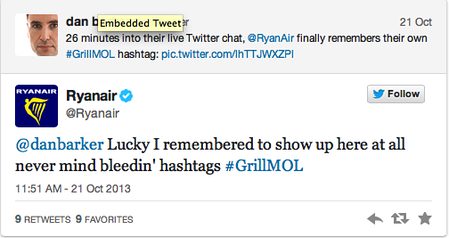 The lesson learned in this bad execution is not to set up your CEO to participate in a live Twitter chat if you are not 100% confident he or she will perform well. I wonder if they did a dry run? I would be surprised if they did. These embarrassing mistakes likely would not have occurred if they had invested one hour in an internal dry run of the Twitter chat.

Similar to the example of Ryanair, JP Morgan attempted a Twitter chat that blew up before it even started. The idea to host a Twitter chat followed the announcement that the bank had settled with the government to pay billions in fines related to Federal investigations. 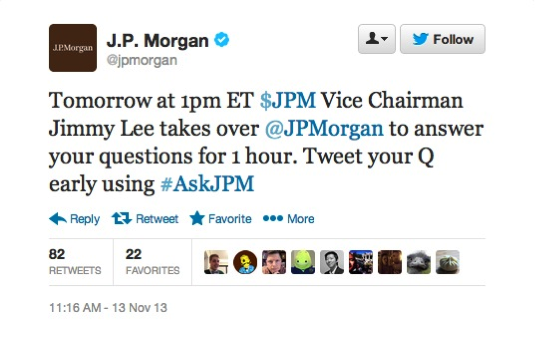 While admirable, the transparency and willingness of one of the bank’s vice chairmen, Jimmy Lee, to participate in an open discussion on Twitter was, in this case, misguided. They underestimated the negative sentiment toward their brand at the time and the potential for amplification of that negative sentiment on social media. When questions began pouring in, they began to understand the enormity of the hostile sentiment. 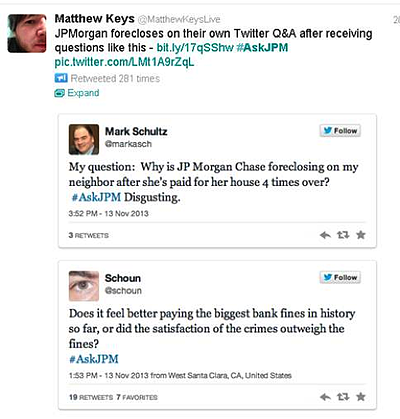 The Twitter chat was cancelled and the brand cried “uncle.” 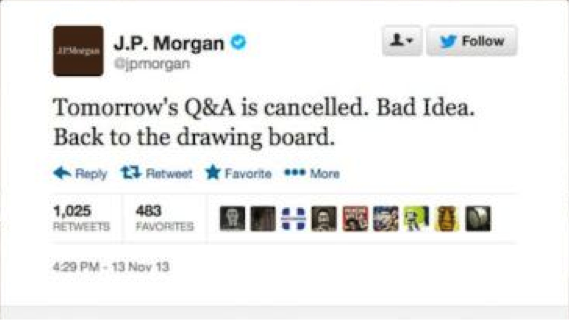 Many companies and executives make great use of Twitter chats and open discussions on social media to engage directly with consumers and reinforce their social business culture. But, as we’ve seen in the last two examples, this powerful tool also can be dangerous. To prevent such mis-steps, it is important to know the current mood and sentiment of your audience. Whatever that mood, realize that social media can be like pouring fuel on the fire – good or bad.

So far, we have reviewed examples of bad strategy, bad execution and bad judgment. If you’re thinking “that’s terrible, but our brand would never be in that position” – I’m sure they didn’t expect to be either. But even if you are careful, thoughtful, and meticulous in your planning and you do a bang up job engaging your customers and audience, beware. In 2013, we also saw brands suffer on social media through no fault of their own – bad luck.

Who can forget the hijacking of Burger King’s Twitter account by some clever hackers posing as McDonald’s? 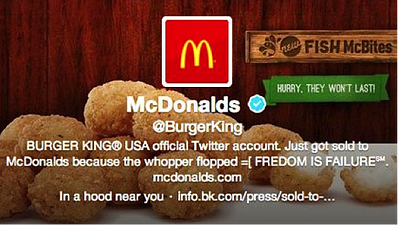 After an hour or so of some pretty outrageous, even “tasteless” tweets, the account was suspended. Ultimately, the stunt actually gained Burger King about 30,000 followers that day and inspired sympathy (or at least a cry of innocence) from the competition. 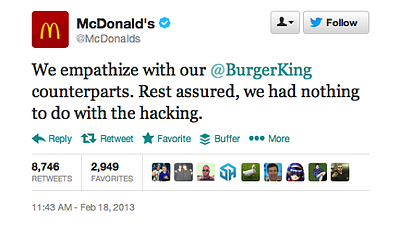 The very next day, Jeep fell victim to a similar attack claiming, among other outrageous things, that Jeep stood for “just empty every pocket” and that the company had been bought by Cadillac.

Bad luck could be a case of poor security measures. Let this be a lesson to brands. We should certainly not be afraid of what can happen on social media.  But we must be good planners and diligent about protecting our valuable brand assets which represent us in social media.

There were other examples of social media screw ups in 2013. And, there will be more in 2014. The important take-away from these examples is for all marketers to have a plan A, B and C, especially for public companies. There are also risks associated with ignoring social media and refusing to develop social business best practices. 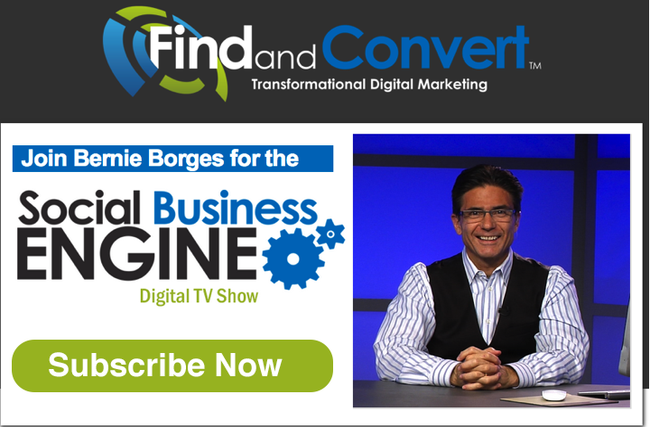