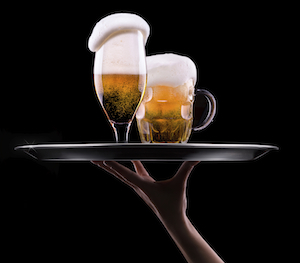 I love beer, plain and simple. I have my favorite local breweries, frequent the Great American Beer Festival and even take time to write about their marketing efforts.

So with a few weeks to go before I head out to HubSpot’s INBOUND 2014 Conference, I figured that I would do what I always do when traveling to a new city, and that is to research and list out the best local breweries for me to visit.

Boston is an enormous town, with a number of neighborhoods (that I will fail to group together properly below) boasting great breweries just waiting for inbound marketing experts from around the world to come in and try their creations.

So without any more ado, here is my list of the 18 best craft breweries and brew pubs in and around Boston, broken down by location along with an overall top 5 locations for INBOUND attendees to visit while in town. Find the breweries closest to the INBOUND Conference, closest to where you’ll be staying, or just the best ones for you to say that you’ve been to with this all-encompassing list.

Trillium is a small brewery just half a mile from the Boston Convention Center where INBOUND 2014 will be held.  Specializing in “farmhouse style beers,” you can visit their location to fill up a growler or purchase a bottle of their unique brews.  Sorry, no pints served here.

Harpoon Brewery, the 12th largest craft brewer in the country, is less than a mile away from INBOUND 2014 and offers a spacious beer hall with $5 tours that provide you with fresh tasters throughout.  One of the more iconic breweries in the city, Harpoon is sure to be a popular hangout spot for INBOUND attendants.

By far the most recognizable breweries in the Boston area, the Samuel Adams location can be found a little over 5 miles South West of the convention center in the Jamaica Plain neighborhood. Stop in for a tour of the facilities (a $2 donation is suggested) and sample a number of the historic brewery’s staples along with some of their more experimental brews.

Located about 5 miles south of downtown, Deadwood Café and Brewery offers its visitors “wicked cold” beer brewed on site, a varied food menu and growler fills for those who find a brew they just need to take home with them.

Well known in the region, the brewery/restaurant chain’s Canal Street location can be found in the center of the downtown area and just a couple miles away from the Boston Convention Center. Sit down and enjoy a beer from either a local brewery or from the location’s set-up, have a meal or tour the facilities. You may purchase bottled beers or fill a growler if you find something you like.

Tour Times: Tours and tastings are available, call and ask to speak with the manager on duty to book your tour/tasting.

The nation-wide chain has put down roots in the middle of Boston’s downtown area and is only 1.5 miles away from INBOUND 2014. Grab a pint brewed in-house, have a bite or purchase a bottle or growler fill of your favorite ale. Just because it’s a large chain doesn’t mean the beer isn’t unique and tasty; many of these stores have their own or share a regional brewmaster who are looking to make their mark on the industry!

A few miles north of downtown and about 5 mile from the convention center, Idle Hands Craft Ales is a nanobrewery that loves to create and share unique Beglian-inspired ales every Thursday, Friday and Saturday.

Found in Chelsea, just north of downtown and 6 miles away from INBOUND, Mystic Brewery’s tasting room offers up full pours, tasters and growler fills of their New England artisanal beer along with free tours on the weekends.

Also north of downtown and also 6 miles away from the Boston Convention Center, Night Shift Brewery boasts a brand new, very large taproom where you can sample all of their unique brews, fill growlers or purchase some bottles and custom merch. It has a very laid back atmosphere which may be just the thing for a marketer looking to unwind after a day of speeches, seminars and break-out sessions.

Yeah yeah yeah, it’s not a brewery, but so what?! Cider creation is right up there with brewing when it comes to awesomeness and Downeast Cider House doesn’t disappoint.  Located north of downtown and 4 miles from INBOUND, you can check out the Cider House’s operations and taste their batches every Thursday, Friday and Saturday. You can also find distributors and sellers on their site if you can’t wait the whole week.

Over in (you guessed it) the Cambridge area, Cambridge Brewing company is just 3 miles away from the convention center and can provide you with a large list of award winning brews and a classy menu for those looking to get a nice bite to eat as well.

Also in the Cambridge area, Aeronaut is roughly 6 miles away from INBOUND, opening its doors every Thursday, Friday and Saturday to allow people to sample their beer in tasters, full pours and growlers.

Just down the street from Harvard University and a 6 mile drive from the Boston Convention Center, this restaurant/brewery chain location boasts a strong selection of classic and seasonal beers, a full menu and fun events including trivia and live music (not at the same time, thankfully). Well known in the region, the brewery/restaurant chain’s Fenway location can be found in the same neighborhood harboring the historic baseball park and is just a couple miles down the Massachusetts Turnpike from convention center. Sit down and enjoy a beer from either a local brewery or from the location’s set-up, have a meal or tour the facilities. You may purchase bottled beers or fill a growler if you find something you like.

Ok, so this may not be an actual brewery, but it might as well be. Just 8 miles west of the Boston Convention Center, this local home brewing store/brew pub provides beer lovers with a unique and fun experience where you can learn everything you want about your favorite beers in an open and inviting space.

Beers to Try: Bartender’s choice. With a rotating tap list of local brews, you’re sure to find something unique and exciting.

Honorable Mentions Outside of the Metropolitan Boston Area

A solid 20 mile drive or hour long ferry ride away from metropolitan Boston, Sea Dog Brew Pub in Hull, MA is the first out of state location for the famous Maine micro-brewery and sports an amazing view of the Boston skyline.  Stop in for a most assuredly ludicrously named beer (see below) or for some authentic sea-fare.

Just 18 miles south of metropolitan Boston lies Blue Hills Brewery who strives to make great tasting beer inspired by the elements and nature around them.  Stop in on Friday or Saturday for fresh beer tastings or drop by the gift store for bottled beer and merchandise.

Top 5 Breweries to Go to In Boston During INBOUND 2014

Now that you have a (relatively) full list of breweries in Boston, it’s time to list off the best locations for you to go to during Hubspot’s INBOUND 2014!  As you may well have noticed, not all of the aforementioned breweries are open and able to serve during the conference (Monday, Sept. 15th through Thursday the 18th) so the below rankings are based off of 1. Availability for patronage, 2. Quality of beer, and 3. Ability to serve large numbers of thirsty marketers. Here’s the final tally:

There you have it Hubspotters! All of the best breweries in and around Boston, along with my personal choices for the top 5 for INBOUND attendees to check out.  If you would like to check join the great folks at Revenue River and me for a beer or two at one of these fine establishments, leave a comment below or send me an email letting me know which one strikes your fancy!  Cheers, and I’ll see you all at INBOUND!