Sloth, Scientology, and the Future of Digital Advertising 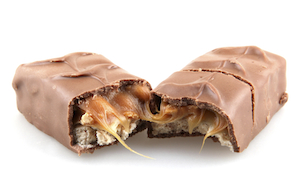 My name is Tyler Rhodes, I'm an inbound marketing specialist on HubSpot's Media team. I recently had the pleasure of attending the 2014 National Association of Broadcasters conference in Las Vegas.

The show had more than 90,000 attendees with varying interests however, I spent all my time in the digital advertising segments to bring back trends and information to my partners.

It is widely agreed upon that the benchmark for 2014 digital ad revenue is 20% however most companies are currently projecting between 5-10%. To hit their goals, media companies are looking to add new digital products, one of which is native advertising.

Jack Krawczyk, Director of Product at Pandora defines native advertising. “Native advertising is paying for the right to become part of the user experience as opposed to interrupting it.” Out of any definition I’ve heard, this is my favorite. It sums up not only the main challenge for the industry but poses a viable solution.

"As Opposed to Interrupting It"

This statement is very powerful because it admits that the current digital strategies are very disruptive. For most companies, the main source of digital revenue comes from display ads. In 2013, 5.3 trillion banner ads were served which is over a trillion more than in 2012! This needs to change. Banner ads typically don’t provide ROI to the end advertiser which is causing local media companies sell banner ads at a low price point. But the low price point is not generating enough revenue for media companies to increase their digital revenue by 20%.

If you have never heard of native advertising before or don’t completely get it, here is an example. Let’s take my favorite movie of all time, The Goonies! With any movie of the 80’s it is completely inundated with product placement. Probably one of the most iconic scenes in the movie involves “Chunk” offering a chocolate peace treaty to his cellmate,“Sloth”.  Nabisco at the time struck a deal for $100,000 to have this peace treaty be a clearly defined Baby Ruth candy bar. The results were wildly successful and a great example of native advertising as the ad placement flowed seamlessly within the movie.  Imagine if this was done in a disruptive way, if at the beginning of the movie they had a Baby Ruth commercial or if a banner ad popped up in the same scene. Do you think the results would have been the same?

“Paying for the Right to Become Part of the User Experience”

Native advertising is non-disruptive; it is not going for a hard sell. Instead, it is a place on your site where you can help marry a targeted audience with an advertiser. If used correctly it can be a highly priced digital product and open up other digital products such as targeted newsletters and lead generation campaigns. All ending in advertiser ROI. That is If it's done correctly…

Native advertising has not always had such success. You might recall on January 14, 2013, The Atlantic ran a piece of sponsored content titled, “David Miscavige Leads Scientology to Milestone Year, Under exxlasiatial leader David Miscavige, the Scientology religion expanded more in 2012 than in any 12 months of its 60-year history.” Archived Here The controversial religion Scientology was a hot topic at the time and caused an uproar amongst audiences. The Atlantic, who was said to have 59% of all revenue come from native advertising, never figured out the policies that protect their editorial integrity and published this article. Compalints spread all the way up to the president, and it was taken down with a statement, “It’s safe to say that we are thinking a lot more about these policies after running this ad than we did beforehand,”.

The next day, The Atlantic revised its advertising guidelines with two very important bullett points

4 Things to Consider with Native Advertising

Native advertising is a step in the right direction to figuring out how media companies can hit revenue goals through digital advetrising. Analytic tools will show you what products your audience are interested in and will help supplement any digital campaign. Download our ebook, "How Media Companies use Hubspot" below for more information.