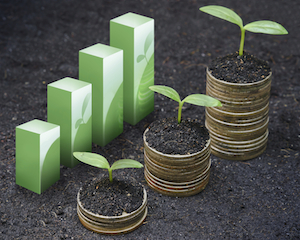 Do you ever get frustrated by the lack of organic analytics available for your Twitter account? Sure you can track follower growth, retweets and favorites, and even the number of clicks each Tweet receives using a social monitoring tool, but that only scratches the surface as far as everything marketers want to know – especially when you compare it to Facebook’s robust Page Insights.

Whereas Facebook gives you a detailed look at each post’s reach and engagement, total Page visits, optimal publishing times, and even a demographic breakdown of your fans, Twitter has really only offered it’s users the bare-bones metrics mentioned above. That is, until now.

If you missed the announcement earlier this month, Twitter opened up their organic analytic doors to verified users, Twitter card publishers, and users with a Twitter Ads account. And while card publishers and advertisers have had access to their paid analytics for some time now, Twitter finally made this information available for user’s organic Tweets as well.

Here’s what we’re talking about: 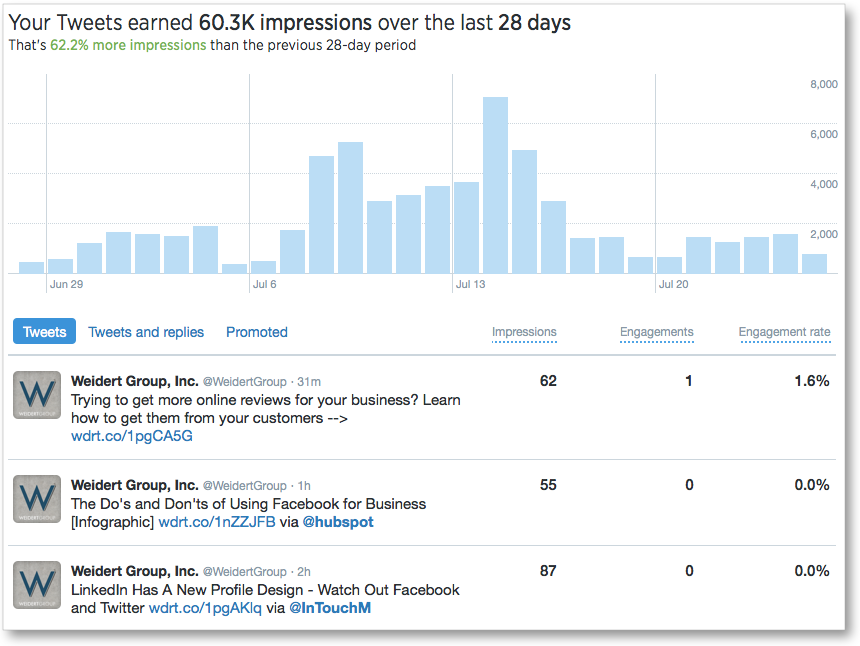 As you can see, not only can you track your overall daily impressions, but now users also have access to each Tweet’s individual performance. You can tell exactly which Tweets are the most effective, and start digging into the factors that contribute to their success. In addition, Twitter also offers users a 28-day overview of their Tweets’ engagement levels, including metrics like link clicks, retweets, and replies.

With so many new metrics available to social media managers, businesses are able to work that much smarter to perfect their Twitter campaigns. In fact, to help you do just that, here are 3 different ways you can use the organic analytics to improve your Twitter marketing strategy: 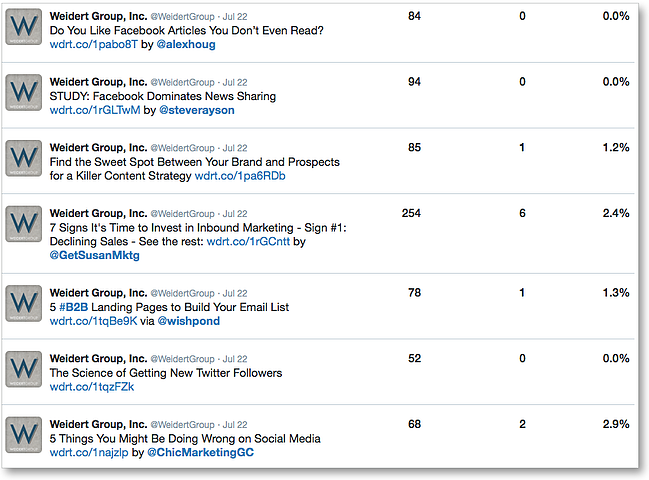 And while the engagement levels correlate more with the Tweet’s content, we can still tell that our audience uses Twitter more frequently during the day than they do before work in the morning. It’s analysis like this that can help you fine-tune your publishing schedule and content promotion strategy.

As I alluded to in the point above, though timing certainly plays a role in your Tweet’s success, it’s the Tweet’s content that’s really going to earn you clicks. And while you could sort of measure a Tweet’s success like this before based off its favorites, retweets, and clicks, now businesses can get a much richer look into how users respond to different Tweets. Looking at your activity feed on your analytics page, simply click on the Tweet you want to know more about and VOILA!

Here, you’ll find insights like how many link clicks it earned, the number of image clicks it earned, and even the of number times users expanded the Tweet’s details. And although these numbers don’t have much value when you look at each Tweet individually, if you compare Tweets side-by-side, you’ll start to see which style of Tweets perform better than others.

For example, does placing text on an image earn more engagement than images without text? Do you actually get more retweets when ask for them? These are the types of questions these analytics help answer.

Quick show of hands: how many of you ask your employees to promote your company’s content on their social networks? Alright, now keep your hand raised if you’ve ever had an employee gripe about doing it. Chances are I’d see a lot of hands in the air if I weren’t stuck behind this computer screen.

That being said, one of the hardest parts about convincing employees to share work-related content with their personal networks is proving that their actions are valuable. If they’re going to be mixing work with their personal business, it better not be too intrusive, and it better be for a damn good reason (so they think). With Twitter’s new organic analytics, however, it’s easy to prove.

Looking at a Tweet’s expanded analytics, you’ll find a chart measuring its impressions over the first 30 hours of it being posted. As an example, looking at our Tweet below and comparing it to the impressions chart, can you tell when @greglinn retweeted this to all of his followers? I’ll give you a hint: it’s the massive spike in the middle. 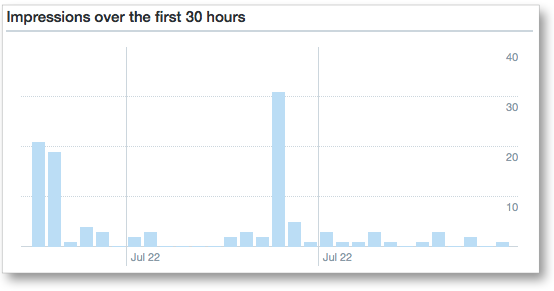 15 hours after our initial Tweet, Greg’s evangelism earned 31 impressions - 48% more impressions than in the Tweet’s first hour. Of course, it always helps when your employees have accumulated an established following on the social network, but this is proof that any kind of evangelism can help extend the life of your content, and bring significantly more attention to it.

With its lack of analytics before, Twitter was a confusing place for businesses because so much was unknown. However, by opening up the organic analytics to them, businesses will have a much easier time measuring their Twitter success and fine-tuning their strategy on the social network. Can you think of any ways to use the new analytics that I might have missed? Please share them in the comments below! 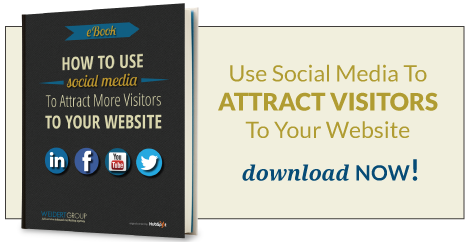