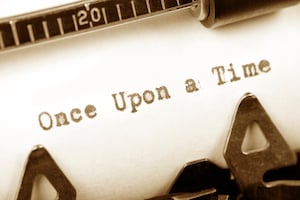 We’ve all been there—staring back and forth between an empty, glowing white screen and the clock as your deadline crawls ever closer. Would it help to know you’re not alone? Probably not.

But even the world’s greatest authors have had trouble starting, finishing, and doing everything-in-between with their writing. So when it comes to writing tips, they certainly have their opinions. Here are twelve of them, written in a way that only they could.

Great Quotes on Writing from History's Greatest Authors from StratusInteractive

“Substitute damn every time you’re inclined to write very; your editor will delete it and the writing will be just as it should be.”

Though often mistakenly referenced as a quote by Mark Twain, White knows that adverbs can be dangerous if used overbearingly (see what I did there?). Very, and words similar can bog a sentence down, and are often used where they shouldn’t be.

Most experienced writers do their best to avoid them. Was that memo you just read very important, or important—either way, the message remains the same. As Stephen King has said, “the road to hell is paved with adverbs,” and most of us would be hard-pressed to disagree.

“The first draft of everything is shit.”

Nothing is perfect, and with writing it’s no different. Things rarely work out the way you want them to on the first go, whether it’s writing, art, music—anything. It takes practice, and constant checks and balances to produce a well-rounded piece, as first drafts are meant to be experimented with.

If you’re sticking with the first draft, you’re effectively saying Eh, good enough, so remember to be honest with yourself. In the end, you know your audience will voice their opinions, so make it harder for them to voice the negative ones.

Reading and writing go hand in hand (I’m on fire right now). They belong together, and if you don’t actively read, you’re actively limiting your vocabulary and breadth of experience. As human beings, we never stop growing or learning, so if you’re a writer who doesn’t read… well that’s like being a cook who can’t taste. Do yourself a favor and pick up a book and read to learn new diction, or better yet, a new perspective on something. You can only experience so much in your life, but reading opens you to countless settings, experiences, and points of view.

“What I try to do is write. I may write for two weeks ‘the cat sat on the mat, that is that, not a rat.’ And it might be just the most boring and awful stuff. But I try. When I’m writing, I write. And then it’s as if the muse is convinced that I’m serious and says, ‘Okay. Okay. I’ll come.’”

Some of the greatest ideas come from accidents. I’m astonished by how many times I’ve accidentally hit gold as a result of throwing my thoughts on a blank piece of paper and free-writing to empty my mind. The trick is to spend 15-30 minutes a day just writing. It doesn’t matter who, what, when, where, or why—as Angelou says, just write. You’ll be surprised what you can get out of yourself. Worst-case scenario? You become a better writer.

“I would advise anyone who aspires to a writing career that before developing his talent he would be wise to develop a thick hide.”

This one’s pretty self-explanatory. Any writer knows that thick skin comes with the territory, but not only with your audience. When you’re collaborating with coworkers or clients on a piece of writing, it’s best to take the ‘no pride of ownership’ route. The goal, after all, is to produce the best writing possible and being able to handle a healthy dose of criticism—or welcome it for that matter—is imperative. Not being able to handle this has ruined many would-be writers careers before they got a chance to show what they’re made of. Don’t let the same happen to you.

“Sometimes the ideas just come to me. Other times I have to sweat and almost bleed to make ideas come. It’s a mysterious process, but I hope I never find out exactly how it works.”

Good writing can’t always be forced. It’s like trying to remember something that you can’t. The more you try, the harder it is, and taking a break can give your mind the refresh it needs to get back on track. Like I said earlier, sometimes you accidentally happen down a path that you would never be at if you had tried to force it. Writer’s block happens to everyone, from sixth graders to best sellers, so stick with it.

Finding the perfect word can be difficult, but once you do, you shouldn’t alter it. Sometimes there’s only one way of saying something, and when you can find the perfect way of articulating it, the impact on the reader will be that much more powerful. As any writer can attest, finding the perfect way of illustrating a picture with words can take hours—months—even days. It may seem insignificant at the time but you only get one chance before your work is published, so make sure it’s the way you want it then, not later.

“The most valuable of all talents is that of never using two words when one will do.”

This one hits home, doesn’t it? It’s also pretty self-explanatory. Over explaining usually doesn’t help anyone, so if you’re able to narrow your difficult thoughts or sentences into a concise one-liner, why take time to fluff it up? Cut the fluff.

9) George R.R. Martin – Author A Song of Ice and Fire (Game of Thrones)

“Writing is like sausage making in my view. You’ll all be happier in the end if you just eat the final product without knowing what’s gone into it.”

George R.R. Martin wrote this in his blog, letting his readers know he’s not one of those writers who has to tell everyone what he’s been writing, and how much he completes each day. It doesn’t matter how you get to the end, all that matters is who’s reading it and if they’re enjoying it or not.

This is important, because too many writers today worry about the process, but sometimes, there isn’t a strict process to adhere to. The more you write, the more you’ll find you have to say. It doesn’t matter how many times you’ve changed a line, or word—the only one your audience will remember is the one you chose to use last.

“Writers aren’t people exactly. Or, if they’re any good, they’re a whole lot of people trying so hard to be one person.”

Writers need to be everyone. That’s the task they embody—the best writers know how to get inside the heads of their audience, and the voice they’re trying to portray. They’re able to cut away from the norm or common denominator to give their topic a well-rounded appeal. F. Scott Fitzgerald was able to do just that by getting in the head of Gatsby narrator Nick Caraway, without which, the novel would never work. Goes to show you that the little things matter, and connecting to your audience is paramount.

“The main rule of writing is that if you do it with enough assurance and confidence, you’re allowed to do whatever you like. So write your story as it needs to be written. Write it honestly, and tell it as best you can. I’m not sure there are any other rules. Not ones that matter.”

Writing is tricky. On one hand, like Gaiman says, there are no rules. You can write anyway you want to. On the other hand, there are a lot of rules, so it generally helps to play it straight down the middle. The key word here is honesty. Writing honestly is one of the most powerful ways of affecting your audience, instilling trust in your words and more importantly, your ideas. All writers run into difficult comments or criticisms, but if you can look in the mirror after it all and be proud that you tackled the subject in an honest, confident way, you’ve done your job.

This is one of the shortest, most powerful quotes there is on writing from the late, great, William Faulkner. Too often, writers focus on the person behind the story, but great writing doesn’t translate into how many published works you’ve created. As a writer, you need to be writing constantly in order to hone your craft. The simpler explanation: if you aren’t writing, you’re not a writer. It’s not about your title, but your actions.