The call to action is a put up or shut up moment that can turn curiosity into a legitimate business opportunity. It's the bridge between visitors and leads — a point of entry that allows you to capitalize on the web traffic you generate. 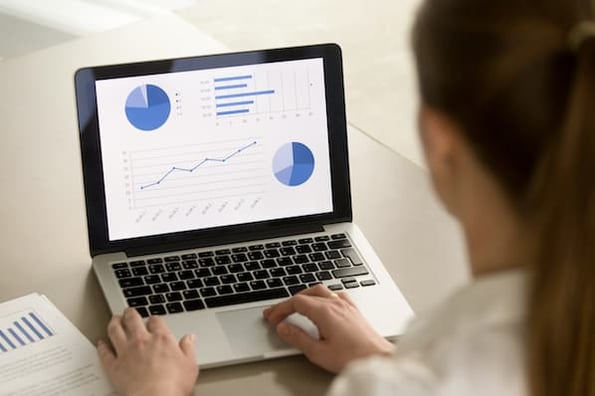 Despite its potentially massive business implications, your average CTA is generally pretty small and unassuming — maybe a button or a line of text. It might seem like the blog post or product page the CTA is placed on is all that matters when it comes to how many leads it ultimately generates

It's easy to think that the copy, color, or placement of a call to action doesn't really matter, but that's not the case. A lot goes into creating an effective CTA. The best ones have been carefully crafted and consistently tested. Here, we'll focus on that process.

We'll learn how to A/B test CTAs successfully and get some insight on the subject from some expert HubSpotters.

How to A/B Test CTAs

1. Decide on a specific factor you want to test.

A/B testing isn't supposed to be some indiscriminately applied process. In this context, it's designed to help you best optimize specific aspects of your CTAs. That means conducting a thoughtful, effective A/B test rests on you definitively selecting the individual variables you want to better understand.

Are you trying to zero in on the best word-choice for your CTA? Are you looking for its optimum visual characteristics? Do you want to identify where its most effective placement on your blog posts might be?

Try to lock in on one factor — above all others. You don't want to A/B test multiple CTAs with different shapes, colors, and copy all at once.

There's a reason A/B testing is called "A/B" testing — not just "A" testing. The concept itself rests on comparing multiple options, so naturally, if you want to A/B test CTAs, you need more than one.

There are a variety of variables you can use to create unique, distinguishable CTAs, including color, position, size, shape, and wording.

A/B tests should take fundamentally similar CTAs that convey the same information in unique ways, leveraging separate — but not outrageously different — options to help hone in on the slight distinctions between choices your audience would be most receptive to.

Identify a date range you'd like to use as your reference point for your experiment. Once you've carried out your testing across that period, take the time to analyze and understand your results.

Get a feel for how your various choices performed in terms of metrics like overall views, clicks, and submissions to see which of your CTAs are garnering the most attention and converting the best.

Once you have your results, you can start to identify the more effective aspects of each option and start to piece together CTAs that will consistently deliver the results you need.

It's recommended that you don't employ radically different variations of the same CTA when A/B testing. The hope in carrying out these tests is to identify the specific factors that make your CTAs most effective.

If you're comparing CTAs with various aspects when A/B testing, your results might be muddled. You won't have a clear idea of which aspects are most effective — you'll lose out on the ability to identify the factors worth applying to your CTAs going forward.

As Carly Stec, Team Manager for Blog and Academy Acquisition at HubSpot, suggests you "avoid testing multiple variables at the same time." She stresses the value of keeping things straightforward.

She discussed a recent series of A/B tests her team ran for HubSpot's thank-you pages that involved changing the messaging, placement, and visuals of a CTA. She noticed strong increases in conversion but didn't have a firm picture of the key factor at play, "While we saw a strong increase in conversion, we were left wondering, what exactly did the trick? Was it one of the elements or all three?"

Her team opted to partition the tests to identify what was making the difference. As she put it, "We reran the test as three separate single variable tests and found that placement actually had the most influence on conversion. The lesson? Keep it simple so success is easier to trace."

Treat it as a marathon — not a sprint.

Slow and steady — that's the name of the game when it comes to A/B testing CTAs. It's a piece-by-piece process. Your most successful CTAs will be the sum of several minor adjustments, often carried out over somewhat substantial periods of time.

As AJ Beltis, HubSpot Marketing Manager for Content and Acquisition, put it, "Don’t be afraid to start testing incremental changes." Minor tweaks to language, visual characteristics, placement, and other factors wind up making for the most effective CTAs. If every A/B test you run for your CTAs is based on a major overhaul, you might pass over the aspects that were working best for you.

Beltis went on to discuss an experience with some tests he and his team ran for the HubSpot blog, "For example, we did an entire series on testing our anchor text CTAs. While we saw marginal increases from every test, it was the combination of these results that resulted in the optimal version of this CTA, which has resulted in a significant increase in annual leads from the blog."

If there's one lesson that HubSpot has taken away from A/B testing CTAs, it's that there's always room for improvement. A/B testing CTAs is an ongoing process. As Stec put it, "At HubSpot, we constantly iterate on our tests to make sure we’re not settling for the winner. Just because something won once, doesn’t mean it can’t be beat. Keep going."

A/B testing CTAs is about zeroing in on the perfect option — the caveat here is that perfection isn't real. Always aspire to consistently improve your CTAs, and A/B testing is central to that process.

It's important to maintain focus and effort when it comes to this process, and Stec captured the essence of that mindset when she said, "Don’t underestimate the importance of persistence in A/B testing."

Learn more about A/B and how to run better tests.