A Disaster Waiting to Happen? Businesses Could Send You Ads on Messenger

In November 2017, Facebook began internally testing Messenger Broadcast: a service for businesses that allows them to send marketing content to users, without building a bot. 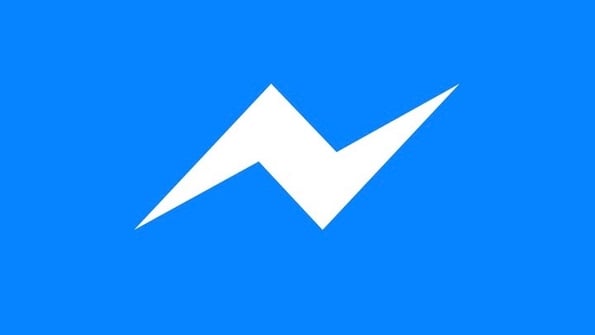 Last week, the social media platform announced that Messenger Broadcast would be available for testing to select Page administrators in the U.S., Mexico, and Thailand.

While several businesses have been using Messenger as a customer service communication method, that's been largely restricted to those who can build bots: software that simulates a conversation with humans on messaging platforms. Many Messenger users see them when they first reach out to a brand with a question or when they execute a task.

But despite these functionalities, which are still emerging, Messenger is still in somewhat early stages of use as a direct method of broadcasting promotional content from Pages to users.

As with any new feature, there are pros and cons.

At first glance, this feature seems beneficial to small-to-midsize businesses (SMBs) that might not have the in-house coding talent or budgets to build bots. That limits the way these brands can interact with users on Messenger, as any communication they receive requires a manual response.

With Messenger Broadcast, however, businesses facing this issue can use a fairly comprehensive messaging setup -- which appears to be similar to creating a promoted post on a Facebook Page -- to compose a title and text, add visuals, and create a call-to-action for the message recipients.

And, similar to promoted posts or ads, Page administrators can also target recipients according to interests. 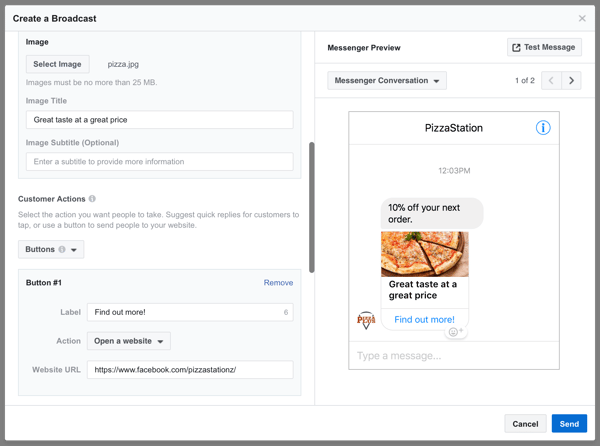 According to TechCrunch, Messenger Broadcast is free for businesses to use -- for now. Prior to the recent display of ads, Facebook had not outwardly monetized the platform, despite a user base of 1.6 billion.

Broadcast might provide another method for doing so -- and if its trial is successful, Facebook could begin tiering charges for Pages according to targeted audience size.

The news comes at a time when many SMBs are experiencing some frustration with Facebook due to a declined reach following the channel's algorithm changes surfacing less Page content.

But "by building tools like Broadcast into Messenger that allow SMBs to better communicate with their customers," says Dylan Sellberg, HubSpot's associate product manager for messaging, "Facebook has a shot at earning back the good graces of this massive market."

That's especially true for those who are already working with limited resources, for whom "building chatbots is a technical skill far out of the realm of possibility," Sellberg continues. "Creating basic experiences on Messenger that solve for a specific use-case, like customer support or disseminating popular information, is something businesses can lean into. After all, they've been executing on this playbook via email for decades."

It's that likening to email, however, that causes concerns about Broadcast. Between the display ads -- and the potential to receive messages from Pages -- some wonder if the introduction of promotional content on Messenger defeats the purpose of Facebook's algorithm change to emphasize friends-and-family content.

"This is reminiscent of Facebook’s 2012 experiment where anyone could message anyone else for as little as $1 and as much as $100 for Zuckerberg himself," says Daria Marmer, HubSpot's product lead. "That failed, I think, because it was totally outbound -- users didn’t have to show any interest in the message or who it was coming from."

And while Marmer recognizes the doubts around this latest feature, she says it's different than the discontinued Messenger experiment of 2012. For starters, Page administrators can only send this content to users who have proactively reached out to them on the platform before.

"This time, Facebook is taking a more of an inbound approach in letting businesses message only customers who had previously interacted with them," she explains. "I think this inbound strategy will work both for Facebook as a revenue stream, and for marketers, who will be able to use Messenger as a better converting channel than email."

Sellberg, for his part, also understands the concerns -- but also believes the protocol to disallow businesses from cold-messaging users could make a better user experience.

"Many will look at Broadcast and say that it will create a poor, spam-filled, end-user experience," he says. "But I think this is an opportunity for businesses to create high-quality, end-user communication -- something that stands out and really delights."

Not everyone is quite so excited about Messenger Broadcast.

As someone who personally uses Messenger more than Facebook itself -- primarily to avoid rogue content from Pages and individuals to whom I'm not particularly attached -- I certainly understand the concern that Messenger could morph into a new-school email inbox, of sorts.

Even the protective protocols -- the ones dictating Page administrators can only send this contact to users who have already messaged them -- are not entirely different from email opt-in rules.

What's more, it isn't entirely clear how users can "unsubscribe" from Broadcast messages, though it could be as simple as the options to mute conversations with or notifications from Pages that are already available. 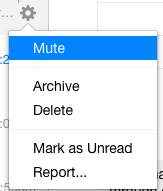 Some believe we are, in a way, "going back to square one" in terms of best practices for creating and sharing content.

"If Facebook doesn't teach people how to make valuable, non-intrusive experiences" with the introduction of Messenger Broadcast, says HubSpot Conversational Marketing Manager Connor Cirillo, "this is a disaster waiting to happen."

That's where the analogy to opting into emails becomes particularly salient. While users, in this case, have expressed some level of interest in communicating with the business by messaging it in the first place, that doesn't mean the future communication -- like a Broadcast -- will be contextual or valuable to that user (or group of users, since the option allows sending the Broadcast to multiple users at once).

"Messaging is intimate. As businesses, we have to respect that," says . "If a brand doesn’t know how to chat with someone, and only knows how to talk them, users will get turned off."

Which means, Cirillo explains, even if a user initiates communication with a Page, what it does in response might not necessarily make for a delightful experience if the content of the message isn't relevant or helpful.

"Just because I asked the pizza place when it's open," he says, "doesn’t mean I want untargeted coupons blasted at me."

When both sides of the argument are evaluated, the key takeaway on Messenger Broadcast is essentially the same as it is for any new medium of this kind: Content that's high-quality, relevant to the user, and helpful is the most likely to succeed. Even with the cons in mind, if brands using this service can figure that out -- they're more likely to see better results.

And that, says Sellberg, might serve as a barrier to entry for brands who aren't quite ready to use this feature -- for the business and the user alike.

"Plainly, I don’t think marketers who haven't leveraged Messenger at all will not use this tool," he explains. "However, even if they do, they can only Broadcast to those who have messaged them first," which could minimize the intrusive nature of any messages they send.

Because the feature is in its earliest stages, how or if this ultimately plays out has yet to be determined.

As always, feel free to weigh in with thoughts or questions on Twitter.