You're Probably Using More Artificial Intelligence Than You Think 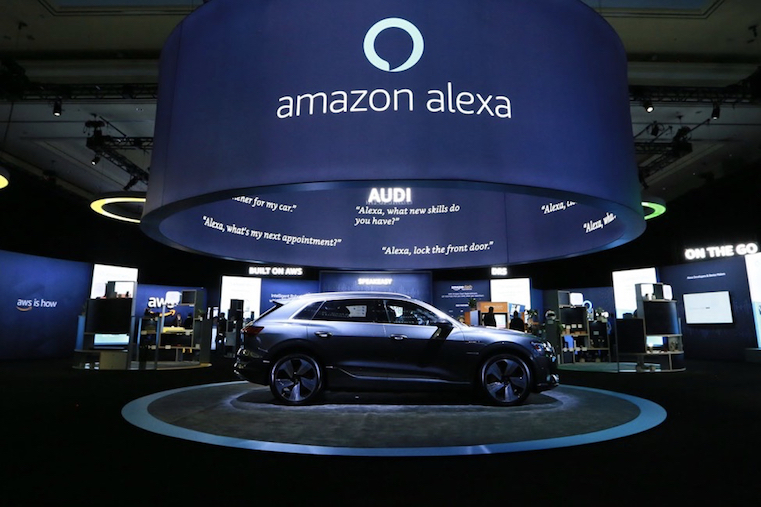 The post -- which may have been meant to encapsulate and preview many of the company's work within the area of artificial intelligence (AI) -- summarized the way in which this smart technology powers many of our day-to-day tasks.

Among them are things like personalized music recommendations on such streaming platforms as Spotify, which use one form of AI -- machine learning -- to determine what songs you might like based on your listening history.

AI is likely behind any task carried out by a machine that would require intelligence if done by a human -- things like learning, seeing, talking, socializing, reasoning, or problem-solving.

The bottom line: AI is likely behind any task carried out by a machine that would require intelligence if done by a human -- things like learning, seeing, talking, socializing, reasoning, or problem-solving. And chances are, artificial intelligence permeates your daily routine in some way, and more than you might think.

But when it comes to the public perception of AI, how many people believe it integrates with day-to-day life?

We conducted some research to find out.

The Perceived Prevalence of AI in Day-To-Day Life

First, we asked 873 people across the U.S., UK, and Canada: How often do you believe that you use artificial intelligence (AI) in your day-to-day life?

The responses seem to suggest that there's a bit of confusion among consumers regarding AI, with the highest number of respondents -- 28% -- indicating that they aren't sure how often they use the technology in their daily routines.

A quarter of respondents -- the second-highest amount -- said that they don't believe they use AI in their day-to-day lives at all. Here again, confusion is implied, as even a common search engine query involves the underlying use of AI.

When it comes to this implied confusion around AI, it seems as though the greatest disconnect is with its prevalence. These survey results, for example, suggest that a fair number of consumers may not be aware of the underlying AI technology in what many of us have come to accept as routine tasks, like seeking information on a search engine.

Then, we asked 887 people across the U.S., UK, and Canada: What are some ways you believe you use artificial intelligence (AI) in your day-to-day life? Select all that apply.

Here, there appeared to be less implied confusion among respondents and the prevalence of AI, with only 21% indicating that they don't believe they use the technology in their day-to-day lives -- and even fewer saying that they're not sure if or how they use it.

In fact, over half of respondents said that they believe they use AI in a day-to-day capacity on their mobile devices -- and as of Q4 2018, 57% of organic search engine visits came from mobile devices. Plus, smartphones are often equipped with the aforementioned voice assistants that use AI to conversationally answer questions or otherwise engage with users.

Especially interesting to note is the diversity of AI use cases indicated by respondents for this question. Forty-two percent of respondents said that they believe the technology enters their day-to-day lives when using televisions (e.g., those that are equipped with voice assistant, or wired to connect to streaming services like Netflix, which uses its own AI-powered personalization) -- and other household devices (e.g., smart speakers like the Amazon Echo or Google Home).

The seeming dichotomy of responses between the two survey questions could be explained by the possible nature to which we've unknowingly accepted and adapted to AI in our day-to-day lives. While conducting a search online, for instance, it's unlikely to actively think, "AI is powering what I'm doing right now" -- thus leading to the implied confusion in the first question.

However, when supplied with possible use platforms and cases for AI in day-to-day life, it's possible that respondents gave more consideration to the tasks they execute with the list of devices in the answer options -- and, as a result, came to a realization of what role the technology might play in those routine activities.

As AI continues to become smarter, power a growing number of devices, and learn to execute an increasing amount of tasks, it will continue to surface in the day-to-day lives of businesses and consumers -- aligning with the 2019 AI Outlook, which explores where this expanding prevalence will have the most impact.

According to some experts, as AI continues to mature, it will create three key new job categories:

But one thing that has been emphasized throughout recent discussions of AI: It's not a replacement for human knowledge.