In a Land of Automated Milk and Honey, Marketers Are Presented With an Opportunity

If I remember correctly, I was about 12 years old when I met my first robot.

At that time, robots were a novel concept rarely seen anywhere beyond a science fiction movie or TV show. This wasn't just any robot. It didn't sound like a series of beeps and boops, nor did it speak in monotone. It conversed with me like any human would, asking me about what I had for lunch and complimenting my earrings.

Little did I know that this somewhat primitive human-robot interaction would set into motion a series of events that would bring me back to California, time and time again, for many more interactions with machine-taught, artificially intelligent beings and gadgets.

It would also progress the age-old debate that comes with advancements in technology: At what point does the benefit of technological advancement become mitigated by humans having their jobs replaced by machines?

After spending a few days in San Francisco engaging with an array of automated concepts -- markets, coffee shops, and restaurants -- here's some of what I learned.

A Land of Automated Milk and Honey

A Birds-Eye View of Income in San Francisco

According to a study conducted by the Brookings Institute, San Francisco has the sixth-highest household income inequality in the U.S., with some of the wealthiest households earning over 15X as much as some of the lowest-income ones. 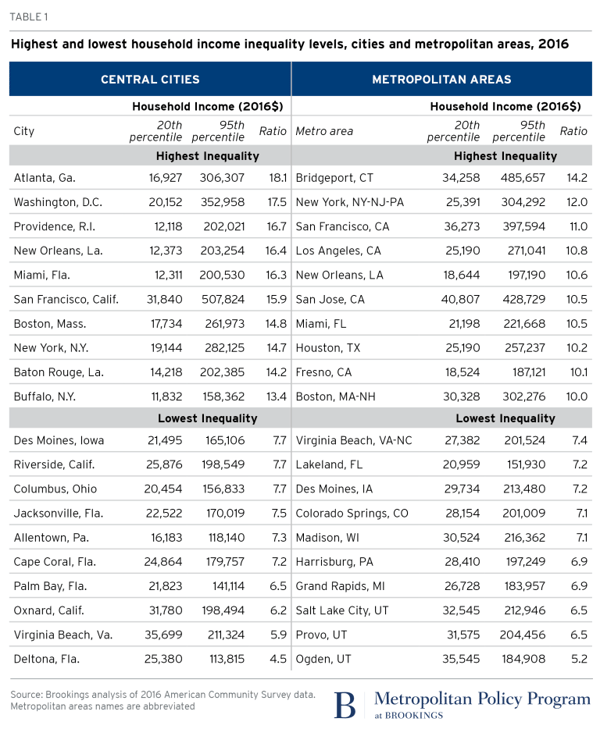 The tech sector -- which is highly concentrated in San Francisco and the surrounding Silicon Valley area -- is often blamed for this income disparity. It's said by some to generate wealth for those who reach some of the higher ranks of these companies, to “prodigious” heights that create a rapidly growing moat between tech's high earners and, well, everyone else.

"Prodigious" is a word used by Russell Hancock, president of nonprofit Joint Venture Silicon Valley, in a 2014 interview with MIT Technology Review. “But when we used to have booms in the tech sector, it would lift all boats," he added at the time. "That’s not how it works anymore. And suddenly you’re seeing a backlash and people are upset.” 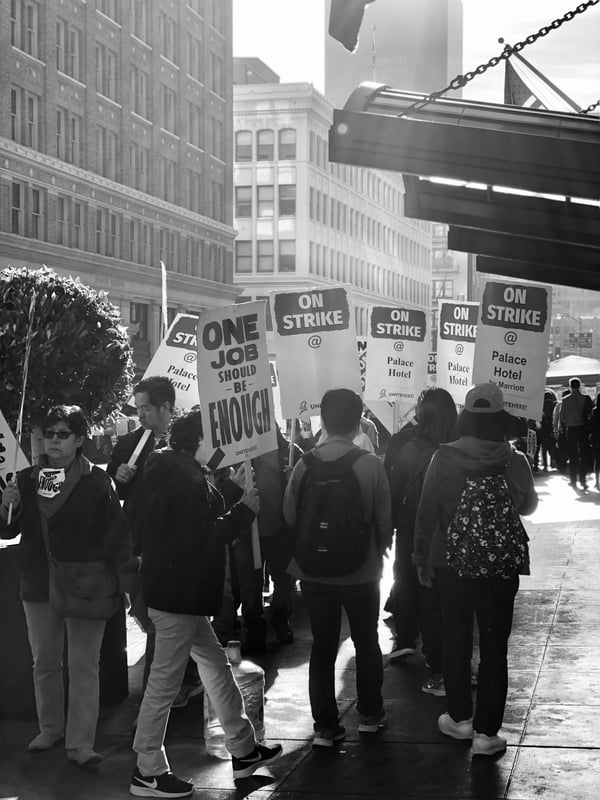 A worker strike in San Francisco

The growth of the tech industry leaves some wondering if it advancements bleed into the aforementioned disparity. Last week, for instance, I wrote about the experience of visiting an Amazon Go store in San Francisco: the fifth location opening of the ecommerce giant's famously cashierless stores.

And while the experience was one that I might describe as "neat," it got me wondering about the repercussions of an increasingly cashierless society. 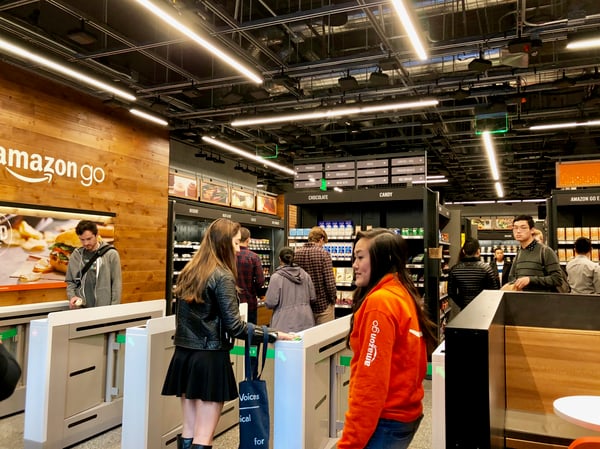 The Amazon Go store is far from the only cashierless retail experience in San Francisco. In the span of only a few days, I visited not only this particular store, but also, a cashierless restaurant and a self-described robotic coffee bar.

Consider that the role of cashier is filled by 3.5 million Americans. In an increasingly automated world, what becomes of them -- and what should we do now to prepare for it?

A robot serves my coffee order, after preparing it without human intervention

Automation (And Growth) for All

The replacement of humans by machines is not a new concept. Similar phenomenons played out when the assembly line was created, when horse-drawn carriages were outpaced by the automobile, and when air travel became more convenient than traveling by railroad or sea.

Many argue that automation creates more new jobs than it does eliminate them, which poses the question: How can automation be built and approached in a way that actually benefits everyone involved? 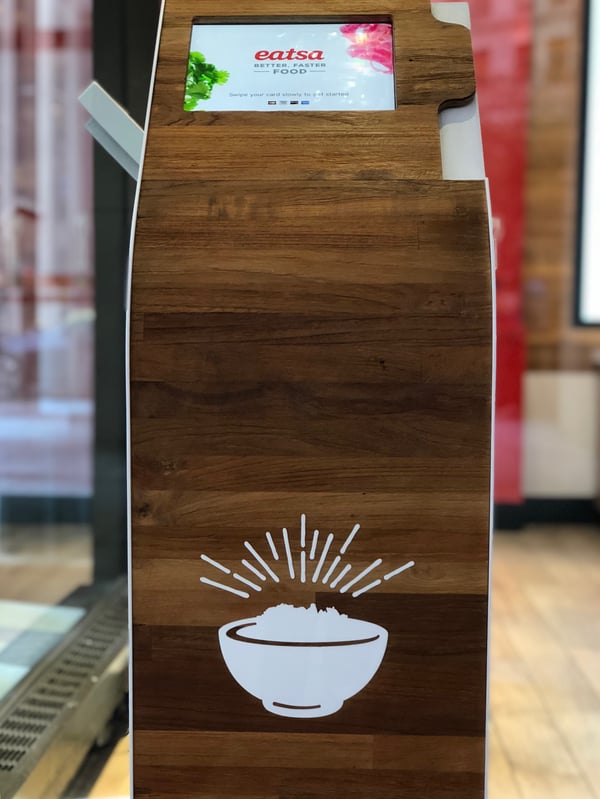 An ordering kiosk at eatsa, one of San Francisco's automated restaurants

"The transition [to automation] needs the right education and training to enable people to take advantage of the new opportunities," says HubSpot CMO Kipp Bodnar. "We should be invest more now in that training and education for innovations like automation, which we know is only going to grow."

And while an investment in this education and training is a worthy one, many are left wondering who's going to fund it -- in a way that builds automation in a positive manner, helping users, businesses, and employees alike grow. 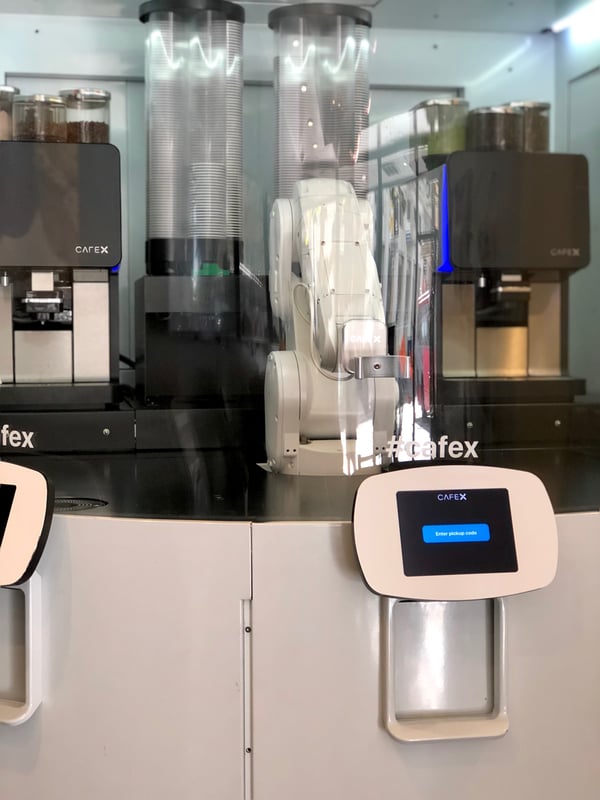 The answer, Bodnar says, could also exist in "a partnership": between the private and public sector, and between businesses.

Consider small-to-midsize businesses (SMBs), for instance which often "operate at a local level," says HubSpot VP of Marketing Jon Dick. Addressing automation in a constructive, growth-oriented way creates possibilities for such businesses to invest in education and training on a community level.

And where SMBs budgets are small, larger vendors with whom they work might play a role, Dick says. "You could imagine large tech companies distributing funding through customers or partners."

In other words, the investment in building better automation in a way that helps everyone grow -- which includes having a stake in the early education and training to fill the roles it create -- doesn't have to be a foreboding one.

Rather, it leads to a crucial moment for companies to work with together. This collaboration has a ripple effect -- not just for building better technology and growth opportunities for all, but for how else these partnerships between businesses could strategically evolve over time (for example, in the area of co-marketing or co-branding for future initiatives).

At the end of the day, "This is an ethical issue," says Bodnar -- one "that can have significant impact on the brands who choose to hold themselves to a high ethical standard."