Get the Calendar Template 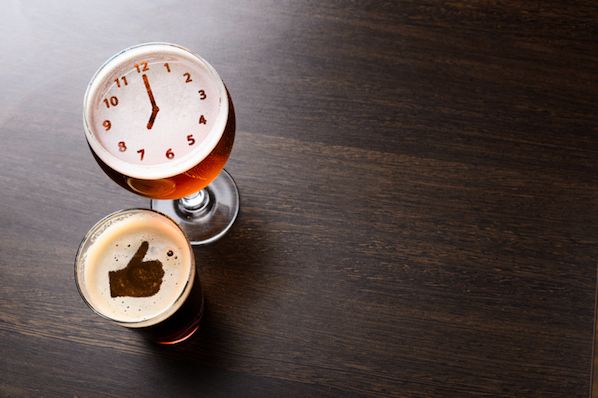 Social media is one of the best ways to amplify your brand and the great content you’re creating. But it isn’t enough to just post content to social whenever you feel like it. Some times are better than others.

So, what are the best hours to post on each social media channel?

These aren't your only (or best) times, though. Good post timing depends on the platform you're using, as well as on how your target audience interacts with that platform, the regions and corresponding time zones you're targeting, and your marketing goals (e.g., clickthroughs versus shares).

However, there is ample data out there on the best time to post on Instagram, Facebook, Twitter, LinkedIn, and Pinterest. The great folks at CoSchedule recently looked at a combination of its own original data and more than a dozen studies on this very topic -- from the likes of Buffer and Quintly, just to name a couple -- and created a helpful list of ideal posting times based on industry trends across today's most popular social networks. The industries they analyzed include:

Bookmark this post as a go-to set of guidelines, and refer to it next time you need to find the optimal posting times for your business.

To start, let's take a look at the U.S. About half of the country's population is in the Eastern Time Zone, and combined with the Central Time Zone, that accounts for over 75% of the total U.S population.

Given that sizable share, if you're targeting a U.S. audience, try alternating posting times in Eastern and Central Time Zones -- we'll get into those specific times in a bit.

If you're targeting users outside of the U.S., conduct some research to find out where they live and which social media channels they're using. That kind of data is available through studies like Smart Insights' Global Social Media Research Summary, or We Are Social's annual Digital Global Overview.

Fill out the form to get the template.

Instagram is meant for use on mobile devices. Approximately 60% of its U.S. users use the app daily, though it would appear that many engage with content more during off-work hours than during the workday.

People log in to Facebook on both mobile devices and desktop computers, both at work and at home. How it's used depends heavily on the audience.

Like Facebook, people use Twitter on both mobile devices and desktop computers, both at work and at home. How it's used also depends heavily on audience -- but people often treat it like an RSS feed, and something to read during downtimes in their day, like commutes, work breaks, and so on.

Roughly 25% of U.S. adults use LinkedIn, largely for professional purposes, during weekdays and the work hours. It's used with slightly less frequency than some of the other channels on this list.

Pinterest users skew heavily female, and 29% of users are active on this channel on a regular basis.

There you have it, folks. Keep in mind that although each social network sees its engagement and clickthrough rates increase at specific hours and days of the week, how much engagement you get depends on your audience and content you publish for them.

Perhaps you've established a weekly video series that your audience always expects to see on Friday morning. In this case, don't listen to the data above -- you have an agreement with you followers, and this day and time works just for you.

Editor's note: This post was originally published in 2017, but was updated for comprehensiveness in October 2019.

Which social media channels do consumers spend the most time on? [New Data]