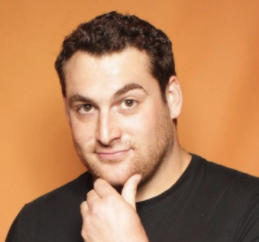 Aligning these goals is what keeps marketing and sales teams in lock-step.

For example, marketing may have a Service-level Agreement (SLA) with sales to generate 100 marketing-qualified leads (MQLs) per month, and in return, sales agrees to "work" at least 80% of those MQLs generated by marketing, and provide feedback to marketing about which ones resulted in the most productive conversations, and new business.

This relationship gives marketing teams perspective. They can look 'down' the sales funnel to identify which campaigns, content, and touchpoints generate the best conversations for sales. Conversely, it gives sales teams a view to the top of the marketing funnel, allowing them to prioritize MQLs from the campaigns, content, and touch points that have led to success in the past.

When both teams have this view, magic happens. They work together as one revenue team, and collaborate to maximize efficiency and revenue.

Aligning sales and marketing teams might seem like a job for the managers of these teams, but it truly needs to happen at all levels of the organization. The HubSpot Growth Stack, a combination of our marketing and sales software, is built to enable this interaction between teams. It's a truly powerful example of the 1+1=3 mentality that drives many of our teams here at HubSpot.

This past June, we invited Pulitzer-prize winner and best-selling author of Smarter Faster Better, The Secrets of Being Productive in Life and Business, Charles Duhigg, to theHubSpot Academy Master Class stage to discuss the power of SMART goals.

The following excerpts have been edited for readability:

It’s the combination of two types of goals that result in the most success and productivity.

The first is what psychologists traditionally refer to as stretch goals. These are the big ambitions we're moving towards.

One of the key attributes of people who are more productive than others is that they tend to do a better job at identifying the stretch goals they ultimately want. They're working about the same amount as everyone else, they're just as busy and spend just as much time relaxing, but they're chasing better big goals.

As a result, they're more efficient because they know what they're going after. So everyone needs a stretch goal. You need to know that you want to start a company, or that you wanna run that marathon. You need to have something that is a month or three months in front of you so that you know you're moving in the right direction.

The problem with having a stretch goal -- this really big ambition -- is that it makes it hard to decide what to do every single morning when you wake up. You need to break it down into smaller pieces, and that's where the science of SMART goals comes from.

It's a mnemonic device to help you take a big goal and come up with a plan on to tackle it piece by piece -- because we all know starting is the hard part, right?

It only takes 60, 90 seconds to go through each component of S-M-A-R-T and figure out how to start a big goal. But once you know how to start, odds are that you will be much much more successful at actually getting that goal done, rather than simply diving in and saying okay, "what do I do now?"

When it comes to team dynamics, how people interact is more important than who’s on the team.

In Smarter Faster Better, there's a chapter about the science of teams that references a story from Times Magazine where we ran an excerpt from the New York Times Magazine about how five years ago Google actually decided to start a huge study to figure out how to build the perfect team.

For two years they collected data and looked for patterns, and they couldn't find anything. They couldn't find anything that would tell them why some teams were more successful than others. They would have some teams with basically the exact same membership, and one of those teams would do great, and the other team with almost the same cast of characters would do terrible.

So at some point they said look, we gotta take a break and approach this from another perspective. Rather than asking who should be on a team, let's start asking how teams interact. What if the how of a team is more important than the who? So they started collecting more data and all of a sudden everything became clear.

What they figured out was that the habits that a team has, the culture, and the unconscious ways team members treat each other are much more important factors than who is on a team.

They also found a number of habits known as “group norms” that were particularly important. But one of them was much more important than anything else: it was this thing known as psychological safety.

Psychological safety, according to Harvard Business School professor Amy Edmondson, is the "shared belief held by members of a team that the team is safe for interpersonal risk-taking," and "a sense of confidence that the team will not embarrass, reject or punish someone for speaking up."

Psychological safety is the key to easing tension between marketing and sales.

You have to create an environment where each side says "I hear what you're saying, you're telling me this, now let me build on that by telling you what I'm feeling."

Often there is no magic wand for resolving tensions within organizations, but there is a method for airing those tensions and trying to get as close as you can to a solution.

At the core of that is coming up with systems where people feel like they're really speaking up, like they have to speak up, they have to say what's most important to them, and they feel like everyone else is genuinely listening.

If you have that, then people are on the same side of the table, they're working together to solve a problem, instead of just shouting at each other or feeling like they don't get a chance to shout at all.

When you feel in control, it’s much easier to motivate yourself.

"If you're struggling with procrastination, find some choice you can make that makes you feel like you're in control." #HubSpotMasterClass

Want to learn more? Watch the full master class recording to hear the amazing stories that illustrate these outcomes.

5 Dos and Don'ts When Making a SMART Goal [Examples]

The 5 Goals to Consider When Creating a Marketing Strategy