Common Headline Writing Myths We Should All Stop Believing

Is that a lame title -- “Common Headline Writing Myths We Should All Stop Believing”? 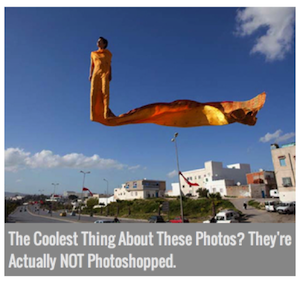 I could have tried something with a lot more sizzle and punch, right? Like these …

OMG! I Just Discovered Why I’m Losing Traffic! Wait Until You See Them!

I Won’t Be Able To Sleep For Weeks! The Freaky Reasons Why I’m Losing Traffic!

Mind: Blown! This Guy Knew Something Was Wrong With His Traffic. Wait Until You Find Out What He Discovered!

Can This Be Real? The Secrets That I Just Realized About My Traffic! My Life Will Never Be The Same!

This style of headline (combined with a few well-placed pictures) is popularized by viral sites to generate huge amounts of traffic. 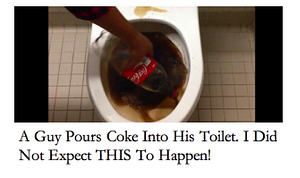 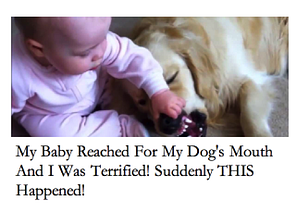 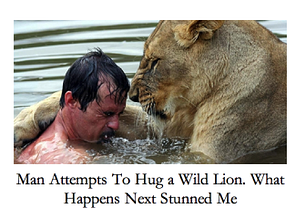 Who wouldn’t want to click on videos of Coke in toilet bowls, men hugging lions, and babies sticking their hands in dog’s mouths?

Though headlines like these have been popularlized, they often perpetuate some of the most deadly headline creation myths. I’m going to take you on a tour of just a few of them, and hopefully caution you against some of the traffic-killing side effects that they may have.

One of the most successful headline styles has been the “curiosity gap” headline, also known as the “emotional intrigue” headline.

The information gap theory of curiosity states that people are driven by the desire to gain some new knowledge or information. When a headline can successfully create such a gap in a user’s knowledge, it pulls them in with an intense feeling of curiosity. 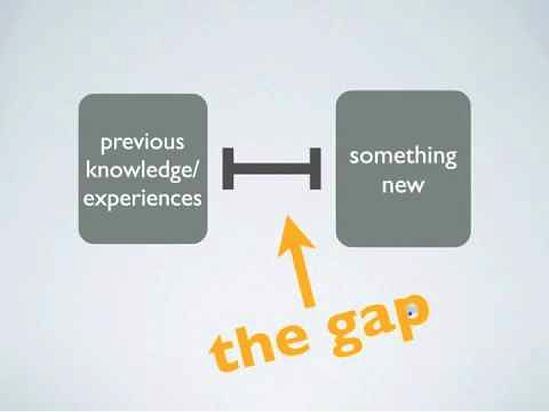 The idea was explained by George Loewenstein in his monograph, “The Psychology of Curiosity” published by the American Psychological Association. FastCoDesign explained the theory succinctly:

First, a situation reveals a painful gap in our knowledge (that's the headline), and then we feel an urge to fill this gap and ease that pain (that's the click).

The downside of the information- or curiosity-gap theory is that it can degrade credibility if the content doesn't deliver on what the headline promises. A headline is the reader’s first opportunity to determine credibility. If a headline does not immediately establish integrity, then the content is less likely to be trusted. (And being trusted is what makes people actually read your article -- which is what you wanted them to do in the first place.)

Do clickbait headlines work? Absolutely. Are they okay for some sites or articles? Sure. Does that mean you should use them in every piece of your content marketing? Maybe not.

In other words, mind the gap.

There’s a ton of clickable value in sensational headlines, but they also come with a long-term traffic-stopping effect.

But let me drive back to a crucial starting point in headline creation -- is this right for your audience? Perhaps it is.

But perhaps, like many writers have experienced, the only benefit of a headline that drips with voyeuristic appeal is a few extra clickthroughs and then a fistful of lost traffic. As soon as people get to your site and realize that the link has been a ploy to get more traffic, they'll bounce -- possibly forever.

Is there value to shocking headlines? There may be some limited traffic uptick, but such headlines don’t often provide true value.

We love to be shocked. Surprising experiences release a surge of dopamine into our system -- the feel-good neurotransmitter. With this kind of experience, shock value headlines are appealing on a surface level.

On another level, however, they are empty and unfulfilling. Here’s why:

Moz’s Isla McKetta nailed it when she wrote:

For me, reading headlines on BuzzFeed and Upworthy and their ilk is like talking to the guy at the party with all those super wild anecdotes. He's entertaining, but I don't believe a word he says, soon wish he would shut up, and can't remember his name five seconds later. Maybe I don't believe in clickability as much as I thought …

So where does this lead us? If we reject the myths of popular headline creation, then what do we do? Can we write a perfect headline?

How to Write the Perfect Headline

Headlines follow trends. They adjust to the nuances of cultural interest. They vary within a changing subcultural milieu. Most importantly, the ideal headline depends 100% on the particular audience to which it is addressed.

Here is what you can do to write btter headlines.

Think about what your readers want.

What if the New York Times, for example, started featuring articles about mind-blowing pictures of baby seals swimming in bathtubs with babies, or some other silly style of headline? I think that would probably not be the type of headline that their readership is interested in. Similarly Macrumors could hardly get away with an article about Biggest Collection of Most Hilarious Cat Videos of All Time.

Don’t just think about how a headline will attract more traffic -- think about if it's attracting more of the right traffic.

Your authority and reputation as an author is on the line when you create a headline. That headline will be attached to your name for the forever of the Internet.

What does that headline say about your credibility? Can you be trusted by your audience to provide relevant news and trustworthy information?

Barry Schwartz (the psychologist, not the SEO) is probably never going to write an article like this:

Why not? Because Barry Schwartz is a respected author, a professor, and a leader in decision psychology.

So don't just focus on how a headline could bring in more of your readers -- think about how it helps shape their perception of you.

Value is more important than clickability. Articles that deliver on the promise of the headline and help solve problems are the kind of articles that will give long term significance to your readers.

The problem with a lot of the clickbait articles is that they don't hold up their end of the bargain -- after a user clicks on the title, they find themselves staring at an article that was way over-hyped.

In the end, don’t spend your time chasing the perfect headline in order to garner more clicks. Instead, focus on crafting a headline that will bring you more readers (not clickers), sustain your credibility, and bring value to your audience.