Why You Should Question Conversion Rate Optimization Best Practices

I wrote this article out of a serious concern for conversion optimizers all around the world. There’s no doubt in my mind that the conversion optimization industry is growing. As it does, I want to combat the myriad of myths that are swirling around.

One of the most toxic myths is that of CRO best practices. I contend that there is no such thing as one-size-fits-all best practices in conversion rate optimization.

Try out our free marketing tool that helps you test out various types of popup CTAs and gives you information about your site visitors.

To show you what I mean, let me take you on a short journey. We’re going to look over the shoulder of two conversion optimizers at work, and see what they’re doing.

Let’s walk into the office of “Fred,” a very capable optimizer. Fred wants to increase sign ups on this page: 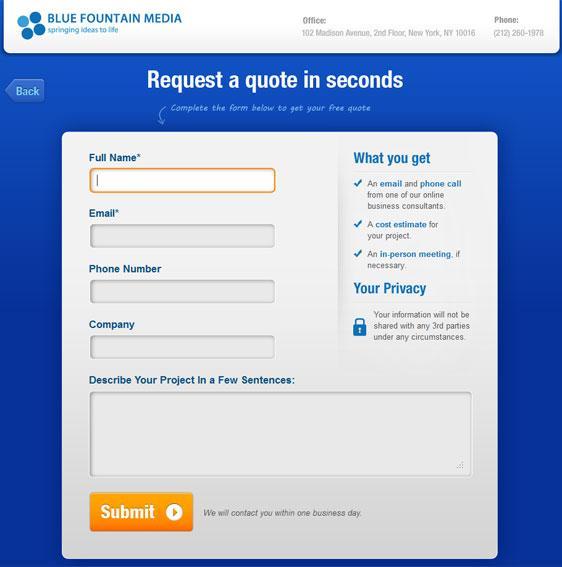 He thinks that the padlock symbol is good, but he wants to make the trust emblem even more trustworthy.

Fred is very interested in conversion optimization best practices. He tries to learn all he can about the best ways to optimize his website. Fred once read online that he should add trust signals like badges to forms. What’s more, he read that the VeriSign badge has the highest level of trust.

Fred runs a test between version A (above) and version B (below). In keeping with best practices, he chooses the VeriSign symbol to test on version B. He puts it on the signup form in place of the padlock. 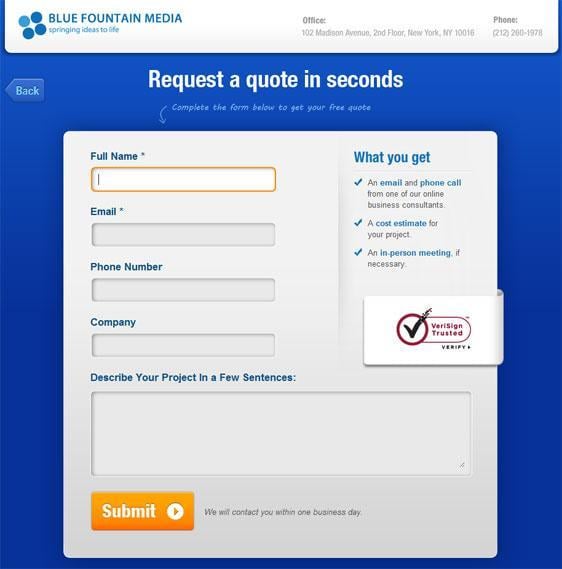 So, what happens? As Fred hypothesized, version B won. Adding the seal caused a 42% increase in sales.

Fred sat back in his comfortable office chair and smiled. “Conversion optimization best practices are really great,” he said with satisfaction.

Conversion Optimizer #2: I need to add trust signals, too!

Adam sat back in his chair, daydreaming about the uptick in signups. He thought about the pay raise, the promotion. Yes, life was good.

But when the test results came in, Version B -- the blank one -- had higher results! Adding the trust badge caused signups to decline!

It’s a good thing he tested it.

Adam, in disbelief, spent the remainder of the day on BuzzFeed trying to cope with the disappointment.

The Moral of the Story

I see this kind of confusion frequently. Someone reads about a great A/B test, gets excited, and rushes out to do just the same thing.

To make matters worse, many site owners don’t even test. The read a “best practice” and go out and do likewise. They hope that indiscriminate site improvements will magically cause their conversion rates to improve. But behold, rather than improving their conversions, the “best practices” bring poor results.

Reading about best practices, tests that won, and A/B testing success stories is great. Testing stuff on your site is great. However, blindly following best practices or believing that you’ll experience the same results can do more harm than good.

Why are we so easily deluded by the “best practices?”

All the best practices statistics, percentages, and upticks blind us to a very simple fact: That’s not your website. Just because something worked on one site does not mean it will produce the same results on yours. Everything is different -- the industry, the season, the customer, the niche, the conversion action, the product, the website, the design, the color scheme, the price, the offer, the headline, the pitch, the ... everything!

You can’t simply transfer best practices from one website, industry, or test into your own website. Sorry.

Pulling Back the Curtain on Best Practices

Conversion optimizers often pour on the statistics, but what many readers don't realize is that their tests might be broken. Here are common mistakes that even CRO experts make.

The list above is just a sample of all the things that could screw up a test.

As a result, this scenario is played out:

For every so-called “best practice” there are probably a handful of people who will raise their hand to say that it’s not true. The bottom line is this: You can’t take best practices at face value.

So, What Should You Do?

All the conversion optimization best practices are crumbling before your very eyes. What do you have to hold on to? Here are five things that you can do to replace the inaccurate information that you’ve been following.

Once you realize that there aren’t any best practices, it frees you up to try your own thing, to test intentionally, and to make changes that are best for your customers. Nothing -- not even the most widely held best practices -- can substitute for deep knowledge of your users and accurate testing of their behavior.

What conversion “best practices” have you debunked?

Get Started with HubSpot's Lead Management Software for Free