The 10 Cutest Brand Mascots of All Time 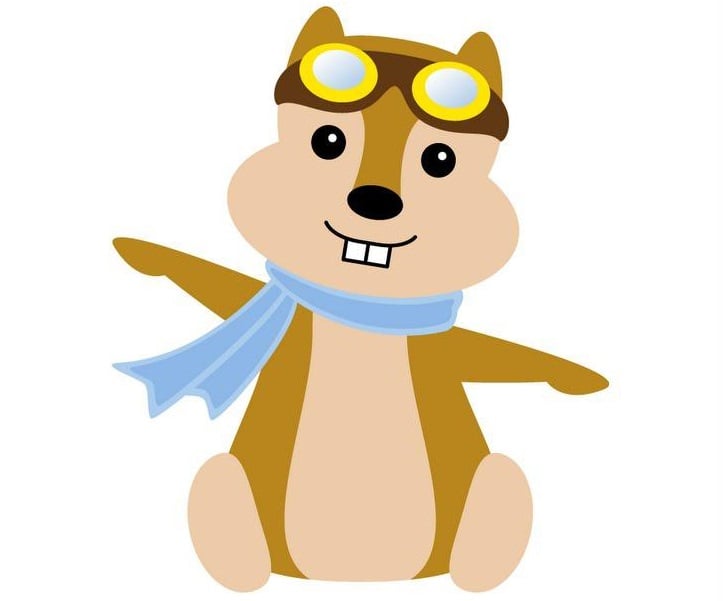 This post is full of gratuitous cuteness. Here's why. 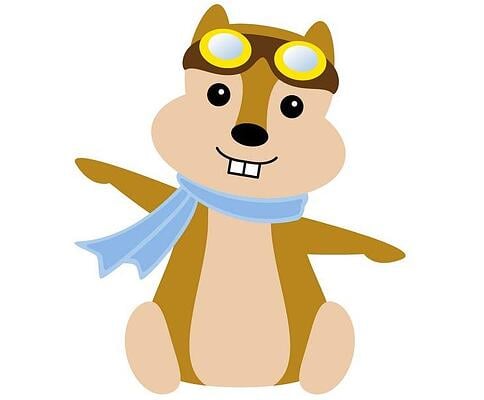 I'm looking into some flights to Ireland (I'm a sufferer of the most debilitating form of wanderlust), and I'm using the flight comparison engine Hipmunk to find a flight.

I used to use a couple other ones, but the Hipmunk chipmunk is just so cute it's paralyzing. Like, he shows up in my Facebook News Feed, and I stop scrolling and emit an audible "awww!" That kind of cute.

(And by the way, I know two men who also admitted to being fans of Hipmunk on Facebook purely because "the little chipmunk's so cute!" Both of them have since purchased multiple flights through them, as well. I rest my case.)

What I'm trying to say is, sometimes being cute makes an impact. It taps into something that turns us all into big 'ol softies. So this Friday afternoon, because our regular readers may remember that I tend to get a little distracted this day of the week, let's just melt into big 'ol softies for a minute and enjoy some of the cutest brand mascots of all time. All together now ... awwwwww!!!

The 10 Most Adorable Brand Mascots of All Time

I won't belabor the Hipmunk chipmunk for too much longer, but before we move on, please enjoy this compilation of that buck-teethed, chubby-cheeked little rodent who thinks he's a person, dressing up in some of his favorite outfits. 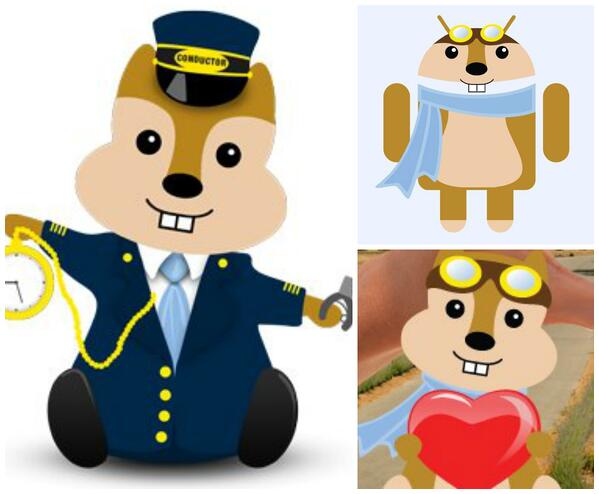 Like a big punch of cute right in the gut.

There's a reason Hipmunk robotified its chipmunk for the Hipmunk Android app (see above) ... the Android robot is pretty adorable. I know, it seems strange that a piece of machinery could ever be cuddly, but that's what makes it remarkable! You'll also notice Android uses pretty adorable names for its platforms, like Jelly Bean, Gingerbread, and Ice Cream Sandwich. The robot is so cute, in fact, that people actually create their own "art" of sorts with the robot, putting him in cute scenarios like some you see here. 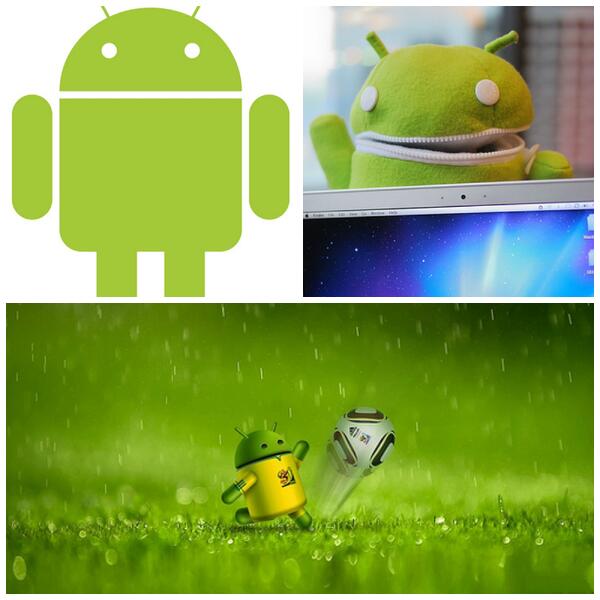 Guess robots are just inherently cute. The SEOmoz robot always makes me smile, and the copy they use around the robot gives him an even more adorable personality! Just goes to show B2B marketing doesn't have to be totally devoid of the warm and fuzzy. 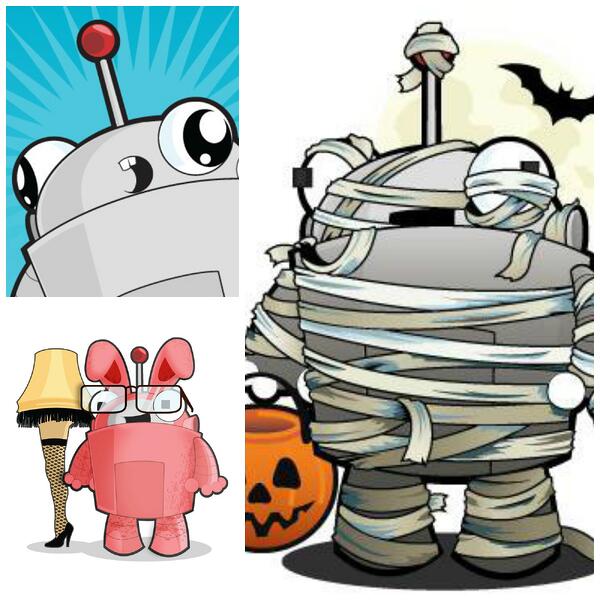 I've featured Dropbox on this blog a few times for their creative design. But their mascot -- which is, quite logically, a box -- always makes me smile. I think the cute comes in because ... who the heck expects a box to be cute? I mean, it's a folded piece of cardboard. Why is it smiling? Why is it wearing a party hat? Why is it in a pastel hilltop scene among happy little flowers? It's the unexpected cute that gets me with this fellow, and has a lot to do with all the other cute "people" he hangs out with, too. 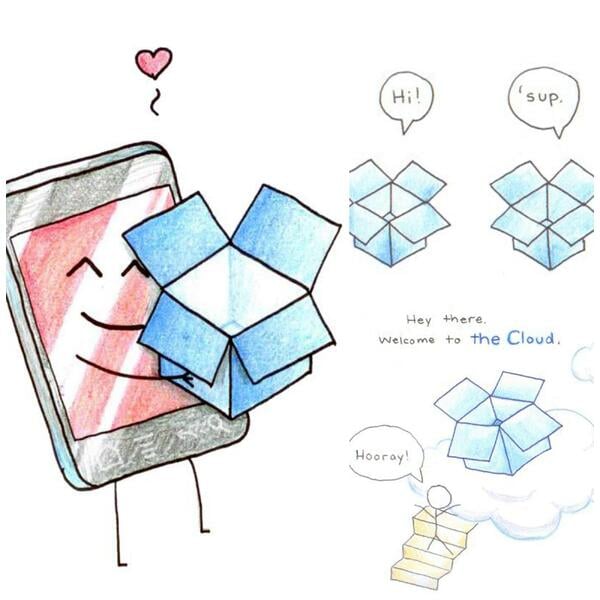 Bonus: Dropbox will also throw in the occasional dinosaur. I'm a sucker for an inexplicable dinosaur.

Snuggle Bear ... the cuteness is kind of baked right in the name, eh? And if you mosey on over to Snuggle's Facebook Page, you'll notice Snuggle being adorable in many different scenarios, including as a stuffed animal being snuggled by cute little kids, and kids and animals giving each other big ol' snuggly hugs. So they've basically decided the bear just wasn't enough cute. 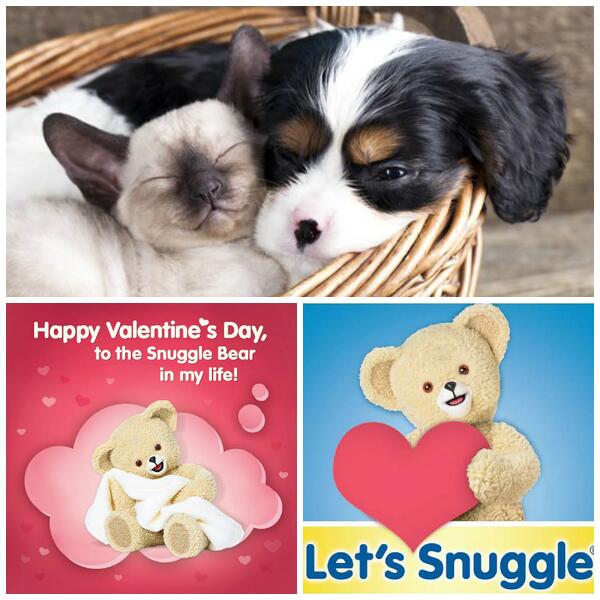 The Pillsbury Doughboy. So cute he has his own subdirectory on the Pillsbury site (on which you can make him dance, if you're looking for a time waster). We all know and love him -- he's a chubby, squishy, round, soft, tiny, giggling pile of dough with a chef's hat. That's pretty much all the cute adjectives right in a row. And if you haven't seen the latest co-marketing commercial with Geico in which he struggles to get through airport security (Spoiler Alert: The pat-down tickles and he can't stop laughing), I recommend you mosey on over to YouTube stat. Oh heck, it's quick, just watch it here:

I feel compelled to disclose that, originally, I wasn't going to include HootSuite on this list. I mean, owls are generally pretty cute, but I didn't think this one was any cuter than the next owl, until my coworker told me to Google images of it.

I was wrong. Mea culpa. The HootSuite owl is all kinds of adorable.

And I love how they put him in ridiculous costumes -- it's hard not to have an owl dressed as a journalist brighten your day. Those white glints in his eyes don't hurt, either. 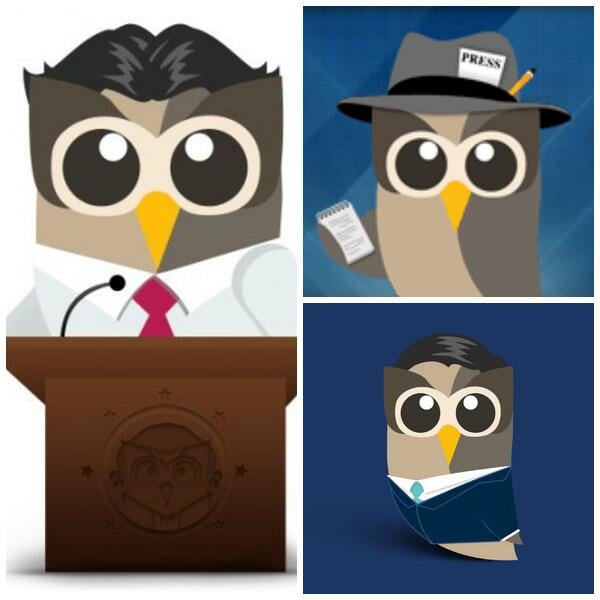 Debuted in 1970, the Tootsie Roll owl is one of four animals in the iconic commercials that is asked "how many licks does it take to get to the Tootsie Roll center of a Tootsie pop?" When the boy in the commercial asks the owl, he licks the lollipop a couple times, and just bites right into that bad boy.

Turns out, when you're an owl, the answer's three.

The cutest part of all this is the owl's goofy accent. If you don't remember the way he counts, here, check out the commercial for yourself. It's a classic, and it's totally endearing.

Since the commercial's debut, the owl has gotten a bit of a facelift: 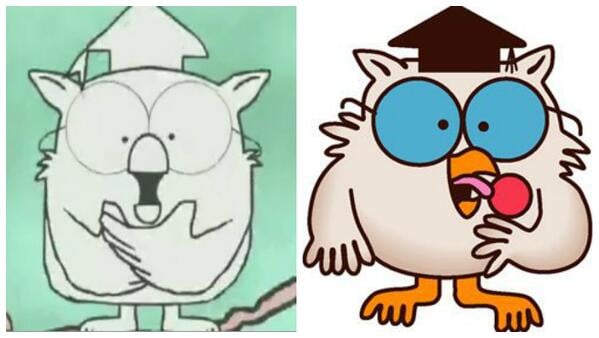 Tux is a penguin (duh, his name is "Tux") who officially represents the Linux operating system, and interestingly was chosen as the mascot via a Linux logo competition. So not only is he a cute little guy, he's also user-generated content. Double whammy.

Tux has a couple different variations, all of which are pretty darn snuggly: 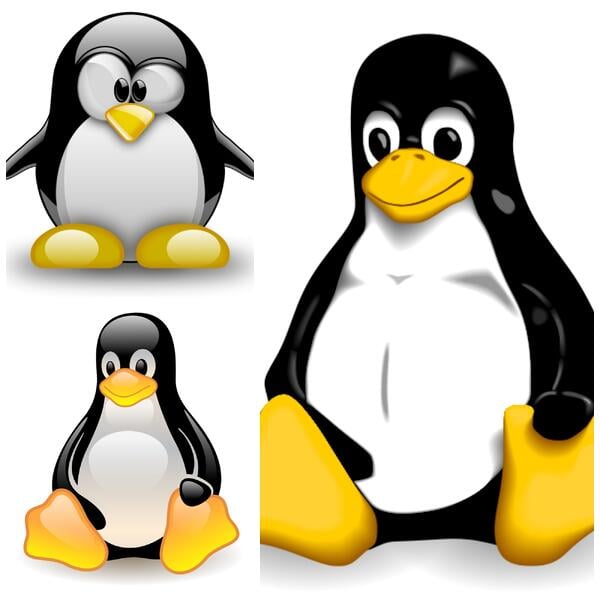 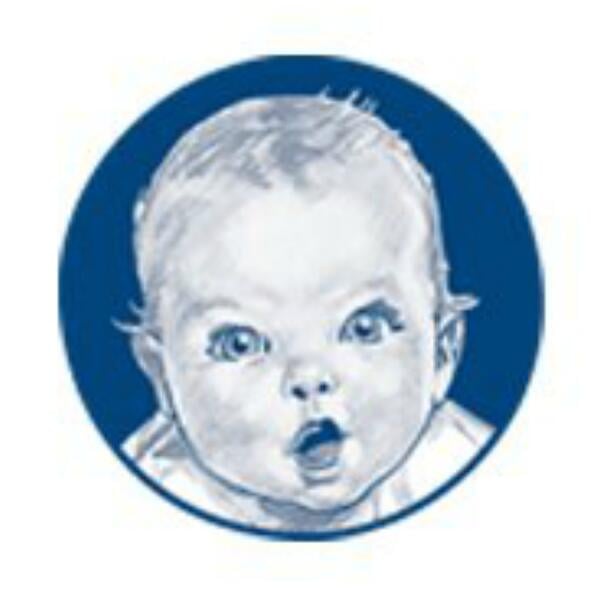 Alright, which adorable mascots did we miss? Share your awwww-inducing favorites in the comments!