How Could Online Ads Change in the Next Five Years? 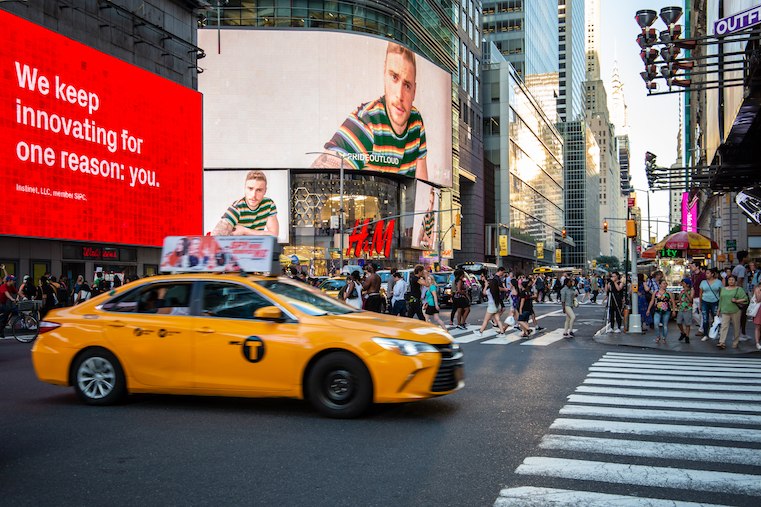 In the past year alone, ads have seen a considerable number of changes.

Online, many are cracking down on certain ads — those that are considered particularly intrusive, for instance, have been significantly curbed by the makers of certain browsers, such as Google Chrome. And elsewhere, companies providing such digital services as streaming music and television are allowing users to pay for ad-free options.

On Facebook, the option to incorporate Ad Breaks into Watch programs have expanded. On YouTube, certain Creators have been given opportunities to add unskippable ads to their videos. And when it comes to ad spending — well, it seems that many marketers are allocating a growing amount of their budgets to the video format, in particular.

Perhaps it’s the format that makes the impact. When it comes to traditional television and audio, it seems that people are more keen on the idea of ad-free options (or, at least, there are more available — hence the onset of Spotify Premium and Hulu Plus).

For the majority of our online lives, however, it seems that video ads might are a bit more acceptable. Earlier this year, we wrote about the engaging nature of this ad format — and how many users seem more likely to purchase products based on them, as opposed to text and static image ads, or other digital formats.

But when it comest to the trajectory of ads and what they might look like, where do users weigh in — and what do they think online ads will look like in the future

Here’s what we found out.

We asked 855 people across the U.S., UK, and Canada: "How do you think online advertisements will change in the next five years?" 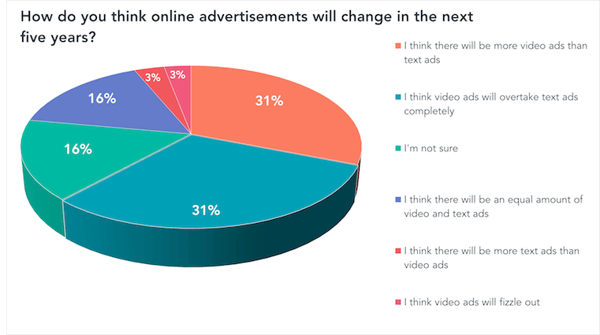 What This Outlook Could Mean

As we covered earlier this year, one possible explanation for the growing ad spend for video format could be explained by their engaging nature -- which could encourage users to make a purchase.

That could be because video ads are more likely to actually show the user how a product or service is used.

Text ads can also be used to explain -- but word count on these ads can be highly constrained, leaving advertisers with little real estate to capture the user's attention. Image ads, meanwhile,  can show users how a product or service might benefit them, but only with a single snapshot.

Videos, however, can go a bit further in showing the viewer how a brand might fill a previously unmet need -- capturing multiple moments in a visual way that's more engaging, and allows the user to imagine herself in the same situation.

And as 2019 progresses, the evolution of ad formats is likely to continue -- and adapt to consumer preferences.