Peak, Pique, or Peek? 6 Words and Phrases You Might Be Getting Wrong 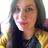 Many of us who are grammar-conscious already know how to distinguish between their and there. We know that should of should be should have. And we’ve learned a comma is all the difference between eating dinner with Aunt Judy and eating Aunt Judy for dinner. But beyond the basics, there are still many words and expressions we're prone to getting wrong.

We used a new tool called Correctica, which finds errors that even the grammar-savvy might miss, to round up six expressions people commonly get wrong --often more frequently than they get them right.

The phrase “first-come, first-serve” is written online incorrectly 49% of the time. Despite how often the two statements are used interchangeably, they are fundamentally saying different things.

We found in our research that this expression is more often used incorrectly than it is used correctly. Web writers are getting this one wrong 56% of the time.  The correct idiom is “whet your appetite.” The word "whet" means to sharpen or stimulate, so to "whet your appetite" means to make you hunger for something. This idiom can be particularly confusing because of the similarly phrased idiom “wet your whistle," which means to take a drink -- to literally wet your lips (your whistle) with booze.

Correct: "Home in," although "hone in" has become an acceptable alteration in some references.

This particular expression is hotly debated. Technically "home in" is the correct expression, although some references now consider “hone in” to be acceptable. To "home in" on something means to move toward a goal. Homing devices and homing pigeons derive from the same meaning -- a missile homes in on its target; a homing pigeon nears his destination. To “hone” means to sharpen. To use this correctly, you would say, “I want to hone my writing skills.” This would mean you want to sharpen your writing skills. But you would likely not say, “The GPS device helped us hone in on our destination.” When followed by the preposition “in,” the word hone simply doesn’t make sense.

The expression “baited breath” is used incorrectly 44% of the time. The term "bated" is an adjective meaning "in great suspense." It originated from the verb "abate," meaning "to stop or lessen." So if you were to say you “wait with bated breath,” then you’re essentially saying you're holding your breath with anticipation. The verb “bait," on the other hand, means "to taunt;" often to taunt a predator with its prey. For example, a fisherman baits his line in hopes of a big catch. Considering the meaning of the two words, it’s clear which is correct -- but the word “bated” is mostly obsolete today, leading to the ever-increasing misuse of this expression.

These three homophones are frequently confused and used interchangeably. Here's a cheat sheet for you:

When you attend the early viewing of a movie, it’s a “sneak peek," not a "sneak peak." It means that you’re getting a special look at the movie. When you want to learn everything you can about the latest iPhone, the device has “piqued your interest,” not "peaked your interest," because it's excited you and made you curious. When you’ve reached the highest level of achievement in your career, you’ve reached your “career peak,” i.e. the top. Now it’s time for a vacation so you can go climb a mountain.

Which expressions have you seen people mix up? Share with us in the comments below!