How Being 'Good-ish' Can Make You A Better Leader 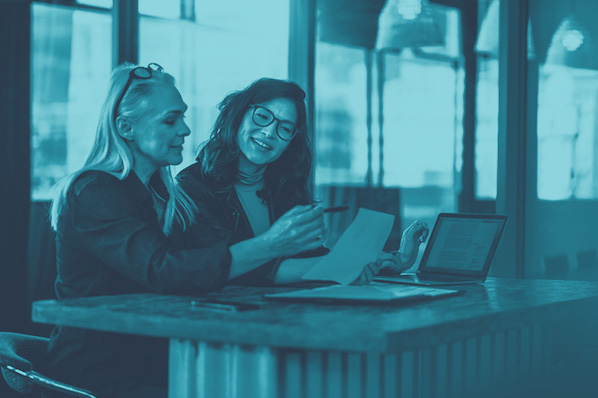 We do our best at work. We donate to charity. We're loyal to our friends. We're kind to our parents. And, particularly in times of doubt, we pull these examples to the very forefront of our minds to remind ourselves we're doing good.

Typically, our idea of "good" and "bad" is relatively black and white -- in movies like The Lion King, for instance, you're either evil like Scar, or good like Simba. You can't be both.

But what if our desire to cling tightly to the idea of being "good" actually gets in the way of us being better? According to Dolly Chugh, when it comes to being a good person, our either/or mentality does just that.

Chugh -- who is a psychologist, a management professor at New York University's Stern School of Business, and the author of The Person You Mean to Be: How Good People Fight Bias -- says it's critical we let go of our rigid view of what it means to be good. If we don't, we risk being unable to own and grow from our mistakes.

I sat down with Chugh to learn how our narrow view of "good" versus "bad" can actually impede us -- from becoming better leaders, employees, and people.

Why Our "I Am Good" Identity Means So Much

Imagine an identity you feel is incredibly important to you -- maybe you value being an intelligent student, a powerful leader, or a helpful friend.

Let's say you value being a strong leader, but you're not sure if your colleagues would attribute this trait to you. As Chugh writes, "When we are unsure whether an important identity has been granted by others, our craving for affirmation becomes more intense and urgent ... i.e., if I value being seen as a loving mom, then I feel self-threat when other mothers judge me for working full-time."

If you value being a leader, but don't feel properly acknowledged by others, you might feel self-threat when someone makes a comment like, "I've always thought you were too quiet to be a leader." Someone else, who doesn't care about being a good leader, might not feel such a threat.

But here's the catch-22: When faced with self-threat (e.g., a threat to your identity), many of us become frenzied as we try to gain affirmation for that specific identity. And in our pursuit of that affirmation, we become less focused on being a good person, or any of our other identities that matter -- like being a good ally, or friend.

As Chugh writes, "The affirmation [we desperately seek] relieves the self-threat, but ironically, we end up acting less like -- not more like -- the people we mean to be."

Chugh and her colleagues have conducted research regarding people's morality in times of self-threat. For instance, Chugh asked participants to do a word scramble task, and measured whether each participant saw the task as a challenge or a threat. Ultimately, Chugh and colleagues found that when participants felt faced with a threat, they were more likely to morally disengage, or turn off their conscience.

There have been other studies that have explored the correlation between self-threat and identity. One study asked 300 adults in England to indicate their intentions to change their travel behaviors. Half of the participants were shown short transport-related descriptions that were designed to threaten the participant's target identity (being a parent); the other half were shown neutral descriptions.

As you might've guessed, participants who experienced self-threat were far more resistant to change than those who weren't.

All of which is to say: If being "good" is an important identity to you (which, to most of us, it is), then you're more likely to morally disengage, and resist change, when you're experiencing self-threat -- even if that self-threat is meant to be helpful feedback.

Ultimately, our narrow definition of "good" is too often constricting, and doesn't allow room for growth.

Chugh told me, "We paint ourselves into a tight corner when we view being a good person as either/or. It makes it hard for us to see the times in which we might be contributing to a dynamic that discourages people of color from staying at the firm, or women from applying."

"Sometimes," Chugh stresses, "We are good people with good intentions who are having bad impact."

This only becomes worse when faced with self-threat.

When someone questions whether you're a good work ally, you might become defensive and miss out on the feedback that could've allowed you to become a better ally.

"We want to see ourselves as deserving and free from unfair advantage. Phillips shows that we literally remember our childhoods as more difficult when we are told of disadvantages people from other groups face,” Chugh explains. “That is how powerfully our unconscious mind fights to protect our good person identity."

But … is that such a bad thing?

The Problem With Wanting To Be Good

There's nothing wrong with wanting to be good.

Unfortunately, the problem arises when you believe you're either inherently good or inherently bad, with no room for mistakes or growth.

For instance, consider the last time you behaved in a way that felt less than ideal -- maybe you made an offensive joke in the office kitchen. Perhaps someone at work called you privileged, so you felt judged for your lack of charity work.

When these instances arise, we typically become defensive -- when we'd benefit more greatly from remaining open and receptive.

In her TED Talk, Chugh explains how flawed our mentality towards morality truly is.

"If you needed to learn accounting, you would take an accounting class, or if you become a parent, we pick up a book and we read about it. We talk to experts, we learn from our mistakes, we update our knowledge, we just keep getting better," Chugh says.

Chugh urges us to change our thinking -- what if, instead of needing to be good all the time (or not at all), we just tried our best to be "good-ish"?

Chugh told me how important it is to "let go of being a good person and embrace being a good-ish person. Good-ish people actively look for their blind spots and mistakes. So, if someone helps us notice a blind spot, it is actually doing us a favor."

To further understand her research, let's consider an example. Say you're a team leader, and a coworker from HR mentions that your team lacks diversity.

More than likely, you'll jump to your own defense: "We actually have three women on the team!", you'll say, not noticing that you're still lacking other types of diversity.

Your comment makes you feel reassured that you're a good person, but ultimately, it doesn't help you grow, or recognize the blind spot you might've missed.

In other aspects of our lives, we're very capable of receiving feedback -- and yet, where it matters most, we too often fall short.

Instead, let's say you've embraced the idea that you're "good-ish", like Chugh suggests. Maybe you pause when you hear your coworker's comment, and think, "Huh. That's a good point -- I should adjust my recruitment strategy. Too many of my employees are extroverted, which leaves little room for talent diversity. Additionally, while I do have three women on my team, I don't have any women of color, which isn't okay."

By operating under the belief that morality is nuanced and dynamic, and not at all black-and-white, you're more capable of owning your mistakes -- which is ultimately critical to becoming a better leader, and person.

If you're in a leadership position, Chugh suggests adopting a growth mindset. She told me, "I think senior leaders owe it to themselves to work one-on-one with an executive coach to wrestle with their blind spots privately. This is hard work and it is difficult to do in the limelight."

In her TED Talk, Chugh acknowledges the difficulty of becoming vulnerable and receptive to feedback regarding our own integrity. It certainly isn't easy.

But, as Chugh points out, "As a good-ish person ... I become better at noticing my own mistakes. I don't wait for people to point them out. I practice finding them, and as a result ... Sure, sometimes it can be embarrassing, it can be uncomfortable. We put ourselves in a vulnerable place, sometimes. But through all that vulnerability, just like in everything else we've tried to ever get better at, we see progress. We see growth. We allow ourselves to get better."

Ultimately, dropping the pressure you feel to be "good" -- and allowing yourself to admit you're "good-ish" -- could be the difference between being a good leader and a great one, or a good ally and a great one.

And who wouldn't want that?