"Ladder -- a growth hacking company" had a nice ring to it when I started my company a few years ago. 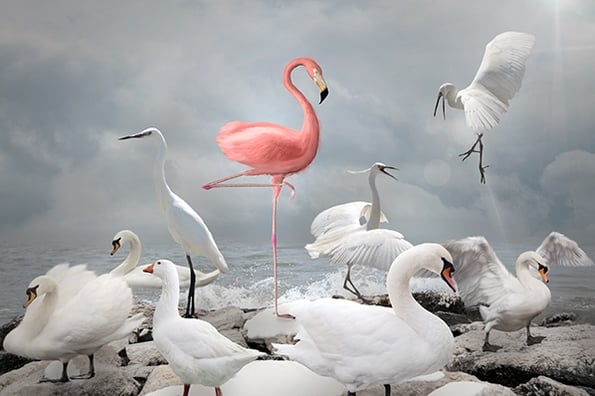 As one of the few agencies in the industry using data-driven methods to launch and scale companies, I thought associating our brand with "growth hacking" would make us seem like a valuable, forward-thinking group.

Without an established brand, I needed something relatable, accurate, and marketable that our audience could use to identify the type of service we provided. By the time “growth hacking” had become a common term -- but not yet a ubiquitous buzzword -- our ads and articles using the phrase performed exceptionally well, which told me our audience thought growth hacking was important.

Little did I know, riding the wave of a shared industry term instead of our own identity would get us in major trouble.

As the term "growth hacking" eventually evolved into a tired buzzword, we had no other choice but to distance ourselves from a phrase that now carried negative connotations.

The Rise and Fall of Growth Hacking

After Sean Ellis coined the phrase in 2010, growth hacking caught on quickly. Before long, it was being used to describe all kinds of marketing: technical marketing, data-driven marketing, or anything else a rising marketing firm wanted it to mean.

The term's versatility became its undoing. No one knew specifically what growth hacking was, which led shady startups to use it to describe all sorts of black hat, abusive marketing practices. A growth hacker might offer beneficial data-driven, high-value ad campaigns, or detrimental one-off social media services that didn’t scale.

Almost overnight, growth hacking became a cover for shoddy marketing practices instead of the catchall phrase for data-driven strategies that it once was. It led people to try tactics for the sake of trying them, throw data completely out the window, and toss marketing strategies at the wall to see what stuck. As the phrase’s reputation began to suffer, it started to drag our company down with it.

Our Journey Alongside a Buzzword

As we were trying to grow our own company in the midst of this transformation, we continued to do things the right way: looking at real data to make educated decisions and striving to do right by our clients. And yet, we continued to call ourselves "growth hackers" -- a term that had eventually embodied the exact opposite of what we wanted to convey.

I realized we needed to change direction when our previously successful content was suddenly met with scorn. Editors and publications rejected our articles, telling us the term was an outdated buzzword. Our PR mentions dried up, and as they did, our revenue took a hit.

After working so hard to become the premier growth agency on the market, we knew it would take a deliberate effort to distance ourselves from the term. Not only would we need to eliminate it from our official collateral, but we would also need to find new phrasing to attach to our philosophy. We started using new terms like "scientific marketing," "test-driven marketing," and "data-driven strategy" in an effort to shed the growth hacker label.

Shunning a term we'd spent so long embracing wasn’t easy, but over time we realized the pivot was well worth it. Taking the lesson to heart, we vowed to be more cautious and conscientious about which terms we associate our company with in the future.

We learned several lessons from the dramatic rise and fall of growth hacking. The following strategies will help other companies learn from our example and avoid getting caught up in a marketing trend over which they have no control.

When everyone else zigs one way, zag to the other.

We tried to fit in with the mainstream, so people would notice us and understand us. The messaging worked at first, but was it because people believed in our approach, or because the term was popular?

Now we position ourselves exactly as we want to be described. Instead of jumping on the buzzword bandwagon, we put things in plain language, explaining to prospects who we are and what we do without any superfluous fluff. We are more than just growth hackers; Ladder is a growth technology and services company, combining marketing with the scientific method to test new strategies and help businesses reach their goals.

No, that doesn’t sound quite as flashy as "growth hacking," but it functions in more ways than one. Not only do we now have more control over our own image, but we also attract higher-quality clients who know what they want and what to expect from our partnership.

Aim to Inform, Not to Impress

Buzzwords with ambiguous definitions confuse and alienate audiences. By implementing clear, direct messaging, audiences now know exactly who we are and what we do. That increases our credibility much more than it did to throw out a term that thousands of others were using to describe themselves.

We learned to never try to impress someone by making services sound like more than they are. We strive to eliminate jargon and explain things in terms that even people outside the industry can understand.

For instance, we have found that the term “scientific approach” means more to people than “growth hack” ever did. It describes why our process is all about removing guesswork and outlining strategies with clear, easy-to-follow reasoning, and advertising our scientific approach reflects that.

"Science" may not have the same curb appeal as "hacking," but it works. Prospects and clients understand what our brand is about, and no one feels uneasy trusting us to help them hack their way to success through some kind of inexplicable marketing magic. As a bonus, clients don’t have wild expectations that we will somehow hack their way to the first page of every Google search overnight -- a win-win scenario.

Founders and marketing professionals see their companies far differently than prospects do. Rather than worry about positioning the brand, we have shifted our focus to discovering what solutions prospective clients want to see.

Do prospects want "an innovative, agile, full-stack app development firm specializing in UX" or would they rather have "a partner who creates and develops user-friendly technology quickly"? (Spoiler alert: Most people would prefer the latter.)

What sounds savvy and sophisticated to marketers often makes customers question whether the company offers the specific solution they need.

Startups love to call themselves "disrupters," but disruption outside of tech innovation isn’t always a great thing. Similarly, while founders want to tout their "innovative" approaches, certain customer segments prefer safe and reliable over innovative and unknown.

During our transition, we realized that our prospects didn’t actually want someone to hack their growth. They wanted a partner to provide reasonable, data-driven strategies that would achieve measurable results. Once we realized that, it was easy to drop the label and be ourselves.

If you get caught up in the latest craze, you could lose sight of your genuine differentiators. Being honest in marketing communications and telling customers the plain truth might not be exciting, but people will appreciate the openness -- and honesty never goes out of style.