How Many People Are Really Using Ride-Hailing Apps? 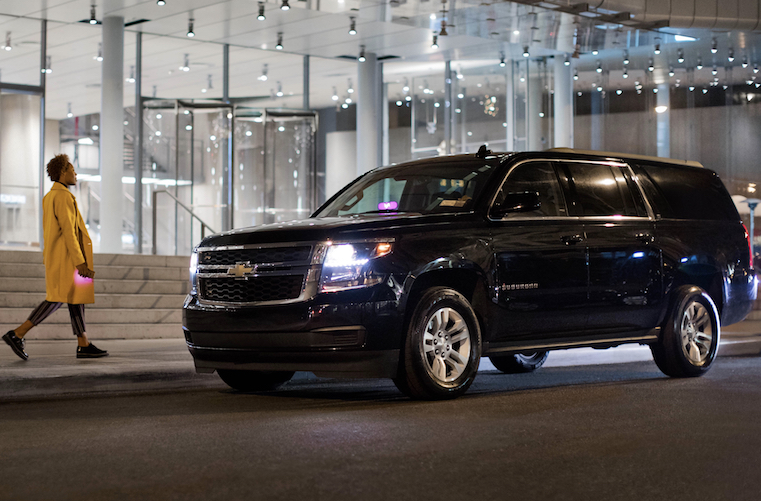 Earlier this month, the Pew Research Center published a report examining the way people travel — specifically, by car, and on an even more micro-level, by using a ride-hailing service, like Lyft or Uber.

However, not all of these consumers may use ride-hailing services on a regular basis — with the study also finding that only 4% said they do so on a weekly basis.

The companies behind these ride-hailing apps — with the two top “contenders” arguably being Lyft and Uber — have seen somewhat tumultuous times in recent years.

Toward the end of 2018, both companies filed for IPO in rapid succession. Both are in a race to become the leader in self-driving car technology, often leading to serious problems, such as when one of Uber’s autonomous vehicles struck and killed a pedestrian in Arizona last year.

With all the ups and downs, how prevalent is ride-hailing app use among the general public? To find out, we conducted a census-style survey of over 4,100 people across the U.S., UK, and Canada. Here’s what we learned.

How Many People Use Ride-Hailing Apps?

First, we asked: “Have you ever used a ride-hailing app, like Lyft or Uber?” 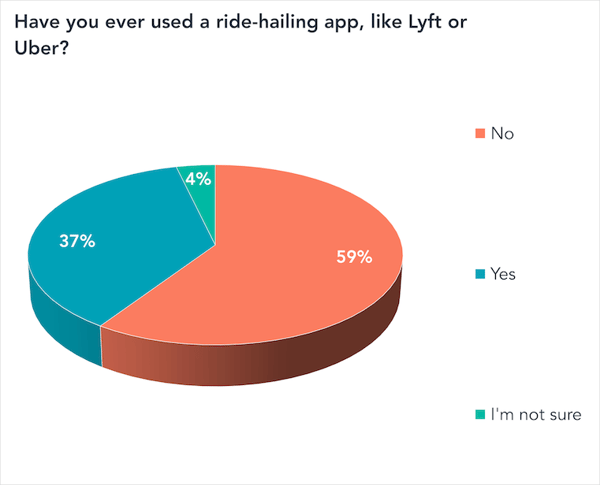 More than half of respondents indicated that they have never used a ride-hailing app, aligning with the Pew Research Center's findings -- which found that 36% have used such a service before, compared to our 37%. 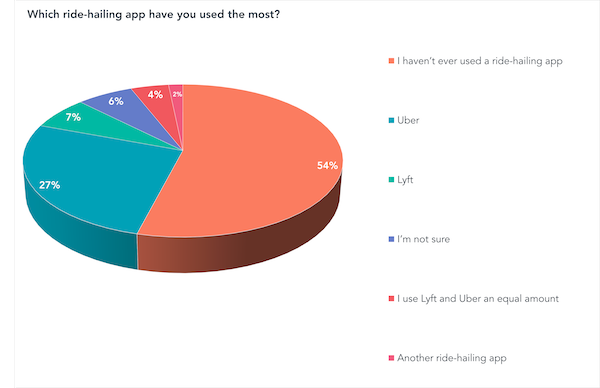 While over half of respondents again said they've never used a ride-hailing app, the second-highest population -- 27% -- answered that they use Uber the most.

How Often Do People Use Ride-Hailing Apps?

Next, we asked: “How frequently do you use a ride-hailing app?” 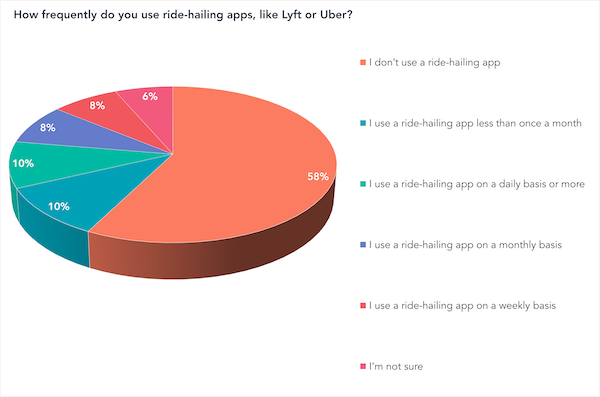 These findings were consistent with previous one, with the highest number of respondents answering that they do not use ride-hailing apps.

What do people use ride-hailing apps for the most?

Finally, we wanted to find out the primary purpose behind ride-hailing app use, so we asked two questions.

Then, we wanted to learn how people use these apps the most. We ran a similar question, but required respondents to pick one primary ride-hailing app use case, asking: “Which of the following reason describes your primary purpose for using ride-hailing apps?” 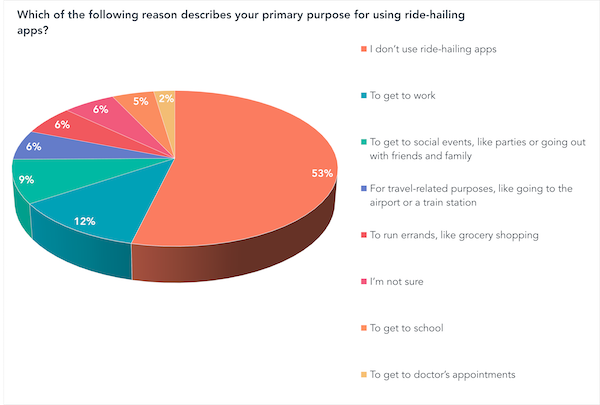 The Future of Ride-Hailing

Based on these combined findings, it could be possible that ride-hailing apps and services are more popular -- and more frequently used -- in urban areas and cities where residents are less likely to own or need cars.

But as we've learned from the month's events -- especially the takeover of wellness-related technology at CES -- parts of the industry is turning its focus to new areas and user groups, such as aging populations that might become more reliant on ride-hailing services, which has been core to a recent Uber advertising campaign.

And as more tech companies expand with broader audiences in mind, so could market permeation and use follow -- with ride-hailing being no exception.