How Promotions Really Work: The No-Nonsense Guide to Progressing in Your Career

Think of the people you've worked with over the years who have really, really kicked butt at their job but never seemed to rise up the ranks. They delivered on every task that was asked of them, demonstrated great work ethic, kept out of petty office politics, stayed late at the office -- basically, they ticked off every box from those articles you've read on how to get promoted. 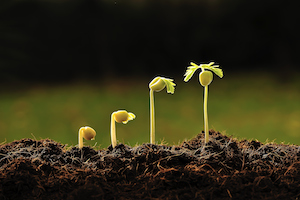 So ... why weren't they? And if they weren't promoted, then is there any hope in the world for you?

Yes, yes there is. It turns out that, for the most part, being great at your job itself isn't what gets you a promotion. It takes a lot more than that to climb that corporate ladder -- including careful planning, strategy, good timing, thorough execution, and humility.

In a competitive environment, how do you get that promotion you've been eyeing? Let's take a deeper dive into how promotions actually work and the steps you can take to plan and negotiate for one.

Several things have to be true for you to get promoted:

1) There is a business need you can solve.

There needs to be a position open, or the need for a position to be opened, that you would be the best person to fill. Maybe a position opened up because someone left, or perhaps your organization is growing and a new position was created or could be created -- if you could fill that role, you might be up for promotion.

Unfortunately, there won't always be an open opportunity for someone who feels ready to move up. For example, if you are an accountant reporting directly to a tax director who plans to stay in his position for a few years, you'll probably have to move to a different company or department within your current company.

You need to be doing things above and beyond the scope of what you were hired to do, and you have to make your superiors aware (in a humble, non-aggressive way) that you're able to operate at a higher level than your current job.

This means that, in addition to being extremely good at your job, you must show your boss you can handle a broader range of responsibilities. Not only have you nailed all the tasks that have been assigned to you, but also you've also looked around, seen challenges faced by the organization, and found some solutions. Remember, you aren't paid to identify the problems -- you're paid to find the solutions.

A lot of people make the mistake of getting pigeonholed into one specific skill area. Instead, make your way onto projects that combine many different skills so you can eventually run teams or devise multi-channel strategies. For marketers, it's a good idea to get experience both on the agency side and the client side, and if possible both in B2B and B2C marketing.

Above all of those skills, you've got to stay current. There's a tsunami of new marketing trends available -- content marketing, targeting and retargeting, rewards and gamification, and cross-platform SEO are just a few that come to mind. You need to devote time to learning the most current marketing trends throughout your career. But that's the fun part!

Visibility and reputation can have a huge impact on whether you're promoted. You need to be "seen" -- this means venturing outside of your normal, day-to-day responsibilities and building a network within your company. Exposure to the right people helps you set yourself up to show you're the best person for the promotion when it opens up.

Perception of ability matters too: You want people to believe you can operate at a higher level than you do in your current position. A great way to show your coworkers your broader skill set is to help them out with their work when you have extra time. By helping others get better, you'll show leadership qualities and demonstrate that you're capable of doing more than you're currently doing.

4) You are humble and graceful.

There is an art to striving for promotion. It's not just what you get done, it's how you get it done. A leader can't promote someone who solves problems but leaves a trail of bad blood behind -- you need to be easy to work with, too. Also, if you're too outwardly aggressive about getting the promotion, you'll leave your coworkers with a bad taste.

A lot of people think promotions happen at your annual review. This isn't actually true for the vast majority of companies. Any promotions that do happen incrementally are often administrative formalities, like adding "senior" to or shredding "associate" from your current title -- but the odds of a significant increase or change in responsibilities often don't follow.

And more often than not, you won't be successful if you try to get a promotion at your current employer using a job offer from another company. You might get a raise or you might get shown the door, but an actual promotion is probably not in the cards. And if you do have the moxie to pull off this technique, remember this: You can only do it once. The odds of it working a second time at a given employer are microscopic.

How & When To Bring Up a Promotion With Your Boss

When should you bring up your goal of a promotion with your boss? Pretty much every time you regularly meet to catch up. Your career path within the company should be an ongoing dialogue with your boss, including which position or positions you'd be interested in advancing to someday. Good managers expect conversations like this because they hired people who have broader potential and an interest in advancing.

Some managers are proactive about having this conversation with their employees, while others need a bit of a nudge. If your manager is proactive, she'll sit down with each of the people working for her to understand where they hope to go in their career, which areas they find most interesting, and where they add the most value.

If you're not having this conversation with your manager, then don't be afraid to bring up your career goals and aspirations with her yourself. Let her know that you're really enjoying your work and that you want to contribute more and perhaps get promoted at some point. (Don't give a time frame.)

And then -- and this is key -- ask what it will take to be considered. This does two things: 1) it notifies your boss that you're interested in being promoted, and 2) it gives her an opportunity to tell you what your strengths are and, more importantly, where you need to improve. Be prepared for feedback and listen to it carefully. Take notes so you have a record of exactly what she told you you needed to do in order to get promoted -- you'll be able to use this later as a to-do list of sorts. Then, deliver on what is being asked of you.

Once you've acquired the skills you need, built the relationships you need to build, and shown your coworkers you have the capacity to take on more responsibility, you'll be in a position to say that you'd like to be considered for promotion. If you've met the above requirements, you'll have a very good chance of getting a promotion.

What is the best advice you've ever heard on how to get promoted? Share in the comments below!